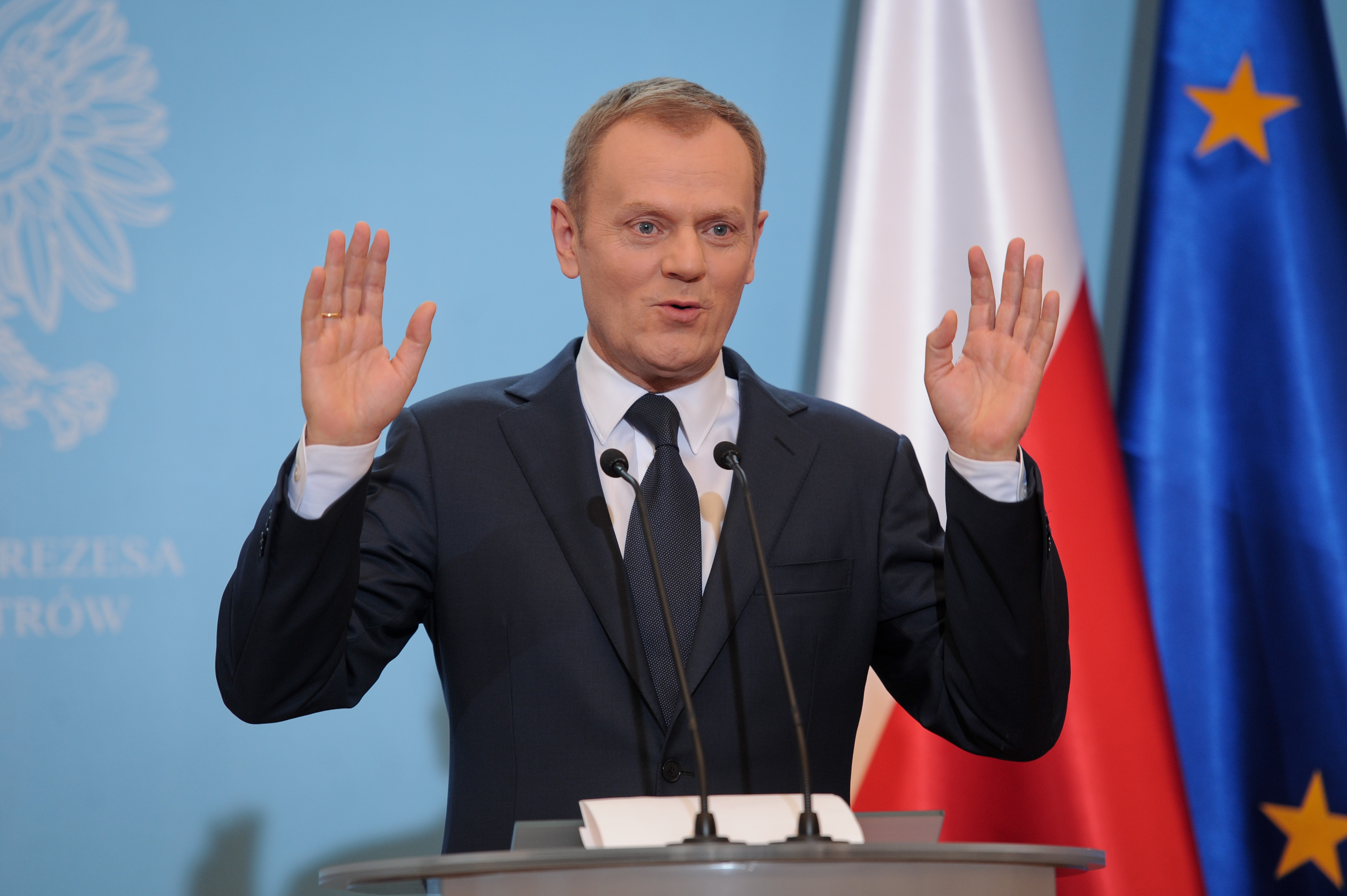 Polish Prime Minister Donald Tusk and Italian Foreign Minister Federica Mogherini were named to top European Union roles, after several hours of negotiation between heads of state and government in Brussels on Saturday.

The Polish prime minister, Donald Tusk, become the President of the Council of European Union. Tusk, a leading EU hawk on the Kremlin and the crisis in Ukraine, is set to become the second president of the European Council, the top official who chairs EU summits and mediates between the 28 governments. He has come under strong pressure over the past week to accept the post and signaled on Friday that he would take the job if there was a consensus behind him.

Tusk’s difficulty is that he speaks no French and only poor English, the lingua franca of the summits and also essential in representing the EU abroad and to the media. He understands German.

Mogherini will continue to mediate an unprecedented rapprochement between Serbia and Kosovo, as well in deals between Iran and the West over its disputed nuclear program.

Merkel: Balkans part of European Union as soon as possible

New summer destination? Albania and its road to the European Union

Dimitrov: Still a lot of work ahead in order to reach a desired European reality