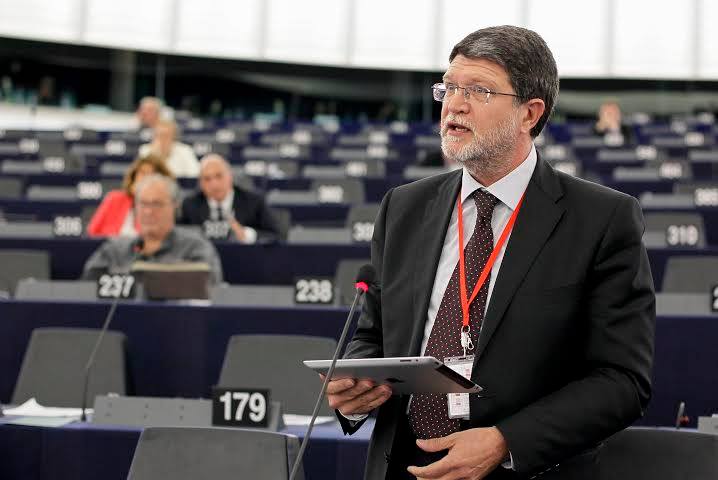 BRUSSELS – This morning at a meeting, MEP Tonino Picula posed a question on the situation in Bosnia and Herzegovina to Federica Mogherini, Italian Foreign Minister and future High Representative for Foreign and Security policy.

Picula expressed regret that the situation in Bosnia and Herzegovina remained unchanged since the country has continuously been blocked due to long internal deadlock. “Bosnia and Herzegovina, fortunately, is not an issue size of Ukraine/Russia but it is still an important test for the application of a common European foreign and security policy,” stressed Picula.

Picula asked Mogherini about any perspective for BiH she sees after the upcoming elections in October, due to the many failures that have occurred, “by which I mean failing to implement Sejdić-Finci judgment, the modification of the electoral legislation and other problems.”

Mogherini expressed the hope that the post-election process will give necessary reforms that will primarily serve the citizens. She pointed out that the previous position of the Italian Minister of Foreign Affairs regularly communicated with the authorities in Sarajevo, and the dedication to continue working to resolve this issue in the future, as High Representative for Foreign and Security policy.

A representative Picula support she and her commitment to the search for solutions using political, rather than purely academic approach and the fact that in her agenda she highly ranked enlargement of the EU as “subject to prior achievement of reforms necessary to preserve the credibility of the European Union,” as in her speech stressed Mogherini.

New summer destination? Albania and its road to the European Union

Halid Genjac, MP from Bosnia and Herzegovina for EWB