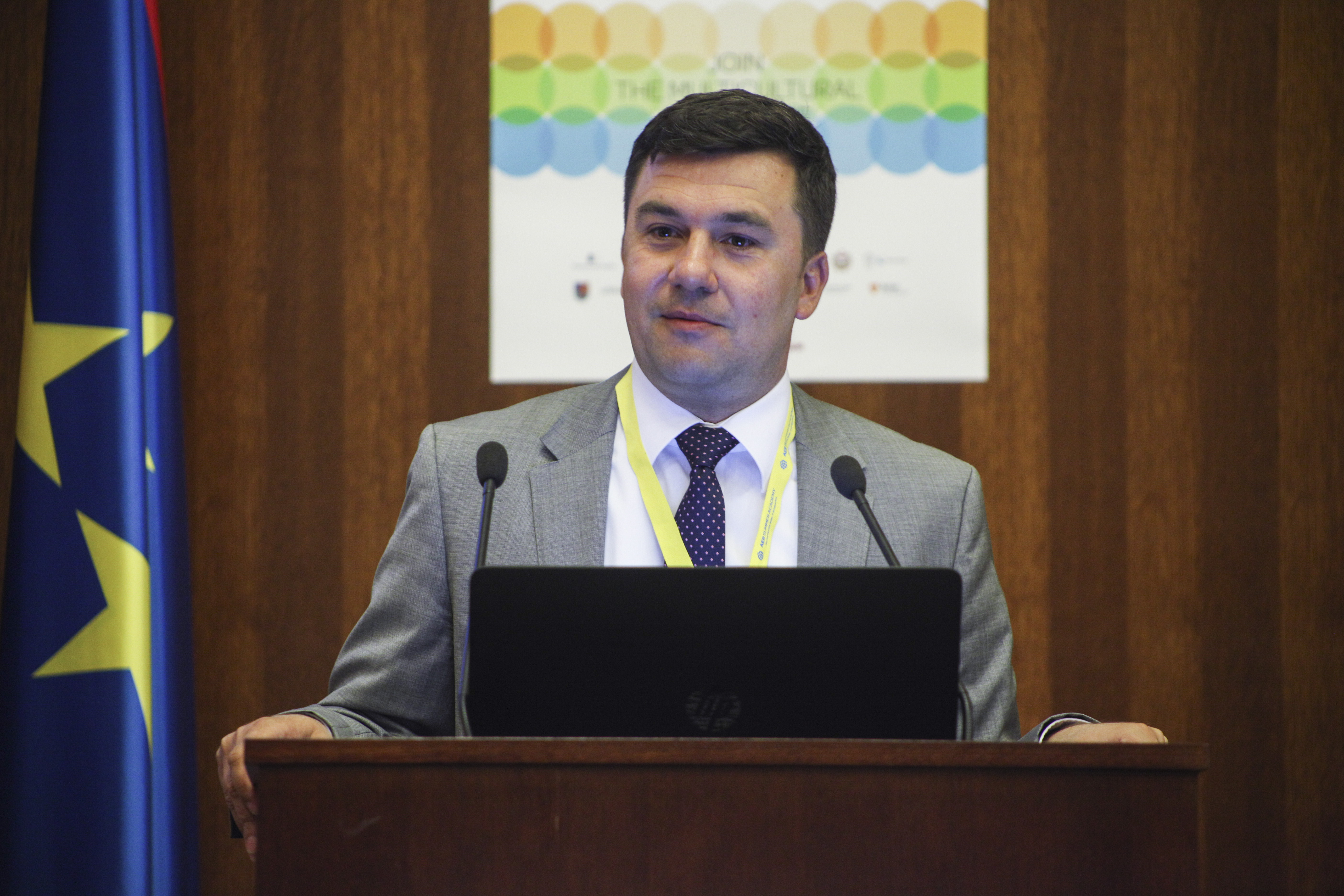 The Autonomous Province of Vojvodina, as an authority of territorial autonomy of the Republic of Serbia, is primarily engaged in positioning of the Province’s international activities, and the European Union membership, being a strategic orientation of the Government of the Republic of Serbia, the Provincial administration sees as the path towards the society with stable democracy and developed economy.

The EU’s policy making is significantly related to the regional authority level, therefore the Provincial administration considers it part of its political responsibility to create a constructive environment in Vojvodina that will, in the forthcoming period, function within the numerous European regions and within the European institutions.

The aim of the activities of the Secretariat is to empower and profile the priorities of Vojvodina’s inter-regional cooperation, position its role in the process of the European integration, provide assistance in systematic strengthening of the provincial administration and raise awareness of the Vojvodinians about the accession of the Republic of Serbia to the EU.

In order to enable Vojvodina to take an active and leading role in this process, it is necessary for the provincial administration to work together with other actors operating in its territory, who are final beneficiaries of the European processes: the scientific and educational institutions, companies, associations and various forms of citizens’ initiatives as well as citizens.

“The European Values” and intensive relations with the European regions are essential part of the provincial policy, along with the clear determination concerning intensification of the process of the European integrations, having the final goal prosperity of the Province’s citizens.

Vojvodina in the European Integration Process

Due to its geostrategic and geopolitical location, the AP Vojvodina has a special place and represents one of the key actors in the international cooperation of the Republic of Serbia. Vojvodina is unique cultural area, with six official languages, 26 different ethnic communities, around 35 churches and other registered religious communities. Various traditions are observed here, but they are all encompassed by the same idea: Vojvodina is liberal and democratic.  Being a European region with little bit under 2 million inhabitants, it is the region which best represents the essence of the European idea of common living, regardless of the language you speak, your nationality or religion. Vojvodina makes up 27% of the total territory of the Republic of Serbia, whereas its share in the state’s GDP is over 27%, and in the total export around 40%, which proves the fact that it represents the motor for the development of the entire state.

The regional and local authorities are defined by the EU regional policy as the key actors of the regional development process, which along with the national and supranational bodies participate in creation of the regional development. The Maastricht Treaty, of 1992, as one of the most significant European documents, strengthened the regional dimension of the European integration process, introducing the principle of subsidiarity, which enabled establishment of the Structural and Cohesion Funds budgets and the Committee of the Regions. Afterwards, the values and criteria determined by the Lisbon Strategy particularly emphasized the importance of the contribution of the cross border cooperation, both at the regional and the state level. The same was done by the new European strategy 2020, which determined a new period for the cycle of programming the finances and funds, methods and benchmarks of development. In addition to the documents, South East Europe 2020 Strategy, 2013, and the Danube Strategy, should improve the economic opportunities and standard of the citizens in the South East Europe region.

Even three quarters of the EU legislative norms have been applied at the local and regional levels, therefore it is important for Vojvodina and the local self – government units to ensure partnering relations and permanent communication with the line ministries and other bodies that participate in the European integration process. Undisturbed and timely flow of information between the European Integration Office of the Government of the Republic of Serbia and Negotiating groups of the Coordinating body for the European Union accession process, will enable provincial institutions to prepare in timely manner for the European Union membership, in line with the competencies and the positive-legal regulations. This particularly refers to the participation of the Vojvodina representatives in the expert teams for harmonization of the Republic of Serbia legislation with the acquis communautaire, and meeting the Copenhagen criteria, that is, adoption of the complete corpus of the acquis communautaire, which “obliges” the Province to harmonies its regional legal acts and administrative structures with the European ones.Accordingly, in order to achieve stronger regional developmental capacity, it is necessary to establish partnerships with other institutions, in terms of horizontal (Provincial Secretariats – specialized agencies for development – the scientific institutes) and vertical (Provincial Secretariats –National authorities – Local self-governments) cooperation.

The Provincial administration will closely monitor the European integration process, range, pace, and the quality of adoption of the acquis communautaire, particularly in regards to preservation of the rights of the national minorities, multilingualism, multiculturalism, and development of the democratic institutions i.e. the fields it is mostly interested in. Considering the fact that the essence of the particularity of the territorial autonomy with multilingual, multinational and multicultuon of the main acquis criteria that, among other things, regulate human rights and protection of the minorities, and citizens, political and cultural rights; it is evident that it is not possible to implement the National programme forral character is, according to its content, compatible to the regulati adoption of the acquis unless the specificalities and particular legal position of Vojvodina within the Republic of Serbia are taken into consideration. On the other hand, the Provincial administration will provide all relevant information from its territory, such as, for instance those that relate to the respect of right to information, respect of national minorities’ rights and other areas of acquis communautaire.

Provincial administration will make every effort to achieve the institutional level where all institutions coherently enter democratic integration processes, in order to protect the interests of its citizens and get ready for taking the role of the “European region”.

As regards the European integration process, the AP Vojvodina bears the responsibility that reaches the extent necessary to protect the rights of the citizens of Vojvodina during the process of harmonization of the national legislation with the EU acquis, to be informed about all activities related to the European integration, which  concern the province’s competencies, to monitor the process of harmonization of the legal acts and administrative structure with the European experiences and practice and to develop financial and administrative potentials, capacities to use pre-accession assistance and maintain structured institutional network aiming at transferring incentives and funds to the local level, from rural development policy, promotion of small business development, protecting natural wealth, to protection of cultural heritage.

In the entire process, representatives of the provincial administration, together with the state authorities, take participation in the European Union accession process as follows: within the forthcoming involvement of the AP Vojvodina representatives in Negotiating groups of the Coordinating body for the European Union accession process and participation in the Working groups for programming development assistance to the Republic of Serbia and the Working groups for programming IPA cross-border cooperation programme 2014-2020. (HU-RS, RO-RS, HR-RS). We have particularly great expectations as regards the beginning of work of the Joint Consultation Committee of the regions of the European Union and the Republic of Serbia that is represented by the local and regional authorities.

It is quite clear that Vojvodina will face a more advanced, competitive and volatile economic and political environment in the upcoming decades; an environment characterized by different processes such as the globalization, further developments in information and communication technologies as well a new competitive market. In light of these new circumstances, Vojvodina shall create an adjustable, flexible decision-making mechanism pertaining to international cooperation and EU integration with respect to current trends in international communication, through partnerships and association, both on the internal and international level.

Ivan D. Lekovic, Head of Mission of Montenegro to EU for EWB

On Poznań Summit: It Is Time to Deliver Together