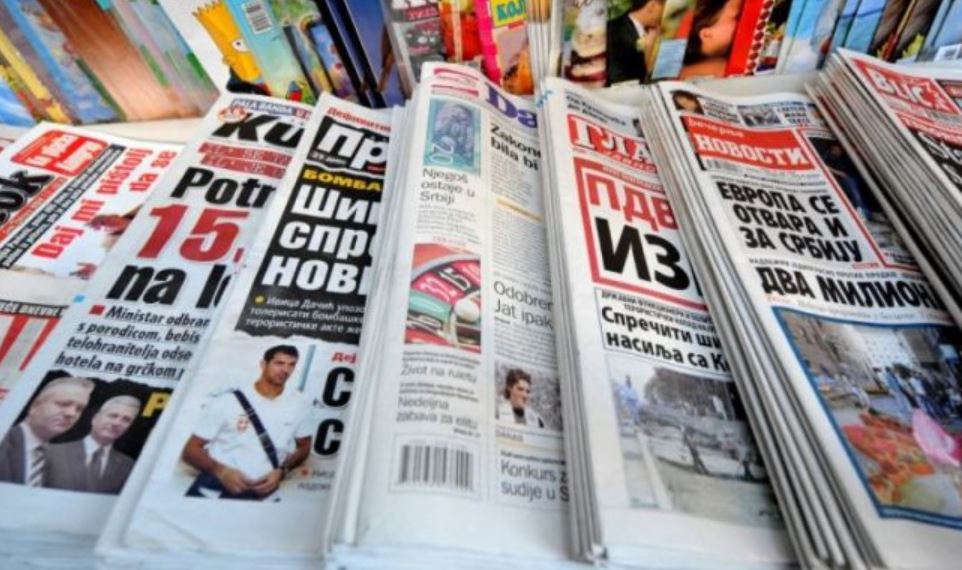 It has been noted that media freedoms in Serbia have been suppressed since the rise of Prime Minister Aleksandar Vučic. On 10 January, at a news conference the Serbian PM accused the EU for “paying journalists to lie, working against the Government of Serbia,”[1] just after Balkan Investigative Network (BIRN) published an article that shows wrongdoings in relation to the tender procedures that signal corrupt activities of the Serbian government. This move has created a lot of noise in the Serbian public sphere, and resulted in a conflict between the EU Delegation to Serbia and the Prime Minister. This incident is indicative of the situation in the country regarding media freedoms, which is effectively worsening by the day.

The problems in this sphere became public for the first time in June 2014 after Mr. Vučić had an overt confrontation with Ms. Dunja Mijatović, the OSCE Representative on Freedom of the Media. At a conference devoted to the Internet media in Stockholm, Ms. Mijatović expressed her opinion of a  “worrying trend of online censorship in Serbia,” which was featured on the Voice of America.[2] In this particular case she was referring to the recent hacker attacks on Peščanik, a web-portal that publishes opinion pieces written by intellectuals who promote the values of civil society. These attacks occurred after the portal had published an article claiming that the Minister of Interior, Nebojša Stefanović, plagiarized his PhD thesis. Ms. Kocijančić’s reaction was backed by Mr. Saša Janković, the Ombudsman of Republic of Serbia, who also warned of an “emergency situation” in terms of freedom of expression in Serbia that followed a real emergency situation of the floods in May. As a response, Mr. Vučić requested an apology from the OSCE, an action not to be expected from a prime minister. The apology never came.

At the beginning of the current year, Serbia had undertaken the path of accession negotiations with the European Union. According to the Copenhagen criteria the media freedom is a pertinent issue to be taken account of and is assessed in the EU Commission’s Progress Reports. The last Report issued in November of 2014 shows that the Commission has in fact register this worrying tendency and has drawn attention to the censorship and lack of media independence and freedom. Moreover, the assessment of the OSCE’s Office for Democratic Institutions and Human Rights (ODIHR) is supported in regards to media reporting being insufficiently analytical and “influenced by the political parties in power, including through public funding, which led to widespread media self-censorship.”[3] Additionally, “there are concerns about deteriorating conditions for the full exercise of freedom of expression.”[4]

The Serbian Progressive Party (SNS), the political party currently in power and a majority (136 of 250 seats) in the National Assembly, led by Mr. Vučić, is using the media outlets to the fullest extent in order to further their influence, appeal and embed their ideology. A recent research published by Cenzolovka (‘Censortrap’)[5] shows that the Prime Minister was featured 877 times on the front page of the 10 most influential print media in Serbia, and out of that number only 6 times in a negative context. This tendency to use the media as a personal self-promotion mechanism is creating a very unique situation in which the Prime Minister is regarded widely as the savior who will lead the nation to EU membership, and thus its salvation, while at the same time preserving a populist narrative of national pride and suffering. Media as part of civil society rather than a platform for discussion and dissenting views, in this case becomes a marionette vehicle of norm creation, which is dangerous for the quality of democracy in the country.

In a society such as the Serbian, in which the concept of democracy is still not fully understood as well as its underlying values and practices, the activity of political figures is of exceptional importance. Hence, Serbia, as a young democracy in the process of consolidation, is still not ready to face a majoritarian rule of a single party in the Parliament. By causing problems in the sphere of freedom of expression and freedom of media, the Prime Minister is damaging the democratization process that is yet to be completed in the country. In an unstable democracy such as the one in Serbia, his actions are indicative of an imminent threat of the country succumbing to an authoritarian rule of an individual.

With the opposition parties in shackles, substantive control of the media, and a tendency for authoritarianism, the question that logically arises is – who will remain capable of defending Serbia against censorship, having in mind the impact of its authoritarian legacy on the society? The EU must use its normative powers under the conditionality principle and decisively underline the importance of the freedom of expression and media freedoms in the accession process.

[5] http://www.cenzolovka.rs/godina-ljubavi/ (the site was founded by Slavko Ćuruvija foundation in 2014)