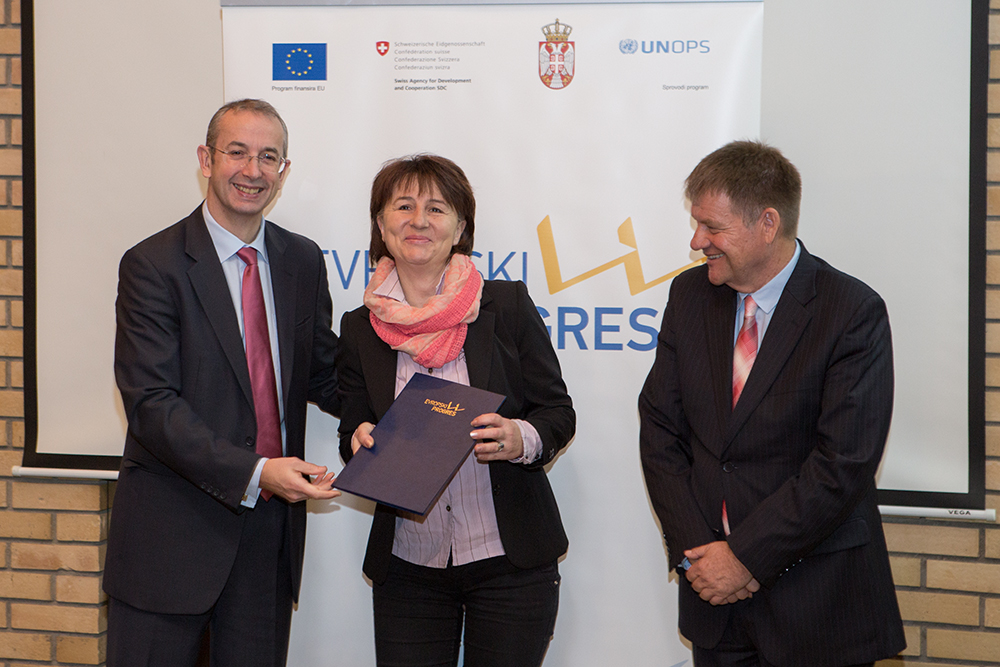 Vranje, 4. 02. 2015. – Head of the Delegation of the European Union to the Republic of Serbia Ambassador Michael Davenport today handed over contracts on grants approved to 15 joint projects of civil society organisations and local self-government institutions in South Serbia. The implementation of the project activities in 12 South Serbian municipalities, worth over 300,000 Euro, will be funded by the European Union and the Government of Switzerland via the European PROGRES Programme through Citizens Involvement Fund (CIF).

The allocated Citizens Involvement Fund grants will be used to fund projects in Bosilegrad (2), Bujanovac (2), Surdulica (2), Trgovište (1), Vladičin Han (1), Vranje (1), Babušnica (1), Gadžin Han (1), Knjaževac (1), Lebane (1), Leskovac (1) and Vlasotince (1). The goals of the project include facilitating the social inclusion of Roma and persons with disabilities, supporting the economic empowerment of women and promoting inter-ethnic tolerance.

“Citizens Involvement Fund projects epitomise the European character of this Programme. Partnerships between local self-governments and non-government organisations are a cornerstone of good governance and, thus, a key European value. By joining forces, these stakeholders will contribute to the resolution of community problems in the long term,” Ambassador Davenport said.

Vranje, which hosted the contract handover ceremony, recently celebrated its Day and its Mayor Zoran Antić used the opportunity today to bestow honorary citizenship to Ambassador Davenport for his contribution to Vranje’s development and to improving the living standards of its residents.