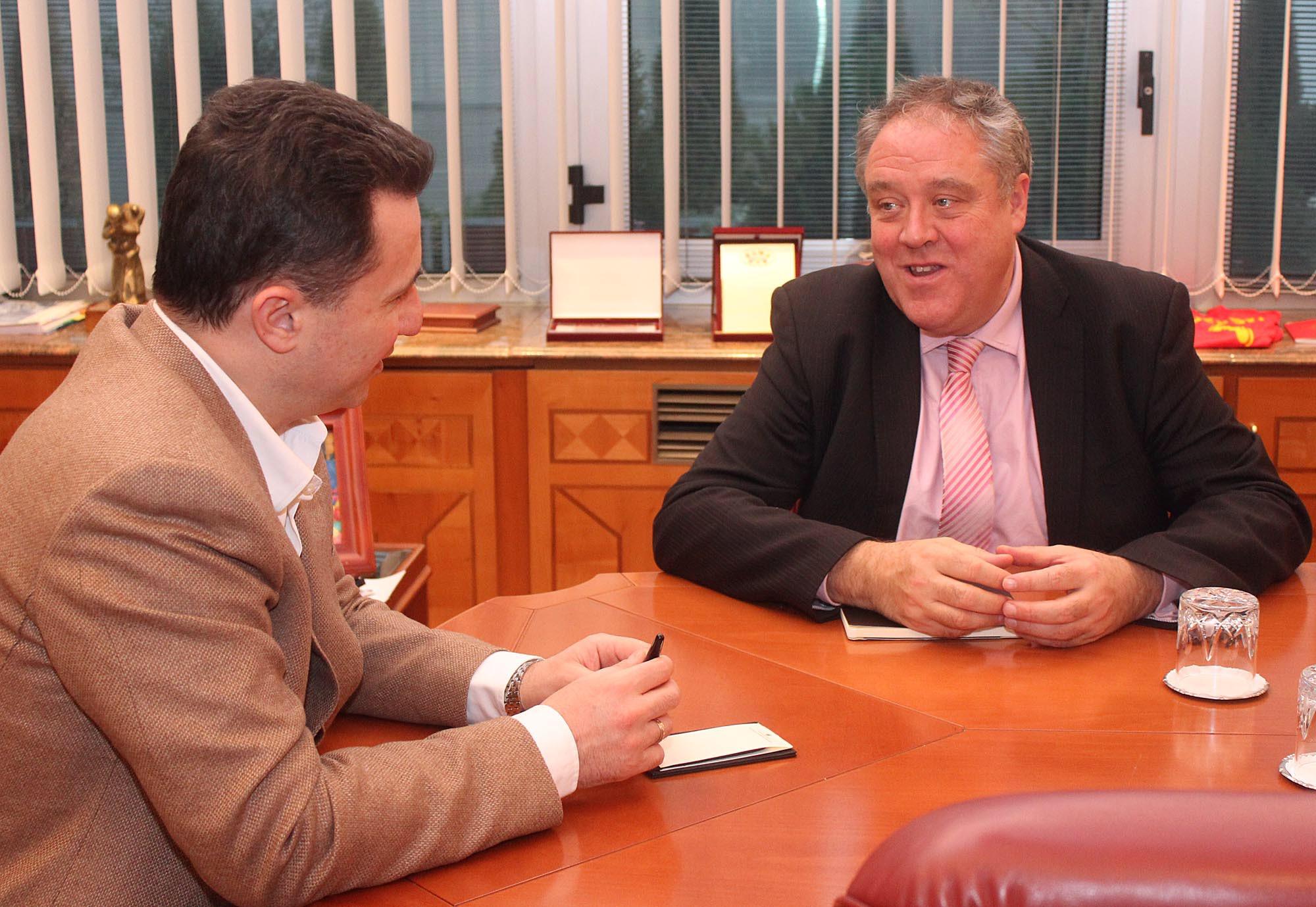 Brussels, 5.02.2015. – Today the S&D Group convened a crisis meeting in the European Parliament with the deputy leader of the Social Democratic Union of Macedonia (SDSM), the opposition party from Skopje, after its leader had his passport confiscated and was told he would face espionage charges for an attempted “coup d’état”.

MEP Richard Howitt, S&D foreign affairs coordinator and shadow rapporteur for the country, told Mrs Radmila Šekerinska, vice-chair of the SDSM, that inconsistencies in claims made by the country’s government need to be answered and that current assurances were insufficient to give confidence that the case was being dealt with impartially.

The pair discussed documents allegedly incriminating government ministers that have been leaked to the SDSM as claimed by the latter. They also went over a video from the Prime Minister’s private office in which the opposition leader Zoran Zaev is explaining to him that the leak comes from a foreign intelligence service. Announcements that Mr Zaev is facing espionage charges for what was described as an attempted “coup d’état” were made personally by Prime Minister Nikola Gruevski during the weekend.

“It is difficult to have confidence in the fact that the case is being handled impartially when the announcement of charges was made by the Prime Minister rather than by the judicial authorities, which could have prejudged the outcome of the investigation even before it had been concluded.

“I received explanations from Mrs Šekerinska that suggested that the reference to a foreign government was simply an attempt to protect internal whistle blowers, and that the leaked documents show serious criminality among government figures.

“It is not for us to prejudge the issues, but my group expressed deep concern that attempts to restrict reporting of the case could be interpreted as an attempt at covering it up.

“The best outcome is for all allegations to be published without delay.

“Using the phrase “coup d’état”, alongside the fact that the opposition leader faces a prison sentence of up to four years, simply adds to the deep damage being inflicted on the country’s reputation.

“I insisted on the fact that our sister party in Skopje should have solidarity from our Group, but that it had its own questions to answer.

“Nevertheless, the government should also answer for serious inconsistencies, including why the announcement of charges was made by the Prime Minister personally, how a video of a private conversation in his own office could have been filmed and why the case papers from the Ministry of the Interior appear to suggest charges have not actually been made and that the espionage claim is also not made against Mr Zaev personally.

“From Brussels, we will do anything we can to provide any constructive influence to assist in this situation, and it is to be hoped that the investigation can be completed quickly as well as fairly, so that uncertainties about whether the prosecutor will decide to press charges are not prolonged.

“The S&D Group reiterates its call for an independent investigation with full respect for the rights of the defendants, in accordance with the law and international standards, including the principle of the presumption of innocence”.