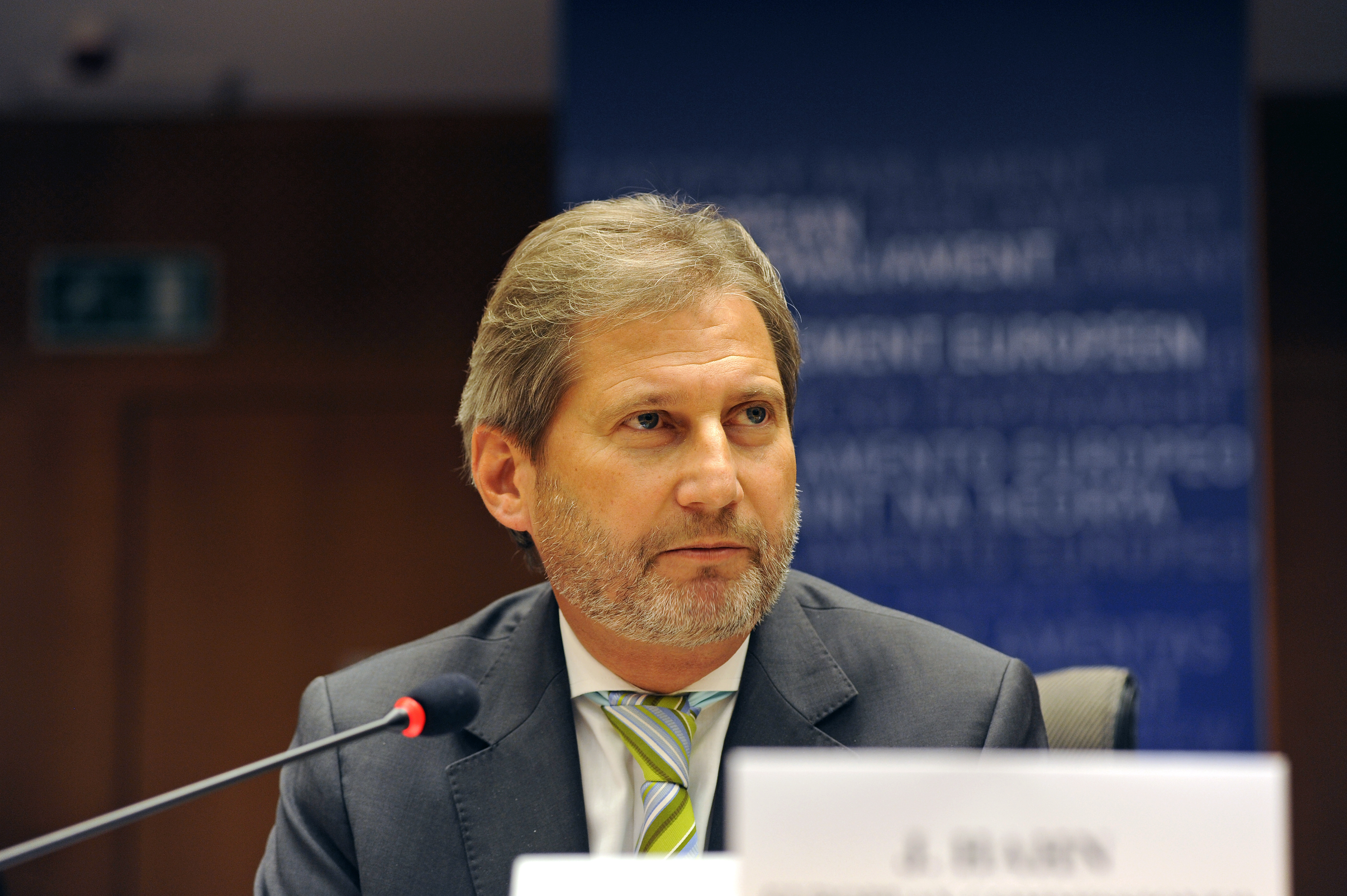 Brussels / Skopje, 17. 02. 2015 – Commissioner Johannes Hahn, on his first visit to Skopje as Commissioner for Neighbourhood policy and Enlargement negotiations, met with government and opposition politicians, representatives of civil society and EU Member States’ representatives in the country.

In his discussions with President Ivanov, Prime Minister Gruevski, Foreign Minister Poposki and SDSM leader Zaev, he expressed the EU’s serious concern at the current political situation and urged political actors to engage in constructive dialogue, within the parliament, focusing on the strategic priorities of the country and all its citizens. All leaders must cooperate in good faith to overcome the current impasse which is not beneficial to the country’s reform efforts.

Commissioner Hahn reiterated that the rule of law, fundamental rights and freedom of media are at the very heart of the EU accession process and non-negotiable.  In this respect he expressed also deep concern at the reported surveillance of thousands of citizens and called for it to be investigated thoroughly.  He called for any investigations to be conducted in full respect of the principles of due process – impartiality, presumption of innocence, transparency, separation of powers and judicial independence.   He expressed full support for the freedom of media to report on issues of public interest.

In his discussions with Deputy Prime Minister Besimi, discussion focused on key reforms, including those at the core of the High Level Accession Dialogue, as well as past and future EU assistance.    He also met with DUI leader Ali Ahmeti and with representatives of civil society.

The European Commission is in contact with the authorities concerning the floods, the assessment of damages and needs, and possible EU support.