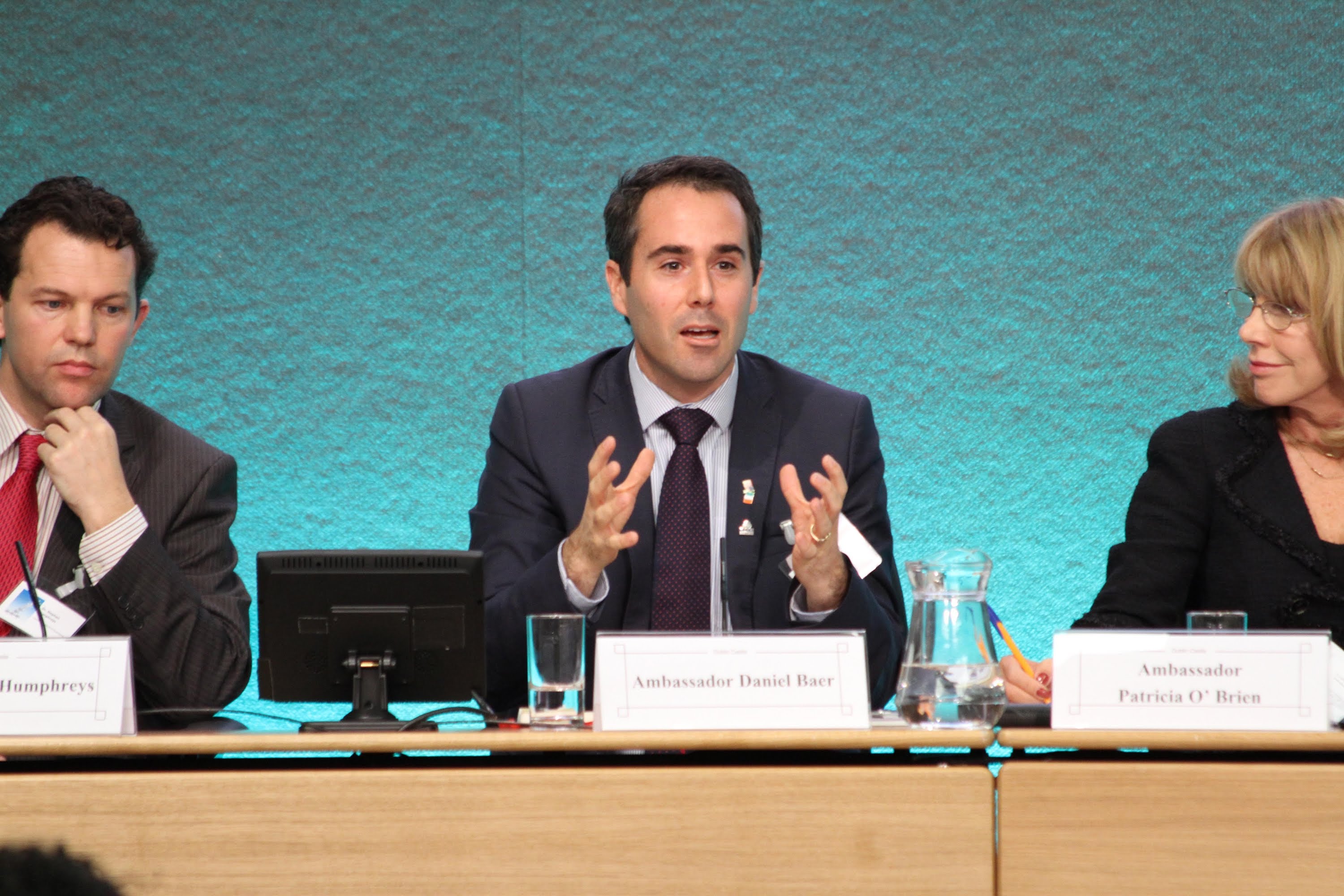 VIENNA, 5.03.2015. – Statement on Political Tensions in Macedonia, as delivered by Ambassador Daniel B. Baer to the Permanent Council of OSCE:

“The United States continues to follow with concern the unfolding events in Macedonia. We call on authorities to demonstrate their commitment to the rule of law, respect for the freedom of expression, and the integrity of democratic processes in Macedonia.‎

We note the serious allegations that have called into question the independence of the media and of the judiciary, as well as respect for other basic democratic values that the Government of Macedonia has committed to protect and uphold.

We are concerned about undue government influence on media coverage of the current situation and how that may constrain debate on issues of public interest.

The nature of these concerns requires immediate attention by Macedonia’s authorities – its citizens deserve and should demand no less.

The United States appreciated the visit to Skopje by the OSCE Chairperson-in-Office and the OSCE High Commissioner on National Minorities on February 19, and the statement on February 27 by the OSCE Representative on Freedom of the Media. The OSCE Mission to Skopje has played an important role in Macedonia’s democratic progress, and we hope this will continue.

We call on Macedonia’s political leaders from all sides to seek out the advice and assistance of the OSCE Mission, the OSCE Secretariat, and the other executive structures of the OSCE in charting a way forward”.

MEP Jakovcic: My aim is to promote sustainable economic and social prosperity of the Region

Joksimovic: No slowdown in screening-related talks