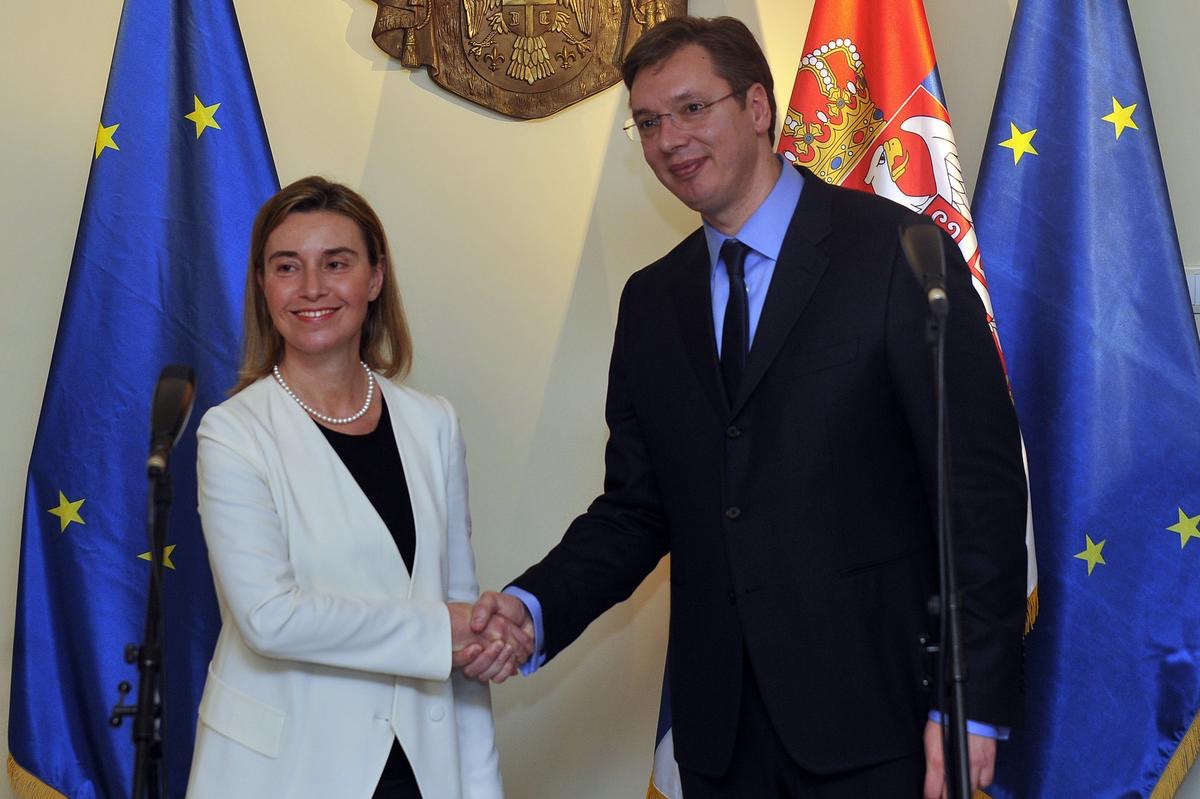 High Representative of the European Union for Foreign Affairs and Security Policy Federica Mogherini said that Belgrade moved firmly on the EU path and the EU put opening of negotiating chapters high on its 2015 agenda.

I can say neither which nor when chapters would be opened, it all depends on EU and Serbia working together. Some things need to be addressed here, some in Brussels, but we should all focus on addressing them by the year’s end, Federica Mogherini said at the press conference following her meeting with Serbian Prime Minister Aleksandar Vucic.

In Brussels, we see the future of Serbia within the EU. Common interest of Serbian and European citizens, as well as of those in the region, is the continuation of Serbia’s European path, Mogherini said.

After thanking Vucic for his leadership in the hard work of implementing economic reforms, Mogherini pointed to the importance of implementing the agreements reached regarding the normalisation of relations between Belgrade and Pristina and continuation of the dialogue. Noting that five EU Member States have not recognised Kosovo’s independence, she said that recognition of independence was not a precondition for Serbia to move forward in European integration.

Mogherini said that EU valued the role of Serbia’s OSCE Chairmanship. We respect Serbia’s foreign policy, as well as its contribution to EU’s foreign and security policy, Mogherini said and added that, measured by the number of participants, Serbia was the seventh on the list of countries that had taken part in EU missions, which speaks enough about the level of cooperation in the area of foreign policy.

She said that she was well aware of historic, economic and cultural ties between Serbia and Russia. Not to keep history and geography in mind when talking politics would be rather naive, Mogherini assessed. She said that she and Vucic spoke about the need of cooperation due to EU and Serbia’s mutual challenges in the area of energy.

Serbian Prime Minister Aleksandar Vucic said that, by working hard, Serbia would meet the conditions of the EU membership and would act responsibly and be committed, in order not to be a burden to the EU, but to become a proud member of European family of nations.