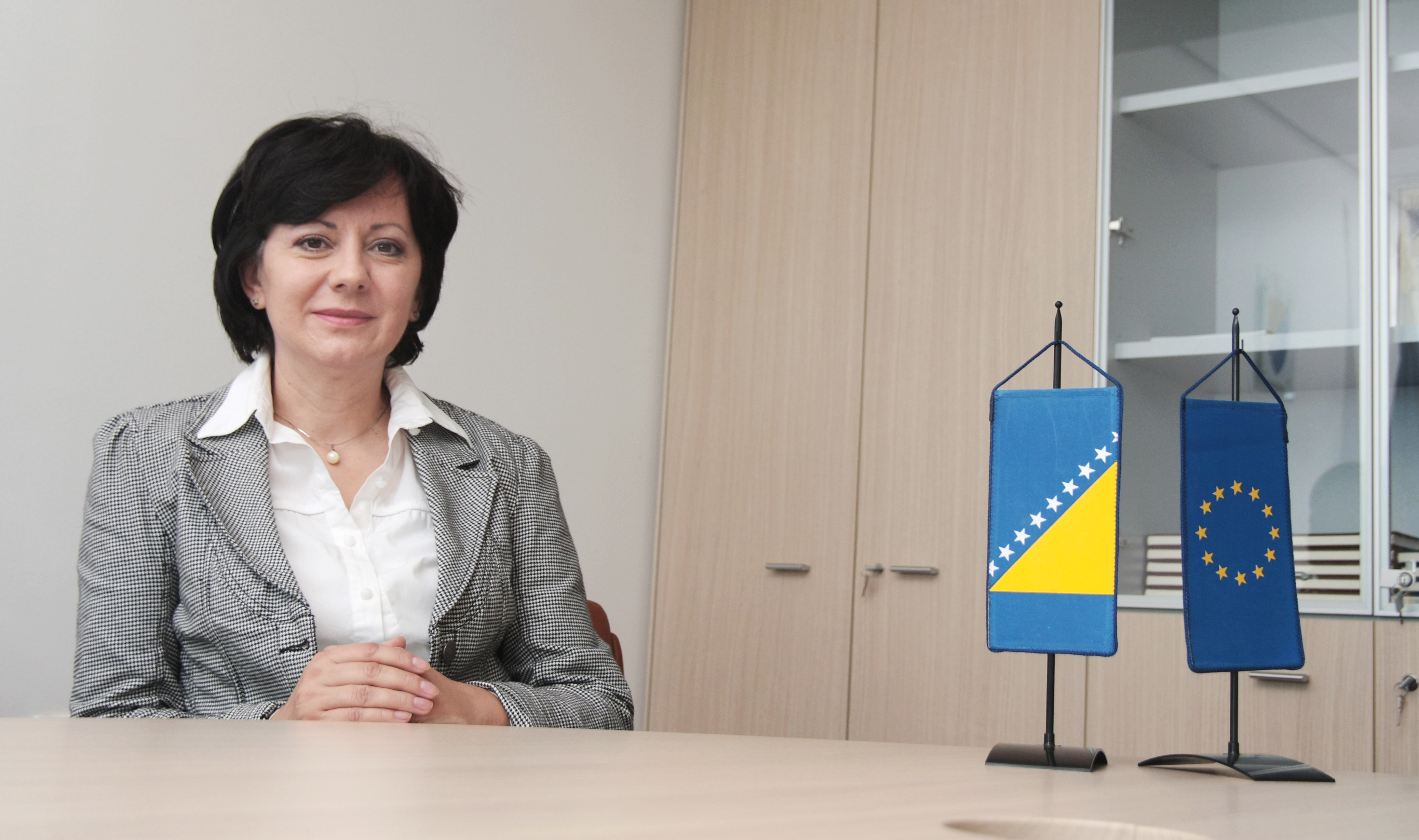 Last month’s conclusion of the Council of the European Union that the conditions for entry into force of the Stabilisation and Association Agreement (SAA) with Bosnia and Herzegovina had been met and that its ratification could be formally completed was good news for the integration of BiH after a long time. BiH is the only country of the Western Balkans covered by the enlargement process in which the SAA is not in force. In 2008, when the negotiations were completed and the Agreement signed after only 13 months, Bosnia and Herzegovina was recognisable in the region in terms of its progress in integration, except for the Republic of Croatia which was then already well into membership negotiations. In the following years, there were many factors slowing down the integration efforts of BiH which ended up last in the region. However, the momentum that the process should get from entry into force of the SAA can mark a renewed start.

The local public called the meeting of the Council of the EU at the Forum of Ministers of Foreign Affairs historical and expectations were huge. The March conclusions of the Council of the EU in fact resulted from the first steps in the implementation of the EU initiative on a new approach in the process of integration of BiH into the EU. The new approach itself has also caused controversy for some time. Does this mean that the EU is changing its attitude towards BiH? Is it tired of enlargement, in particular given the announcement by the new head of the European Commission that there will not be movement of EU borders in the next five years? Or else the EU is perhaps giving up on the principles which have long hindered the process in BiH? These and similar questions have strongly occupied the public sphere.

What has long been clearly known has now been shown. The EU does not lower membership criteria nor does it adjust them to any country in the process, whatever its specific features. On the contrary, the burden of adjustment is always on the aspiring countries. The initiative formalized at the December meeting of the Council of the EU, previously initiated in Croatia, supported in Slovenia and formulated in Great Britain and Germany, was presented as assistance to BiH to rearrange the priorities in the process and to focus on what is the most important at the moment (and actually has been for years) – serious structural socio-economic reforms. The new approach does not mean giving up on the complex and unavoidable political tasks, such as changing the Constitution in accordance with the European Convention on Human Rights and Fundamental Freedoms. It does not prevent progress either where it really exists or can be achieved.

While reports of the European Commission note insufficient and limited overall progress, BiH has had all these years more than good speed in approximating legislation with the acquis in the field of protection of intellectual property, customs, asylum, migration, border management, plant health…While public space abounds with information on the complexity and specificity of BiH that prevents integration into the EU, the essential facts are not given due attention. Like those that the security of personal documents in BiH is higher than in many EU Member States, that BiH has introduced digital tachographs among the first countries in Europe, that it has an asylum centre in compliance with all EU standards and that intellectual property of BiH is almost as protected by laws as rare endemic species in the world.  This, compared to the inability to export animal foods onto the EU market, does not seem much, but is by no means little. It seems that the greatest value of the new approach is precisely that it can cause results or increase their visibility, i.e. restore focus on the vital issues. No doubt, The European Commission will, as stated in the December conclusions of the Council of the EU, pay special attention to the implementation of the (regionally known) ruling of the European Court of Human Rights in the Sejdić-and-Finci-vs-BiH case, when preparing the avis on the application of Bosnia and Herzegovina for membership. Although this burden cannot and should not be removed, it will not, for now, further hamper the integration of BiH. In football vocabulary, the new approach of the EU can be seen as a change of formation. If a breakthrough cannot be made “on the wings”, it might be possible “down the middle”.  The rules are still the same.

Business miracle, not a case state

Reorganisation of priorities in the process and investment of all available resources into reforms, which are essential and visible to citizens, should result in substantial progress. In the formal context of EU integration – the membership candidate status brings larger amounts of pre-accession assistance and stronger political position of BiH in relations with the Union. In the context of everyday life – employment growth, better living standards and better protection of citizens’ rights. First of all, the reforms imply a reduction in the unemployment rate, GDP growth, a better investment climate and real social protection. In practice, this means lower tax burdens for employers, shorter administrative procedures for starting a business, restructuring of enterprises and social protection according to actual needs, rather than according to merit. Newly elected BiH authorities now need to draw up a plan on how to achieve the above and, proverbially speaking, make a gain which does not bear a loss. Last-year’s Compact for Growth and Jobs which recognized six key reform measures should serve as a basis. A few days ago, the institute European Stability Initiative (ESI) presented 14 reform measures that would, in the opinion of prominent authors, make Bosnia and Herzegovina a Wunderkind of doing business in a year. We should not have any illusions that the work will go smoothly and that everything planned will meet a general consensus. However, we should not make a “case” of the fact that BiH is a complex state of divided jurisdictions, as many EU Member States are such.

There are numerous examples in which BiH has proved to be very functional and credible. The most recent one, from a few days ago, is that it complied with the standards for export of potatoes to the EU. The prerequisites for inclusion into the so-called Schengen White List were provided some time ago, but are still a very representative example.

In addition to socio-economic reforms, a big challenge for BiH, directly related to the process of integration, is improvement of the coordination mechanism. Again, it is not as if there is no coordination of so-called European affairs in BiH. The point is that the current coordination cannot adequately respond to the coming challenges and the growing volume of work in the process. Effective coordination has been an unavoidable issue in the European-Commission progress report for years. Its lack is one of the reasons why the annual IPA allocations for BiH have been halved in the new EU budgeting period. Creating this tool, extremely important for the process at the operational level, could be among the first tasks of the new authorities, at least according to the announcements by BiH officials.

The EU is not a goal per se

Judging by the public opinion, Euro-scepticism is growing in the EU. In several recent elections in Member States, right-oriented governments prevailed. The Junker Commission no longer has an Enlargement Commissioner and a trade war between the EU and Russia, the conflict in Ukraine and the crisis of the common currency are major concerns for the 28 EU Member States. Among the leading thinkers of today, there is no doubt that the very idea of a united Europe is in a crisis. Britain threatens to leave the community, Iceland has withdrawn its application for membership. These are all facts that could be used in BiH and the entire region as an excuse for inaction. But we should remember that this is not the first economic or institutional crisis of the EU, that in the background of events in Eastern Europe (just like in many other places) there is a battle for energy and that Iceland already has well-developed trade and partnership relations with the Union. At the same time, let us not forget that, according to official statistics, the entire Western Balkans has half as much population as Poland and that no country in this region has the conditions and resources to be an isolated island in the sea of still competitive European economy.

Finally, integration into the EU is not an end in itself. It is a voluntary process, whose mechanisms should primarily serve one goal – improvement of citizens’ living standards. A prerequisite for its achievement is transformation of the entire society. In BiH, there is an absolute political consensus that EU membership has no alternative. This is the opinion of 78% of the citizens of this country, according to preliminary results of the latest public-opinion survey conducted by Directorate for European Integration of the Council of Ministers. This is more than an obvious indicator of what to do, starting as early as yesterday.

Kukan MEP: Participation of Serbian soldiers in military parade in Moscow might have an influence on the EU integration process of the country

Tanja Fajon MEP: My message of solidarity before Sunday's protests in Skopje