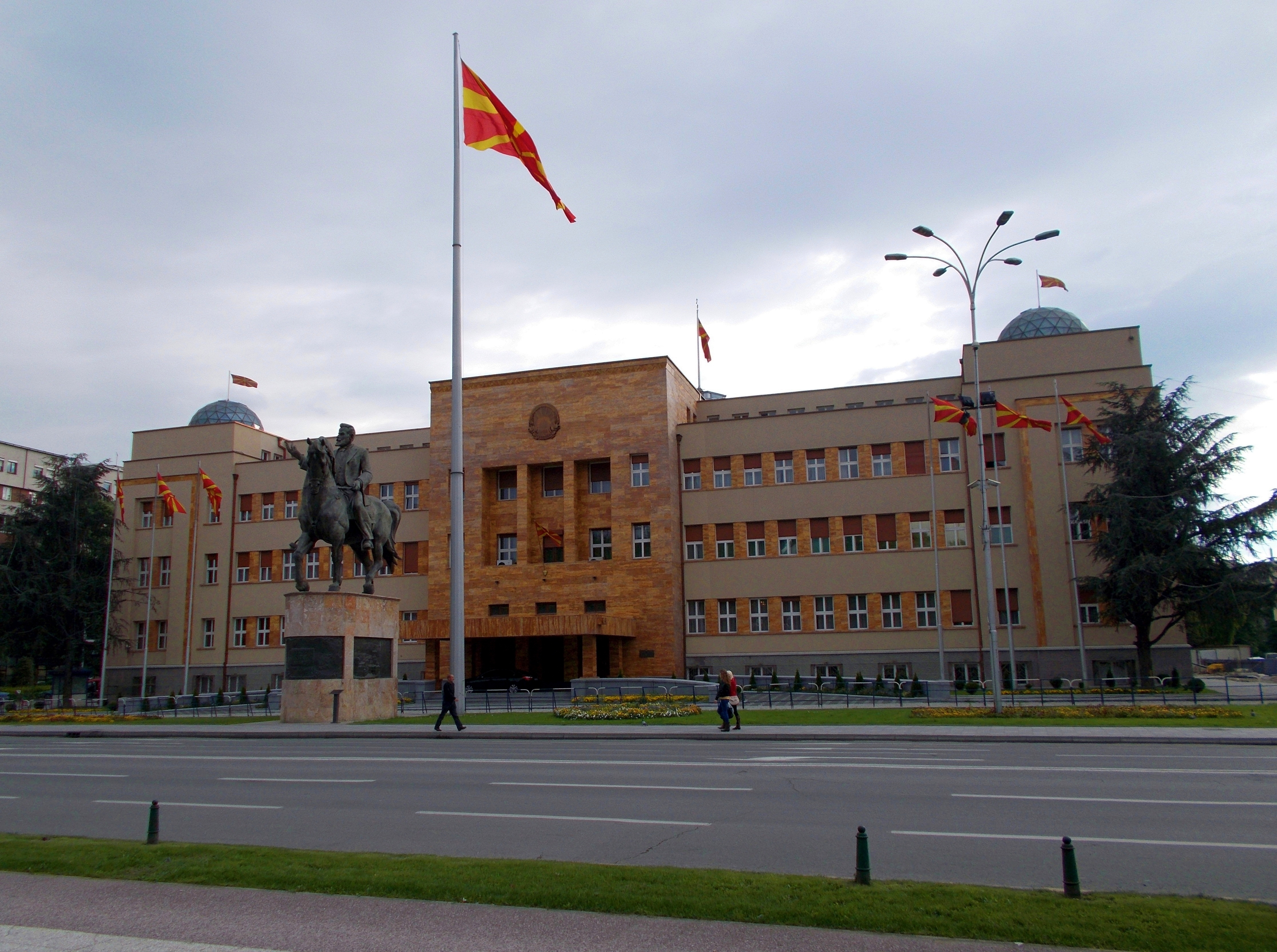 The problem of Macedonia, and I believe of other countries in the region, is that its political representatives did not have the necessary capacities to create societies in line with the desires and expectations of the citizens. They only had, and still have, some personal capacities the consequences of which we are witnessing today, said Macedonian analyst Branko Gorgevski in the interview for European Pulse.

European Pulse: To what extent has the fact that Greece effectively interrupted Macedonia’s path to the EU 7-8 years ago affected the stagnation or backsliding of the democratic processes in Macedonia? Montenegro was then trailing Macedonia and looking up to it – today, it is the other way around, although the pressure on the media and the civil sector in Montenegro is strong, the corruption is widespread, and the judiciary is under political influence.

Branko Gorgevski: It is indisputable that Greece’s blockade over the use of the name “Macedonia”, irrational and unjustified as it is, caused enormous damage. If it weren’t for that, Macedonia would be by now well ahead in Euro-Atlantic integration. However, I am not one of those who would seek in that the justification for all the woes of the democratic processes in my country. Why would the Greek obstruction be the reason for the ruling parties to continuously interfere with the appointment of judges, or with the court processes, to decide who will win the big and important and even the most meagre of tenders, and even who will get to enrol his or her child into a prestigious school or an overbooked kindergarten? All of these are issues where everything depends on us and our awareness. Do we really need the EU to see that? Do we need it as some tutor who will force us to respect knowledge, quality, impartiality and competition, because we are so “naughty”?

EP: How would you summarize the affair “Bomb”? It all started when the opposition party Social-Democratic Alliance published recordings of an exchange between the prime minister Nikola Gurevski, head of UBK Saša Mijalkov, who is a close cousin of theprime minister, and other party and state officials, all of which contain indications of alleged corruption and nepotism. And now, the negotiations between the government and the opposition are being mediated by the European Parliament.

BG: This is only the latest episode of the implacable struggle between political opponents who are fighting to death, and now is the time to get worried. For the current affair, the most important thing is to discover who is behind the mass wiretapping – a foreign service with local agents linked to the opposition, or the government itself?

EP: What do you expect will happen?

BG: I doubt we will get credible information, because whatever ends up being the official story will be distrusted by a good number of citizens, just like many of them will continue to believe that the recordings were faked. The problem is that the logic and procedure have been undermined – the legal process which should have resulted in a credible decision is already violated. Some exchanges have been leaked to the public without authorisation – the opposition claims they are genuine, and the representatives of the prosecution and judiciary are following the instructions of the ruling party. On top of that, there are now counter-recordings on the youtube from the meetings between the opposition leaders and the prime minister, apparently obtained through special investigative measures. All of this suggests that the citizens should not expect a legal epilogue to a situation in which the capital evidence has been rendered untrustworthy. Without a legal solution, we will have to find a political one, obviously with the help from Brussels, which ranks Macedonia on par with countries that are unable to solve their own problems.

EP: So, everybody loses?

BG: The biggest losers in this scandal will be the Macedonian institutions, which have already lost much of the citizens’ trust due to political manipulations over the years. It is especially jarring that a large wiretapping operation has been under way in the country for four years, with no one the wiser. I am especially concerned about the government’s claims that the wiretapping was executed by a yet unnamed foreign service. If this is true, this means that somebody is playing with Macedonia, its future, its regime change, direction of the state…all that in connection with scenarios that are being worked out for this region in the cabinets of some key players on the global political scene. Being part of somebody else’s plans is not a good feeling, especially when you hear the recording of the Minister of Finance telling his colleague from Interior Affairs ‘the guys from Brussels really don’t like us…’”.

EP: The EU seems to have reacted to the “Bomb” affair, sending a demarche to the Macedonian government, only after the ambassadors of five EU member states received alleged evidence that they too have been wiretapped by Macedonian secret services. What is your view of the role of EU in Macedonia and the Balkans? Would you say that the expectations of the pro-European public have been disappointed?

BG: At times I too wonder at the fact that the European idea still holds such attraction in Macedonia. However, I think that despite the injustice of the great European powers towards Macedonia in the past, and the great injustice against solidarity they have shown in tolerating Greece’s blockade of Macedonia’s euro-integration, the European idea remains popular among the Macedonian citizens because they see it as the solution to all uncertainties that are still plaguing the country. And there are many such fears and uncertainties – whether we will survive as a state, whether we will ever live better and earn more than the current average of 320 euro a month, the lowest in the region. All of that makes the European idea very attractive to the majority of the population. However, it doesn’t mean that they don’t notice all of these other moves that can only lead to disappointment. Such are, for example, the attitudes of some of the most influential countries that we should simply change the name of our country to appease Greece, or the obvious advantage some countries in the region get on account of their geostrategic position rather than their progress on Copenhagen criteria. This “pragmatic” approach of the EU does not go unnoticed. Every country in the region knows well where and how it has been sold short – we all know why the EU can afford to heat with cheap Russian gas but the Balkans can’t, and are forced to forgo the new gas line; we also know why the US is sending us messages that our country, as well as our region, is in the “first line of fire” in the conflict for influence over this part of the world between the West and Russia.

This article was originally published in the European Pulse and is re-published with the permission from the author.

Instead of democracy, rule of dear leaders and their apparatchiks

EP: Why is there so much idiotization and passivity of the public in Macedonia and the Western Balkans? There is practically no reaction among the citizens to the everyday corruption scandals, lack of accountability…

BG: We can look for answers in various places, from the soap series served in the electronic media to the individual human flows. But all of this is first and foremost exposed to the external influence of the dominant atmosphere in a typical West Balkan society and state. To me, the most influential and detrimental factor which engenders, nurtures and maintains this idiocy and passivity is the partitocracy of these states and societies. We have to admit that two and a half decades after the fall of the one— party regime and introduction of democracy we have not been able to grow into a viable civil society where the ability and knowledge of an individual will be the key to his or her success and progress. Instead, everything still depends on the party affiliation, the link to party pork barrels etc. The extent to which the parties have forced the citizens to depend on the good will of their leaders and apparatchiks is terrible, and they do not miss any opportunity to remind them of it. As individuals, the citizens are every day reminded of what they could lose if they take up some undesirable activity. What else is left but to make yourself passive and ignore the scandals and affairs? The only alternative to keeping quiet is going abroad. The number of young people that has chosen this path already speaks volumes about the results of our version of democracy.