n April 25, 2015 in Belgrade was held a round table discussion on normalization of relations between Belgrade and Pristina. This event was organized by the Council for Inclusive Governance (CIG) and for the second time brought together MPs from parliaments of Serbia and Kosovo.

In roundtable discussions deputies from the parliaments of Serbia and Kosovo discussed the role of Parliaments and their contribution to the normalization of relations. Also, they discussed advantages brought by parliamentary cooperation for the improvement of relations between the two societies. The discussion was an opportunity for the MPs to exchange experiences and ideas on cooperation in order to overcome political barriers and to focus on concrete solutions for common issues. Participants also discussed the role of parliaments in the implementation of the Brussels Agreement.

European Western Balkans had a chance to talk with some of the participants of this event. We spoke with Vladimir Orlic, MP of the National Assembly of the Republic of Serbia and co-chair of the joint committee EU-Serbia.

European Western Balkans: How important are these events relating to the dialogue between Belgrade and Pristina? 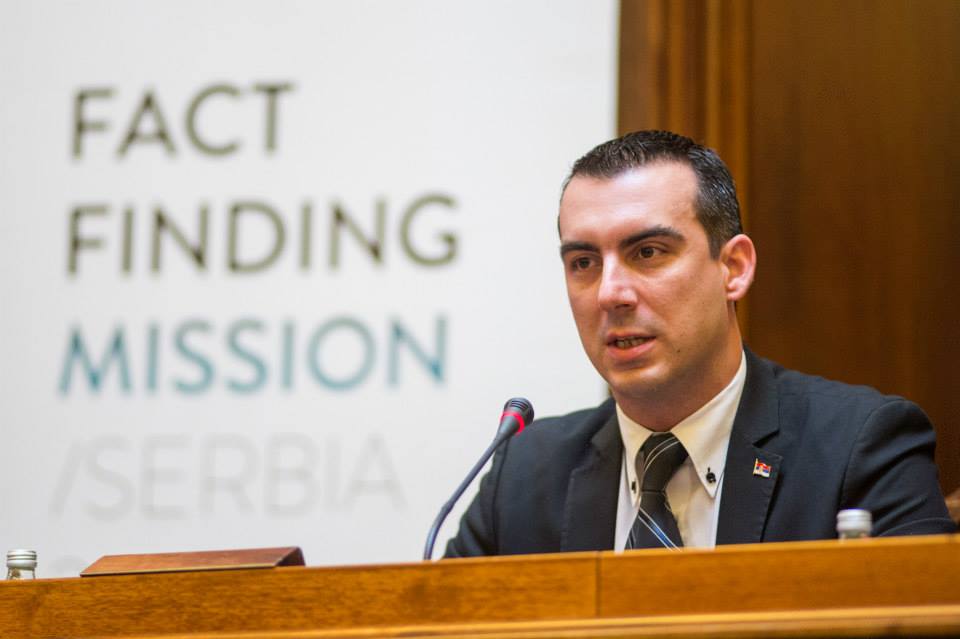 Vladimir Orlic: It is important, as every opportunity to exchange views with the people who directly influence the political situation on the ground and who have direct contact with citizens. We reached an agreement that the well-being of the citizens should be the main focus. Great issues that traditionally divide us should not be a reason to form any obstacle in finding practical solutions for everyday life. We heard some interesting ideas for a possible format and context of improving relations between different communities, as well.

EWB: It is well known to us that the delegation of the Parliament of Kosovo participated in some regional initiatives in recent months, we had several meetings in Brussels and Kosovo at the level of government and ministers. How much is important this process and do you think that Kosovo will fully participate in these initiatives, not only as observer, at some point?

VO: I can see in this question the issue of the representativeness of temporary institutions from Kosovo. Serbia’s principled position is that this issue can be resolved in a manner that is compliant to the agreements between the two sides reached at the highest level. We are talking about serious issues and because of that we cannot improvise. When it comes to the people who represent the interests of citizens and on the representation of the people of Kosovo and Metohija, their interests are in any occasion preserved and secured by the presence of Serbia, because Kosovo and Metohija are part of the Republic of Serbia.

Our next interviewee was Blerta Deliu-Kodra, Member of the Parliament of Kosovo. 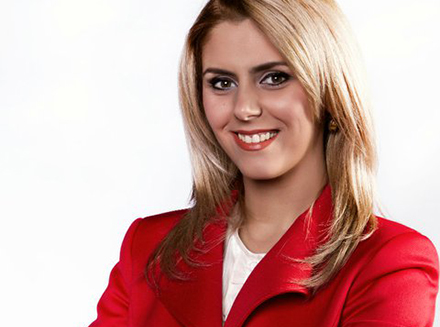 Blerta Deliu-Kodra: This is my first time in Belgrade and I have a great pleasure to be with MPs from Serbia. We have a chance to discuss the normalization of relations between Kosovo and Serbia. I know it is not easy to reconcile and to reach an agreement, but I think this is a good step if we think about our children and our future. What we, as politicians, have to do is to think about the future of our children and the future of the entire region.

EWB: How MPs from Serbia and Kosovo should cooperate?

BDK: It seems to me that we started to understand each other. Of course, we expect that we have assistance of Serbia in regional initiatives, when we talk about the European integration process. First of all, I think of the Serbian parliamentarians, because we need to work together on European integration.

EWB: Is there any institutional cooperation on European integration?

BDK: I am not sure. This was our first time we are together, we are just getting started. I think there should be some. The European integration process and report on the dialogue between Belgrade and Pristina are the biggest issues that we are currently dealing with. Therefore, I believe that we should work together for a common goal, which is the European integration of Serbia and Kosovo.

Next MP from Serbia with whom we had the honor to speak was Gordana Comic.

EWB: How important are initiatives like this and do you think that there is room for deeper cooperation between the MPs from Serbia and MPs from Kosovo? 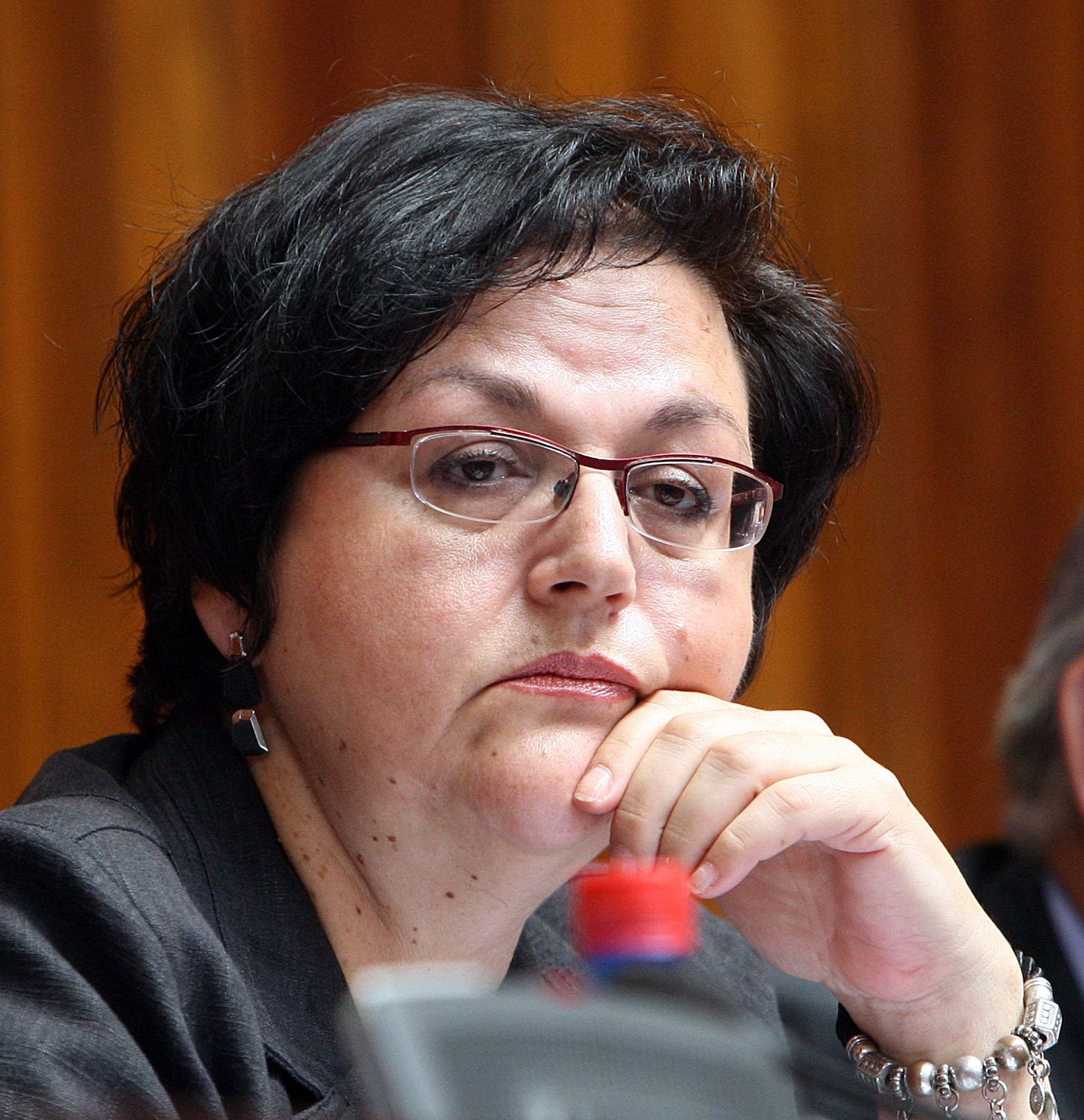 Gordana Comic: A dialogue is the basic strategy of democracy. Thus, the government and executive bodies may sign agreements, but only people on the ground can build peace and implement these agreements. The task of our parliamentarians is to take care that what has been decided and written in the agreement on the normalization of relations between Belgrade and Pristina is actually applied on the ground. This means that our role is the control of our governments.

GC: Much better than anyone few years ago would estimate that the normalization process will get to this point, and much worse than it could be due to the reluctance to have enough responsibility to say that what we have promised now we have to implement. This is not make-believe – telecommunications, agreement on energy community, nor cooperation between the Committee for European Integration, nor cooperation between parliamentarians. This is the core of European integration – what you say you should do, and that is the responsibility of the politicians.

Last, but not least, we talked with Ilir Deda, representative in Kosovo Parliament.

EWB: How important are these events and how important is the cooperation between the MPs from Serbia and MPs from Kosovo? 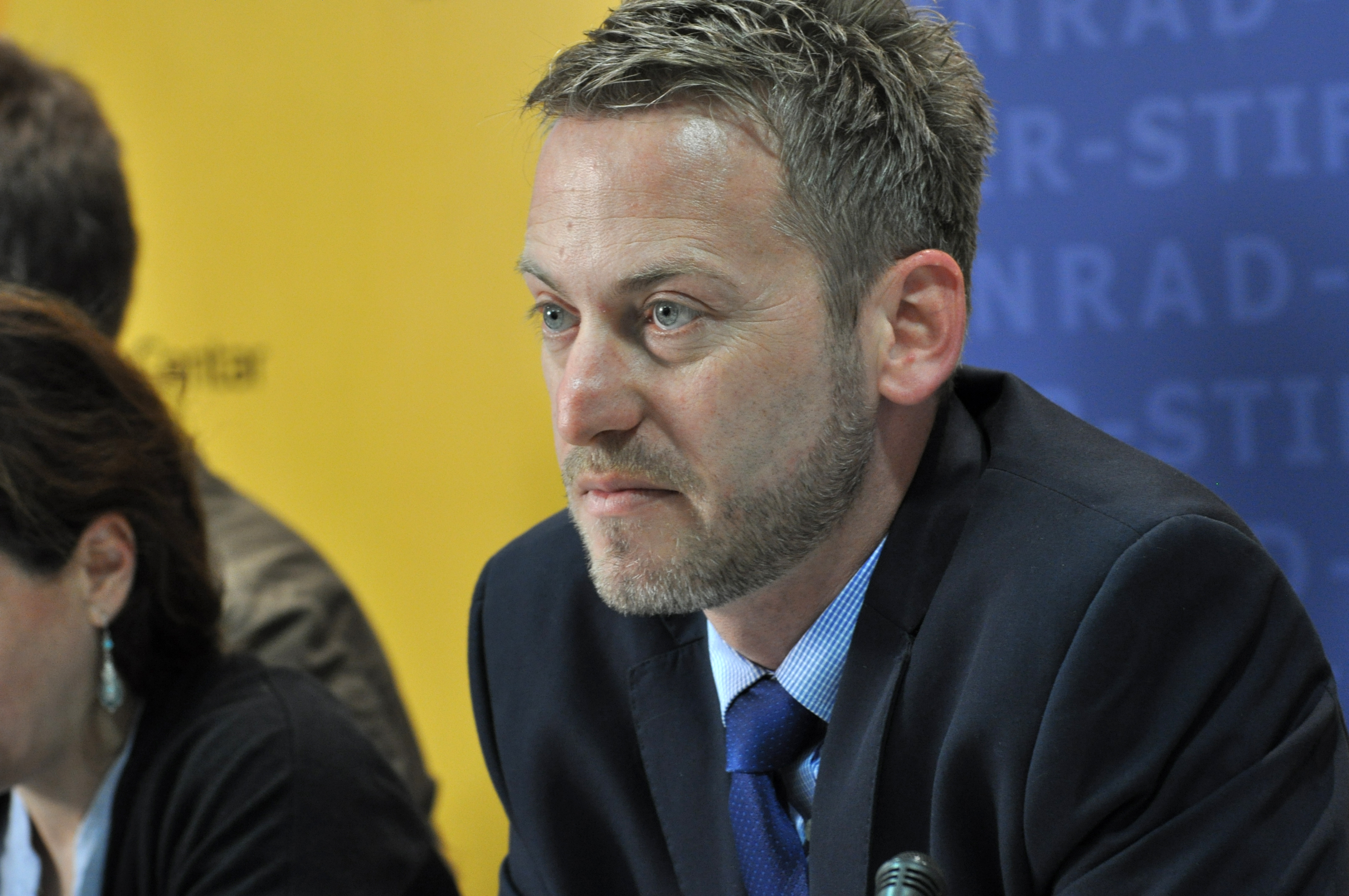 Ilir Deda: The first event of this kind was held in December 2014 in Pristina. This is the second. This organization is organizing these roundtables for four years. Such events do not contribute to cooperation. This is an introduction and debate on current issues and visions which are opposite. This should not be, nor can be a help to the Brussels negotiation process, because the Brussels process excludes parliaments and MPs from the function of monitoring procedures of executive power.

EWB: How would you assess the current performance of the Brussels negotiations process and whether you believe there is room for improvement?

ID: Brussels negotiation process under the existing parameters of one of the least successful  diplomatic processes in peace building and that you will be told by experienced diplomats, peacemakers, and academics. Thus, by the existing parameters it is going nowhere. After four years of this process, we can only conclude that this process has purpose of crisis management of the problems of the European Union, and it has not much with the problem solving between Kosovo and Serbia.

EWB: In that case, what do you suggest as an alternative?

ID: The alternative is to change the parameters of the process. The Kosovo government and the majority of people must take responsibility for Serbs from Kosovo, we must create a society of equality and Kosovo must become a more successful country than it is, especially in the areas of the rule of law and economic development. Relations with Serbia can be regulated within the framework of good neighborly relations, which are a requirement for the possible integration of Serbia and Kosovo in the European Union.