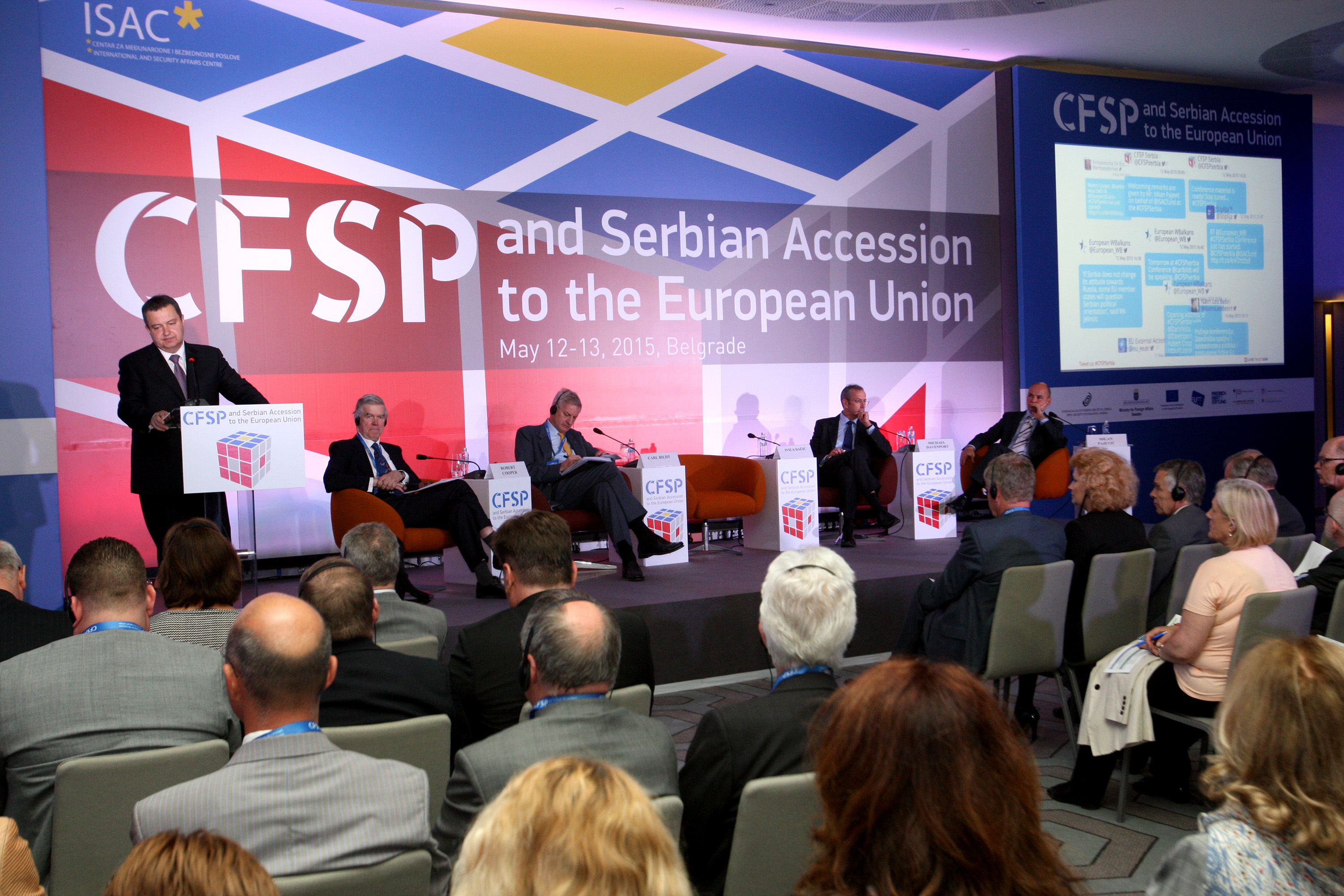 A conference titled “The EU’s Common Foreign and Security Policy and Serbian Accession to the EU” opened in Belgrade on Wednesday with the message of EU foreign policy chief Federica Mogherini that she expects that Serbia will be able to open the first chapters in entry negotiations still this year.

BELGRADE – A conference titled “The EU’s Common Foreign and Security Policy and Serbian Accession to the EU” opened in Belgrade on Wednesday with the message of EU foreign policy chief Federica Mogherini that she expects that Serbia will be able to open the first chapters in entry negotiations still this year.

“We are keen to see progress in this area and we are also keen to maintain and develop the dialogue with Serbia on a range of CFSP issues,” notes the message read by Head of the EU Delegation to Serbia Michael Davenport at the beginning of the conference.

“I welcome the Serbian government’s commitment to EU accession as its priority strategic goal.” Mogherini said.

“I expect that Serbia will be able to open the first chapters in accession negotiations still this year,” she said.

“I also welcome Serbia’s commitment to the shared values of democracy, rule of law and respect for fundamental rights. This gains added significance during a year in which Serbia holds the chairmanship in office of the OSCE,” reads the message.

Serbia’s Foreign Minister Ivica Dacic said Wednesday that, when it comes to harmonizing the country’s foreign policy with the EU’s, Serbia supports everything except sanctions against Russia.

Addressing participants of a conference titled “The EU’s Common Foreign and Security Policy and Serbian Accession to the EU,” Dacic said that the issue of harmonization of foreign and security policy often comes down to the issue of sanctions imposed on Russia, stressing that chapter 31 (foreign, security and defense policy) is much more complex.

“Serbia has committed itself to gradually harmonizing its foreign policy with the EU one and it will do so in accordance with its obligations until the moment of accession to the Union. By that time, we will increase the degree of harmonization in accordance with our interests,” Dacic said.

In previous years, Serbia’s harmonization amounted to 97 percent, he said, adding that the percentage dropped in the year when the crisis in Ukraine started and when Serbia remained silent on measures against Russia. Serbia’s assessment to stay neutral is good, the foreign minister pointed out.

Head of EU Delegation to Serbia Michael Davenport stated Wednesday there are certain oscillations in the process of harmonizing Serbia’s foreign policy with the foreign and security policy of the EU, but added that, with the exception of sanctions against Russia, the general trend is quite positive.

He noted that besides enlargement fatigue there is also patience fatigue in Serbia, but added it is important to continue the negotiating process between the country and the EU and open chapters by the end of the year.

Davenport pointed out that Serbia has made a strategic decision to become an EU member, with an emphasis on introducing changes and achieving reforms on the path to that goal.

Serbia has already become an important partner in the EU and it promotes stability of this region, the head of EU delegation said at a conference titled “The EU’s Common Foreign and Security Policy and Serbian Accession to the EU”.

He welcomed Serbia’s seriousness and readiness to implement the principles of European policy, which he said should be part of an answer in an efficient fight against all contemporary challenges facing all countries.

Serbia, too, can contribute to such a policy, Davenport stressed.

Serbia is striving to align its foreign policy with the EU to the greatest possible extent and it is ready for any kind of dialogue, Assistant for the EU in the Serbian Ministry of Foreign Affairs Marina Jovicevic said on Wednesday.

We are not trying to find a shortcut to the EU, the problem lies in the fact that new conditions are constantly being set for us, Jovicevic told the conference on joint foreign and security policy. Serbia needs to meet more conditions for opening of chapters in the accession talks than was required from Croatia when closing the talks, she said.

Politically speaking, our country provides a huge contribution to the region through very good conditions with the neighbours on the bilateral level and through initiatives such as the Western Balkan Six or the Berlin Initiative, Jovicevic said. Serbia is cooperating with the EU in the sector of response to acute security threats in keeping with its capacities and it is participating in EU missions, she said.

In its security policy, Serbia has more intense joint military activities with the NATO or the U.S. than with, for instance, Russia and the Collective Security Treaty Organization in which it holds a place as an observer, she said. This reflects the direction of foreign policy, Jovicevic said.

Joint Statement of the EU and BiH followng the 7th Meeting of the Sub-committee on Transport, Energy, Environment and Regional Development