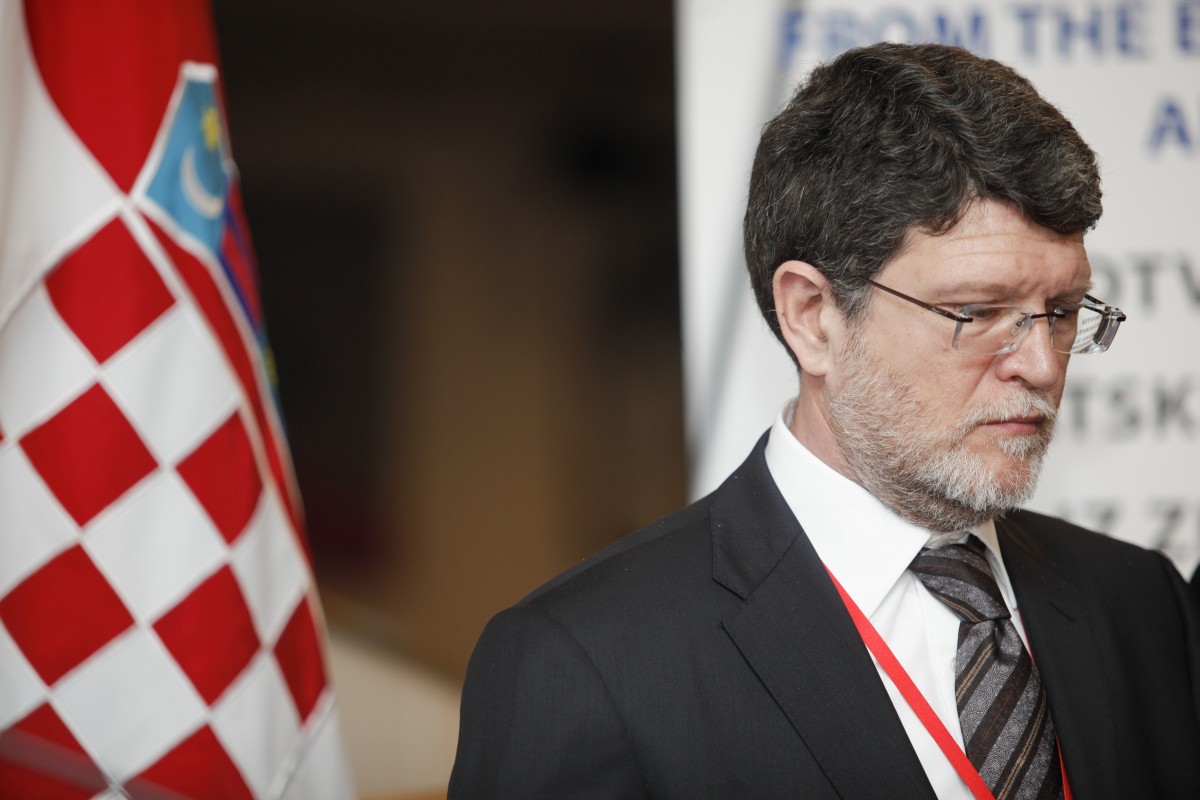 “European Social-Democracy: the challenges of the 21th century” is the name of conference which was followed by a photo exhibtion, at the occassion of the 120th anniversary of Croatian Social-Democracy. Alongside with my friend and colleague, dr. Antun Vujić, the exhibition author and a long-time social democrat, I wanted to mark an originally European political tradition and its action in Croatia during three centuries right here, in the European Parliament, as a place where I work, promote and advocate Croatian interests.

My main goals were to cover time span between 19th and 21th century and first, to pay tribute to one extraordinary European political legacy and to try to do a history overview of Croatian Social Democracy. Second goal was to check the state of play on current Social-Democracy envisaged in both aspects; as set of values and political system.

Shortly, one can conclude that European Social-Democracy is stil very much alive but hardly „kicking“ as it was during 20th century. Although social democracy is the most convincing constant of the European left, her future in the 21st century will depend entirely on how much it will be successful in adapting and promoting its fundamental values ​​in a time of global change, that radically affect the rights and position of working-dependent citizens. And they are being more and more endagered.

Among many urgent problems, what stands out as a priority is strengthening the sense of safety of citizens in European societies. Today’s citizen is at risk as a worker and retiree, as a patient and as a entrepreneur, in many parts of the EU. Security that I’m talking about means above all: the reconstruction of the European economy, which means providing incentive for a new development and employment cycle.

Who are allies of social democracy in the EU today? At the institutional level, the European Parliament itself and, to some extent, the Commission, proved themselves as natural allies in the past. Those institutions are not inclined to a further positive integration in order to increase competence in a theoretical sense, but have many times specifically corrected the negative effects of functioning of the market. On the other hand, much has remained unresolved in the European story from the final external borders to the internal structure. The EU as the most important and the most successful project of the entire European history has still been looking for an identity that would transcend the statistical size and economic indicators. It is true that this crisis should be answered with more, not less Europe. But which Europe?!

Questions have been raised regarding the Europe of citizens, the Europe of regions, the Europe of nations, but all dilemmas basically reflect fear from turning the organization into a bureaucratic one, or turning the EU into the Europe of elites. Membership in the EU cannot be a project of the political elite invoiced to the citizens. The EU must remain a community open to new members and new initiatives. There should not be a division to central and peripheral zones. Its political, economic and cultural credibility should be evenly distributed.

In this European story, social democracy has always been recognized by certain values ​​and goals. The question is what do people today associate with the concept of social democracy? Equality, Fraternity and Liberty should today be translated as Security, Solidarity and Involvement.

The EU is now in the deepest crisis since its creation and that should be a social framework within which social democracy has a chance to restore its historical „raison d’etre“. It has to challenge the thesis that the processes of globalization marked the end of the 20th century as “the end of social democratic century”. The language of social nostalgia does not help here, because so much has changed in the structure of work.

Today, when the world is facing three major crises – the financial crisis, the crisis of the environment and the increase in violence – three outcomes are possible: the further strengthening of neo-liberalism, authoritarian protectionism and restoration of social democracy. The third option is possible, but it opens up a dilemma whether in the immediate future the EU institutions will be strong enough to regulate capital flows in the direction of creating new jobs based on technological and social innovations which have always made Europe famous. Only such a turn of events guarantees that the EU will regain credibility and continue existing in the 21st century.

Deliberately leaving a portion of the dilemma open, with this conference and photo exhibition we wanted to open a debate not only about social democracy as a valuable political and social heritage, but also about the possibilities of political action today when it became obvious that the world is much easier to digitize than to build it into a better and safer place to live.

Tonino Picula (Mali Lošinj, 1961) graduated sociology at Zagreb’s University. He is a long-time member of the SDP and was the party’s Secretary of international relations from 1993 to 2000. He also led the SDP branch in Velika Gorica from 1997 to 2000. He has been member of the Croatian Parliament for several mandates. He served as a Croatian Minister of Foreign Affairs from 2000 to 2003. During local elections in 2005, he was elected mayor of Velika Gorica. Currently serves his second term as a Croatian Member of the European Parliament.

Common Foreign and Security Policy and Serbian Accession to the EU

Tanja Fajon MEP: My message of solidarity before Sunday's protests in Skopje

Council conclusions on the former Yugoslav Republic of Macedonia

EC: The region to establish facts on victims and achieve reconciliation, possible date 2025