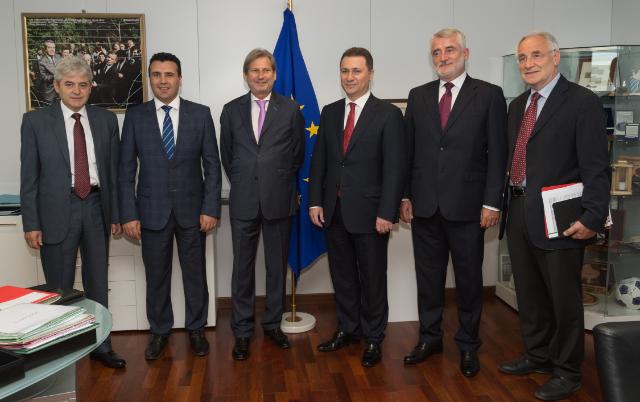 BRUSSELS – Commissioner for European Neighbourhood Policy and Enlargement Negotiations Johannes Hahn, met with the leaders of the four main political parties in the former Yugoslav Republic of Macedonia in Brussels today, to continue discussions on finding a solution for the political crisis in the country. Mr Ivo Vajgl, MEP, the Head of the EU Delegation, the U.S. Ambassador in Skopje and the Secretary General of the EEAS were also present.

The talks were open and detailed, but did not lead to a final agreement yet. The European Union urges all parties – in the interest of their country and its citizens – to find a lasting political compromise without any delay and come forward with concrete proposals to this end, building on the agreement already reached in Skopje on 2 June. The reform commitments contained therein, to which all party leaders committed must be implemented as a matter of urgency. This is essential for the country to make any progress on the Euro-Atlantic path.

The European Commission will now consider how to best contribute to the political process in the country and remains ready to facilitate discussions.