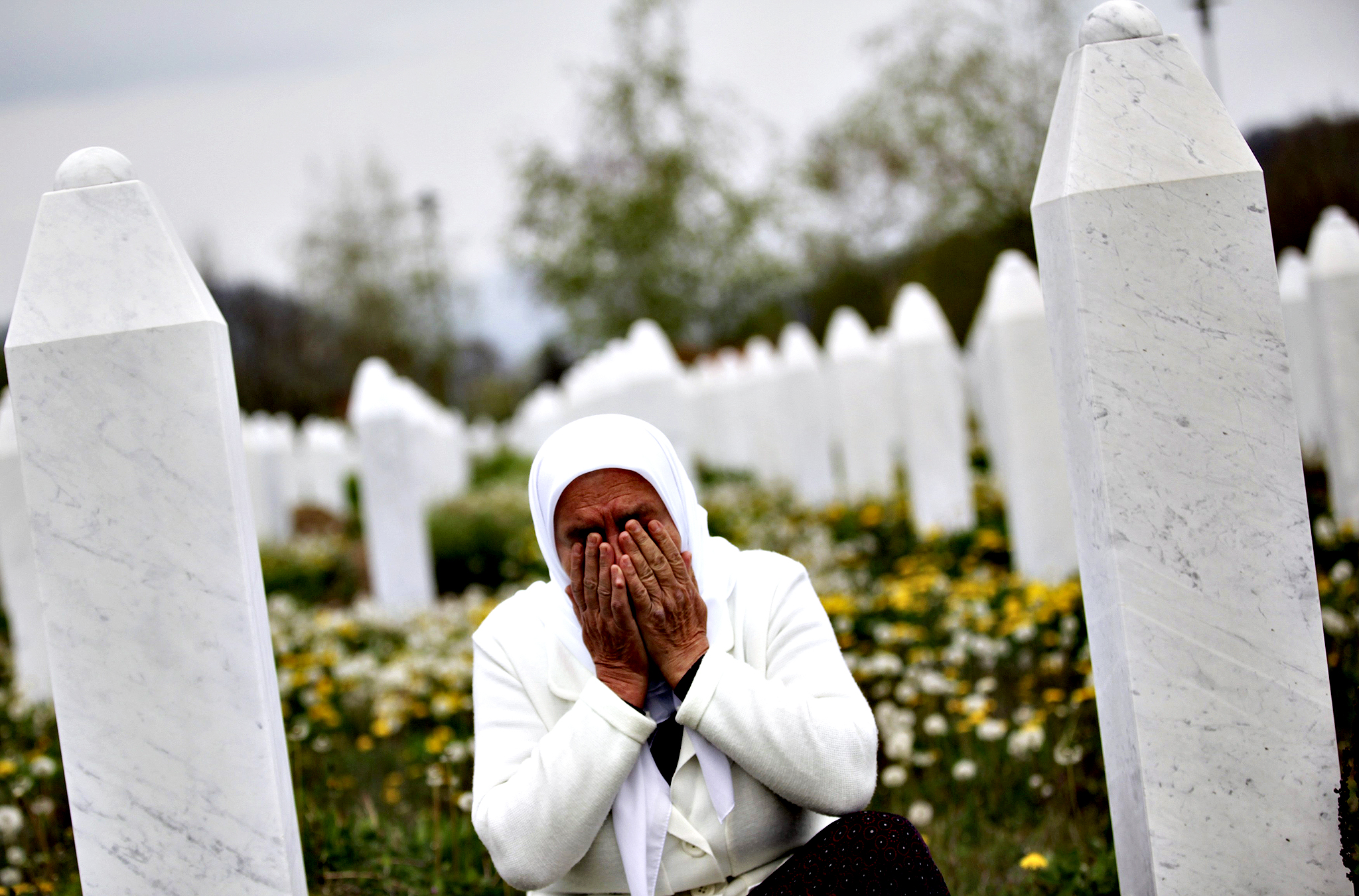 Mejra Dzogaz cries near the graves of her family members at the Memorial Center in Potocari April 7, 2014. Dzogaz lost her three sons, husband and father in the Srebrenica massacre. Survivors of the Srebrenica massacre are suing the Netherlands' government for failing to protect them from the rebel Serbs who killed some 8,000 men and boys in 1995. The case starting on Monday will determine the responsibility of the Dutch troops, under United Nations command, stationed in the eastern Bosnian town at the time of the killing. REUTERS/Dado Ruvic (BOSNIA AND HERZEGOVINA - Tags: POLITICS CONFLICT CRIME LAW)

On 11 July 2015 it will be 20 years from the Srebrenica genocide. On that occasion the European Parliament is going to adopt a resolution on it. This time, the resolution is proposed by Ivan Jakovčić on behalf of ALDE group. European Western Balkans had a chance to see draft motion of this resolution. European Parliament already adopted two resolution on the Srebrenica genocide – the first one on 7 July 2005[1] called The Balkans: 10 years after Srebrenica, and the second one on 15 January 2009[2] called Srebrenica. European Western Balkans compares some points of these three resolutions.

The first resolution adopted in 2005 was really sharp with few conditions, mainly towards Serbia. For example, paragraphs 3, 5, 8, and 9 of this resolution reflect that point. Paragraph 3 states: “considers the apparent popular support enjoyed by Karadžić and Mladić in some parts of the region to be an insult to the memory of the victims and a major obstacle to reconciliation”. Next paragraph, paragraph 5, states: “emphasises that full and unrestricted cooperation with the ICTY remains an essential requirement for further continuation of the process of integration with the EU”. Shortly after fulfilling this condition, ie. after the extradition of the last defendant in July 2011, Serbia received the official status of the candidate country to join EU. The paragraph 8 states: “supports the decision of the Serbian President, Boris Tadić, and the President of Serbia-Montenegro, Svetozar Marović, to pay respect at the Potočari Memorial on the tenth anniversary of the Srebrenica massacre”. This year it is still unknown whether Aleksandar Vučić, Serbian PM, will go to Potočari Memorial. On 12 July Vučić said that he has not decided if he will go to Potočari because he has not yet received the draft motion of the British proposal of the UN Resolution on Srebrenica genocide. The last example, paragraph 9, states: “Regrets deeply that the Serbian Parliament failed to adopt a draft resolution recognising and formally condemning the Srebrenica massacre”. National Assembly of the Republic of Serbia adopted the Declaration on condemning the crime in Srebrenica on 31 March 2010. By this declaration the National Assembly of the Republic of Serbia condemned the crime committed against Bosniak population of Srebrenica in July 1995, in the manner determined in the judgment of the International Court of Justice, and asked the other states of the former Yugoslavia to condemn crimes against the Serbian people in the same way.

The second resolution adopted in January 2009 is much less sharp. This resolution mainly stress the importance of reconciliation and call for “efforts to bring the remaining fugitives to justice” as the process of the extradition of the defendants was not over in that period. One of its main points is “commemoration of all the victims of the atrocities during the wars in the former Yugoslavia”.

The motion draft of the third resolution is very similar to the second one. It commemorates all the victims, stress the importance of prevention and punishment of genocides and crimes against humanity, stress the policies of reconciliation and support the accession process of all the Western Balkans countries to the EU and calls on the Council, the Commission and the Member States to do everything in their power to prevent such acts of monstrous barbarism from happening in Europe ever again. It only remains to wait and see whether there will be the final resolution and whether it will look different after the amendments and the plenary discussion if the Conference of the Presidents of the European Parliament decides to put adoption of the resolution in agenda.