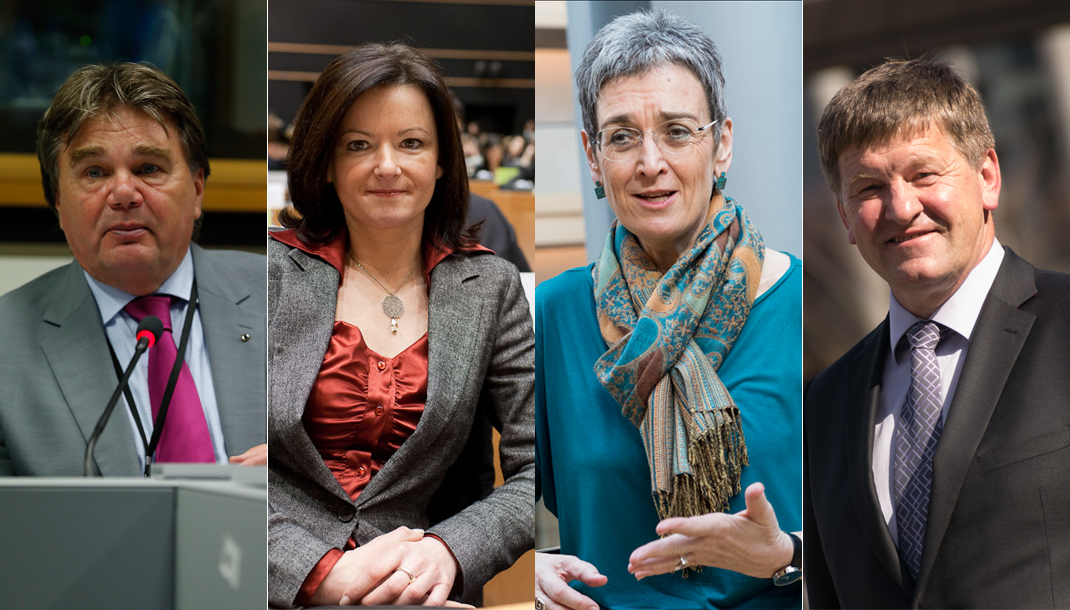 As we wrote yesterday, the European Parliament already adopted two resolutions on the Srebrenica genocide. This time we asked few MEPs for their opinion on the importance of the new Resolution on Srebrenica genocide which can be adopted in July plenary in Strasbourg.

The 2015 motion draft of Resolution on Srebrenica genocide is very similar to the 2009 one. It commemorates all the victims, stress the importance of prevention and punishment of genocides and crimes against humanity, stress the policies of reconciliation and support the accession process of all the Western Balkans countries to the EU. It only remains to wait and see whether there will be the final resolution and whether it will look different after the amendments and the plenary discussion if the Conference of the Presidents of the European Parliament decides to put adoption of the resolution in agenda.

The text of the resolution is proposed by Mr. Ivan Jakovčić (ALDE, HR) on behalf of ALDE group. For European Western Balkans, initiator of the resolution stressed that his goal is that the European Parliament commemorate the twentieth anniversary of Europe’s worst massacre since World War II in a dignified manner.

For Jakovčić it is less important whether the resolution would be accepted as a document, or the main message of this resolution would be included in the speech of the President of the European Parliament Mr. Martin Schulz at the plenary session which will be held from 7 to 9 July.

Proposal of the resolution calls the EU institutions to do everything in their power so that crimes like the one committed in July 1995 in Srebrenica never happen again. Resolution also asks the European Council and the European Commission to, on the occasion of the twentieth anniversary of Srebrenica genocide, “send a clear message to all countries of the Western Balkans that they have the European perspective, and to support the enlargement process, including through regional cooperation” conclude Jakovčić.

Members of European Parliament form other main political groups have same or similar opinion on Resolution on Srebrenica genocide.

Speaking for European Western Balkans, Mr. Franc Bogovič (EPP, SI) said that he supports the draft Resolution on Srebrenica genocide which is submitted by MEP Ivan Jakovčić and which commemorates the victims and requires from the European institutions to undertake anything that such an atrocity never happens again on European soil.

For Bogovič the twentieth anniversary of the Srebrenica genocide, the greatest crime against humanity in Europe since the Second World War, along the entire pain and helplessness of action at that time, is the opportunity not only for the EU and international community but also for Western Balkans to mark the twentieth anniversary of the genocide in Srebrenica with greater EU integration and cross-border cooperation in Western Balkans.

He also said that he strongly believes that EU needs to accelerate the enlargement process of the EU to Western Balkans countries, and that “we need to propose a straightforward European perspective in this area”. That is why he supports the draft Resolution on Srebrenica genocide. “I also call to EU for more proactive EU perspective for Western Balkans” concluded Bogvoič.

Ms. Tanja Fajon (S&D, SI) Vice-President of S&D Group, said given the sensitivity of the topic, the final decision on the adoption of the European Parliament resolution on Srebrenica is not yet clear.

“At the same time the S&D decided to support the resolution on Saturday. We expect that the final decision will be clear by the end of the week, or as soon as possible,” she pointed out.

For Fajon it is very important that the European Parliament adopts the resolution on the eve of the twentieth anniversary of the genocide in Srebrenica. Although there is no such a document that could fix what happened, the recognition that it is a crime of genocide, which has left many victims – including babies, children and women – and that is still searching for the many missing, however means a lot to those who have lost family members and friends.

She also believes that a lasting reconciliation can only happen if the whole truth is shown, regardless of what it is not in the interest of all the parties. Only when all recognize its share of the guilt and when it is loud and clear condemned, we can talk about the beginning of the process of reconciliation, which is essential for the region and the generations before us.

“It is clear, therefore, that the responsibility of the leaders in Bosnia and Herzegovina, but also in Europe and the world, when it comes to the recognition and condemnation of this crime is really big. Understanding of history in some way present a warning that such crimes in Europe could not be repeated ever. In fact, peace is not something that is given to us just like that, but we must constantly fight for the peace, day after day,” concluded Fajon for our portal.

First of all, for Lunacek, it is important that this resolution again remembers all victims of the 1995 Srebrenica genocide and expresses its deep condolences to the families and survivors. But like the 2014 EP-Progress Report on Bosnia and Herzegovina stated this resolution should also express its support for organizations such as the Association of Mothers of Srebrenica and Žepa Enclaves in view of their pivotal role in raising awareness and building a broader basis for reconciliation among all citizens of the country.

“And last but not least the EP as the political institutions, the civil society and the citizens of Bosnia and Herzegovina should use this twentieth anniversary of the Srebrenica massacre as an opportunity to enhance reconciliation and cooperation, which are key prerequisites for all the countries of the region to move forward on their European path”, Lunacek pointed out.