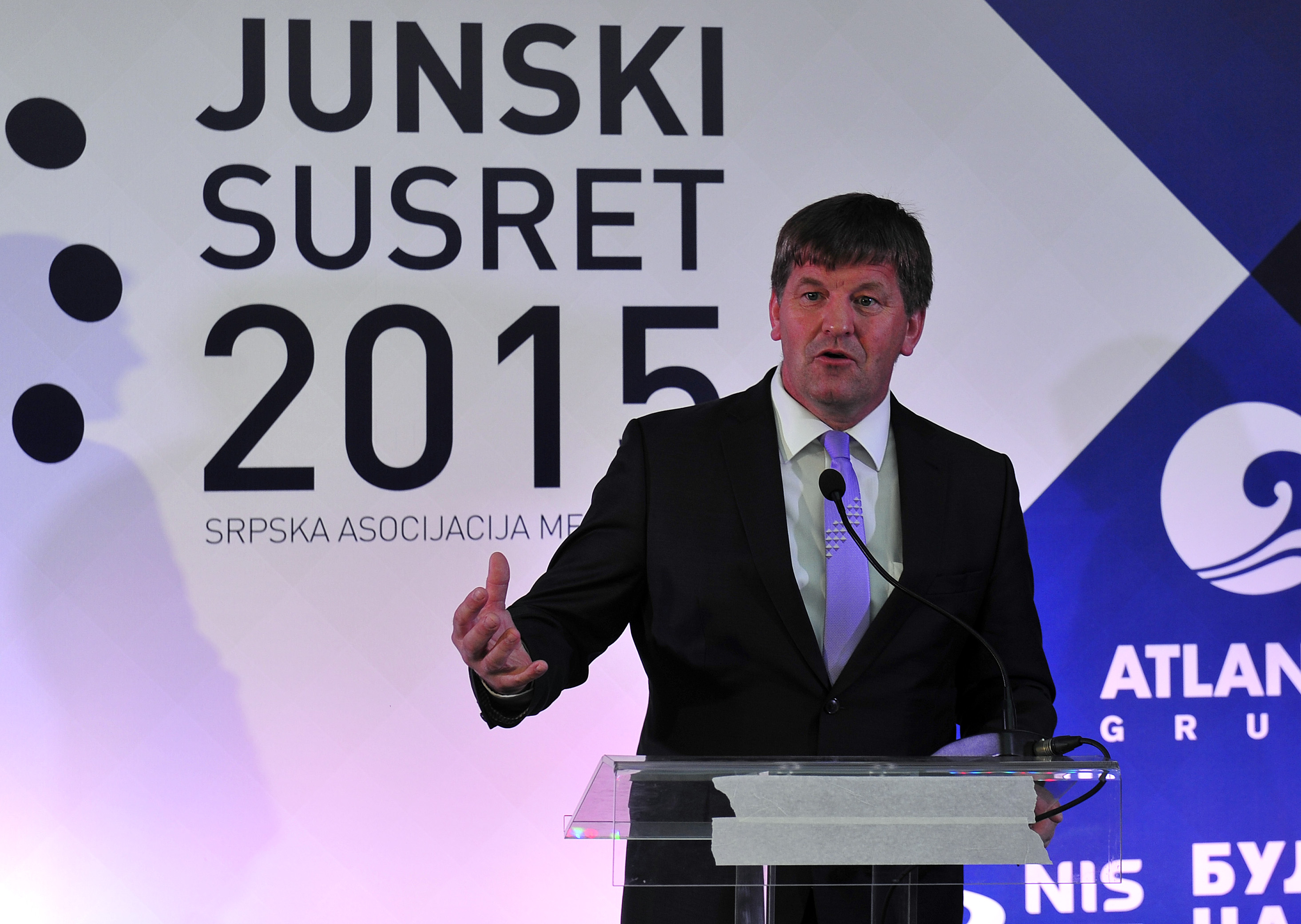 BELGRADE – Franc Bogovic MEP expects Serbia to become the first country to join the European Union after 2019 once it becomes open for new members again.

At the June meeting of the Serbian Association of Managers late Tuesday, Bogovic said that Serbia and Montenegro are among the top Western Balkan candidates for EU accession.

Over the past two years, Serbia has done much towards reforming the business environment and legislation, as well as towards improving regional relations, he said.

All MEPs who are following Serbia agree that Serbia should this year open the first chapters of the accession talks, he said.

Bogovic said that the Western Balkan countries cannot all join the EU at the same time, noting that Serbia and Montenegro have the advantage.

The amounts of money Serbia is getting from EU pre-accession funds are small, Bogovic said, adding that EUR 1.5 billion has been earmarked for Serbia from these funds until 2020, and that, for instance, Slovenia invested EUR 3 billion and received EUR 6 billion in the period from 2007 to 2013.