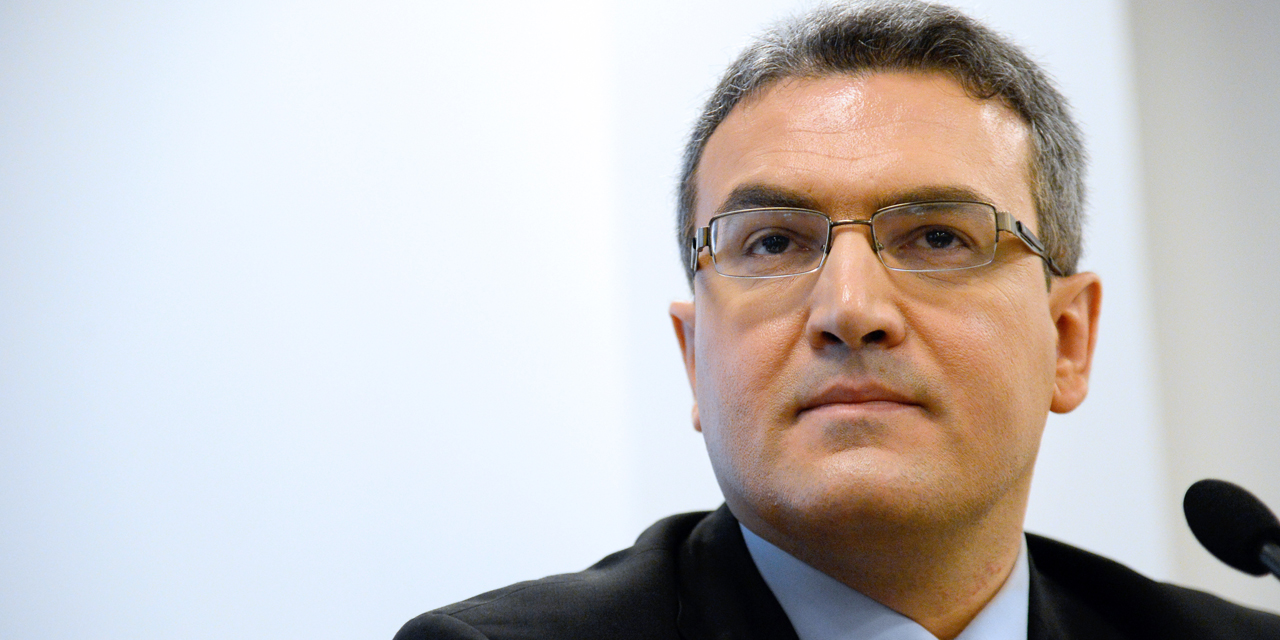 Aymeric Chauprade (@a_chauprade) is a world renowned political scientist and an entrepreneur. PhD in political science from the Sorbonne, graduated from Sciences Po Paris, bachelor of mathematics and holds a DEA International law, he taught to a variety of audiences: in business schools (ISG), the Sorbonne (DESS geopolitics of Paris I Sorbonne) at the Ecole Nationale d’Administration in Strasbourg. From 2003 to 2009, it is both holder of the Chair of History of Political Ideas of the University of Neuchâtel, Switzerland, and geopolitics Chair of the School of War in Paris. He also taught at several French military schools and foreign schools. He signed study reports for the French Ministry of Defence and the French private groups. He is a member of the European Parliament for the Front National and a member of the newly created Europe of Nations and Freedom group.

European Western Balkans: Mr. Chauprade, thank you for having time to speak with us. This year it will be 20 years from the terrible events in Srebrenica. These days a lot of journalists and people are talking about the third EP resolution on it. What was your motive for placing a new Draft Resolution on Srebrenica?

Aymeric Chauprade: I decided to make this proposal for resolution as an alternative to the many unilateral and nonobjective resolutions about Srebrenica which pretend to impute collective guilt on the Serbian side. Genocide is the most heinous crime known in international law and this is not a question of politics but rather values: all the Srebrenica victims, Muslims and Serbs deserve our consideration, and cannot longer be a political weapon for the interventionists powers оr the local political leaders.

From the Front National at the European Parliament, we consider that the joint perspective of the disaster as a mutual misfortune is the only guarantee that will never happen again and the beginning of the real reconciliation of the people in BiH but specially, we consider that is time for being constructive starting implementing the necessary reforms for a better life quality of the BiH citizens: BiH is an unstable country, with a deep political and economic crisis for a long time already, 45% of the citizens are jobless while one-third works in public institutions, with a big problem with Islamic radicalization and radicalization in general.

EWB: What are the main messages of your Draft Resolution?

AC: Loyal to the values of the Front National, this resolution pretends to establish, at the level of the European Institutions, a critical and impartial approach to this terrible event which goes from April 1992 to July 1995. The attack by Muslim forces on surrounding Serbian villages, the unimplemented demilitarization of Muslim forces as the evacuation of women children and elderly Muslim as well as the corridor opened by the Army of Republic of Srpska after the fall of Srebrenica on July 11, 1995 has to be taken into account before taking any conclusions.

EWB: Who are the authors of draft or resolution? Some parties in Serbia support it.

AC: This proposition of resolution concretely was entirely designed and driven by the Front National at the European Parliament. We really appreciate the support of all of those who believe this resolution would bring a real reconciliation and who support it.

EWB: You will organize a conference in the European Parliament on the topic “Serbia among the great powers”. Who will be your key interlocutors?

AC: Indeed, we are organizing a conference on June 30th and the topic will be “Serbia between the United States, EU and Russia” in collaboration with the “Institut du Monde Multipolaire” and the “Serbian Institute for Public Diplomacy”. Some interlocutors will be my colleague MEP Barbara Kappel from Austria; Alexis Troude, a well-known author in France regarding Balkans issues; Henri de Groussouvre, Carolus Forum founder and general delegate and Bogdana Koljević, Research associate at the Belgrade Institute of Political Studies and editor at Nova Srpska Politička Misao, among many others.

EWB: Can Serbia really play important role as the mediator between the EU and Russia?

AC: By now I would say that the current trials of neutrality are not going to be easy to handle because the EU and Russia are distancing due to Ukraine. The most compelling evidence of the Serbia’s dangerous tango might be the diplomatic offensive which this country is suffering this month. Nevertheless, as mentioned above, this will be precisely the main topic of the conference which I am organizing. I think I will certainly be able to come back to you with many new ideas after the 30th June.

EWB: Which political approach you consider the best to the Western Balkans from the EU?

AC: Balkans have to be considered as a club of sovereign countries each of them with specific interests. They are not property neither of an US-led EU nor Russia. Some of them have a special relationship with Russia and expect a balanced approach of diplomatic issues. This is our philosophy.

EWB: And the last question is – What is the intention of the “Motion For a Resolution on the Halting of the Negotiation on Serbia’s Accession to the European Union” Why at this moment?

AC: We are talking about the “Motion For Resolution on the Halting of Negotiation on Serbia’s Accession to the EU” published on May 9th 2015, not recently certainly. This concrete resolution was not my initiative but I gave it my support since I fully agree that the EU policy for Serbia is unfair: First, there are profound disagreements between the EU and Serbia regarding the status of the province of Kosovo. It is because I support Serbia that I do not want to give support to EU pressure against Belgrade. Second because a US-led EU is widening the gap with
Russia, further separation between Serbia and Russia wouldn’t be good for Serbia. To respect the real
interests of your country we think we need first to change the EU foreign policy towards Serbia and then to integrate Serbia, which has to play a key role in the future Europe of Nations.

EWB: Merci beaucoup, monsieur Chauprade, for having time speaking with us and for your answers. We will back to you with new questions after your conference.