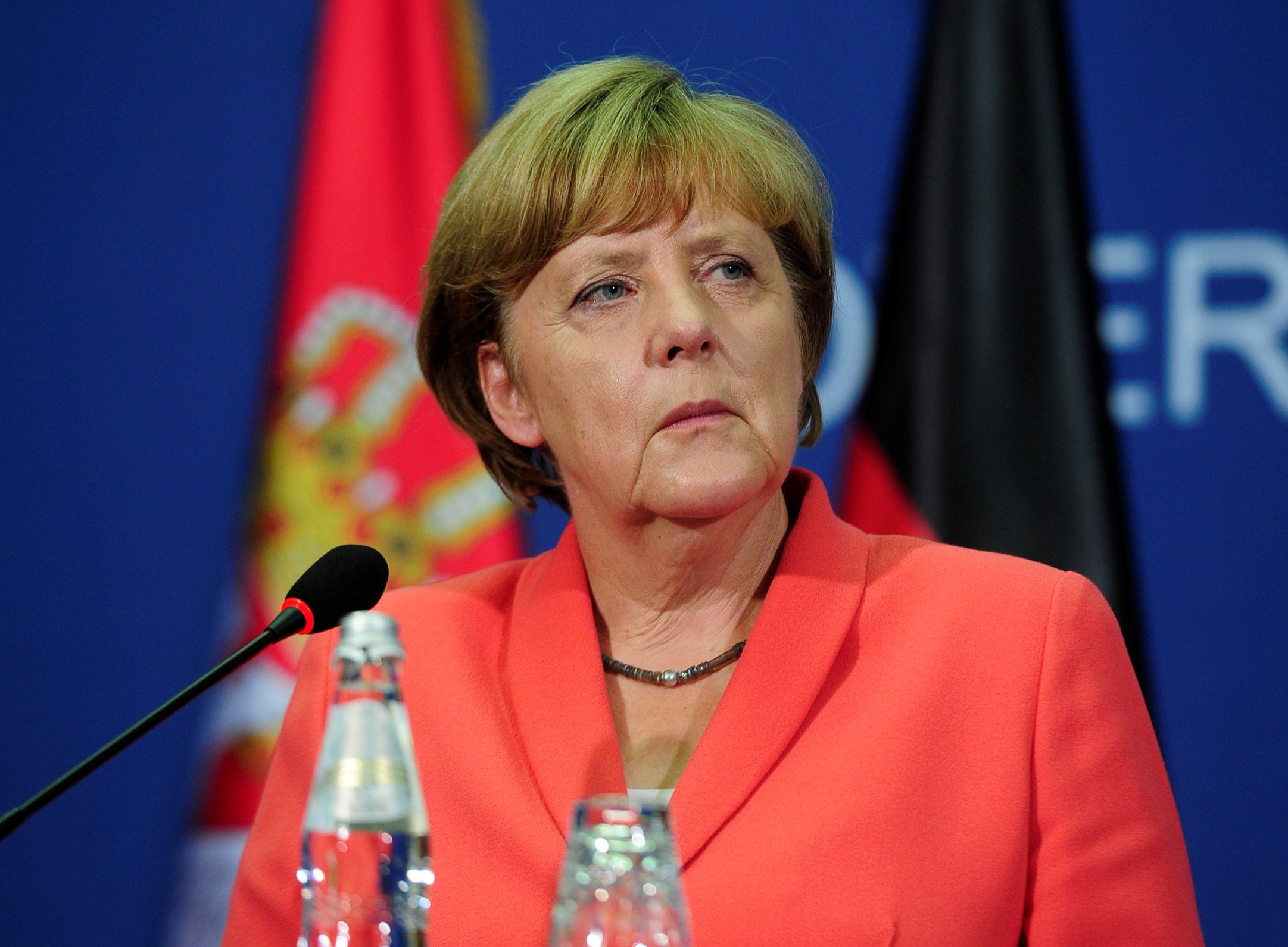 BELGRADE – Serbia can count on Berlin’s support in the dialogue with Pristina, German Chancellor Angela Merkel stated in Belgrade late on Wednesday and underscored that the willingness for compromise demonstrated by the Serbian side would be taken into account in the opening of negotiating chapters with the EU.

You can count on support from Berlin, Merkel said responding to reporters’ questions and added that Germany sees that there is great willingness for compromise on the Serbian side. We will point this out during debates within the EU, she noted.

This was not always the case in the past years, but now the situation is different and we will make a positive assessment concerning this point, Merkel said and added that it is only a matter of time when the first negotiating chapters would open.

Addressing a joint news conference with the Serbian prime minister, Merkel also qualified as positive the reforms Serbia has implemented.

People need to reduce their spending but these measures are producing first results and IMF assessments point in this direction also, Merkel said and added that this shows Serbia’s economy rests on good foundations.

Merkel said that she believes that the economic reforms in Serbia will bear fruit.

Responding to a reporter’s question if Serbia can count on support from Europe to avoid “the Greek scenario”, Merkel said that, in her opinion, the situation in Serbia is completely different.

Here, there is a government that is willing to go down a path that is not easy, but that will bear fruit, just like in Portugal and Spain. I firmly believe that, stressed Merkel.

She added that Serbia implements economic reforms not to ingratiate itself with anyone, but to avoid further debt and interests, and to make more room for investments.

The prime minister’s actions are intended to reestablish trust, because it will attract investments that will lead to job creation, Merkel said.

Vucic stated that Germany is a reliable partner and that Serbia expects it to back the implementation of difficult reforms.

Addressing a joint news conference with German Chancellor Angela Merkel, Vucic underscored that the two countries’ political and economic relations are improving and expressed gratitude to Merkel for the policy of peace and good relations in the Balkans.

He noted that he informed Merkel that he believes Serbia has done a lot and that it was not easy, adding that he expects Germany’s support.

We have opted for difficult reforms because easy solutions cannot produce positive results, Vucic said and added that Greece is Serbia’s friend but the economic measures and economic path Serbia has chosen are different, which he believes would produce good results for Serbia.

Asked about moving targets that are being imposed on Serbia on its EU path, Vucic said that as far as Germany is concerned, it is standing by its conditions and is a reliable partner.

I would be glad if everyone was as reliable a partner as Germany is, the Serbian prime minister said. When we faced problems, Germany found ways to provide assistance and it is taking care of Serbia to this day and we are grateful for this, Vucic said.

Merkel said that Serbia faces a great challenge concerning the migrant issue, but that the wave of refugees should not make anyone raise walls.

She noted that Serbia has become a transit country, with the largest number of migrants arriving in Serbia from Syria, via Greece. The EU has been discussing this matter too, and we will not abandon anyone, she said.

She stressed that unduly heavy burdens are placed on small countries such as Hungary and Serbia. Hungary has 60,000 migrants and needs our help, the German chancellor said.

The Serbian prime minister reiterated that Serbia will not raise any walls to keep migrants out.

He noted that he talked to Hungarian Prime Minister Viktor Orban about the fence being raised along the border with Serbia, but failed to persuade him to abandon the idea.

Vucic stressed that it is important to handle the migrant issue jointly and preemptively, and added that Serbia opened a migrant reception center, that the UNHCR reports confirm that they are treated well, and that the migrants themselves see Serbia as the best host country.