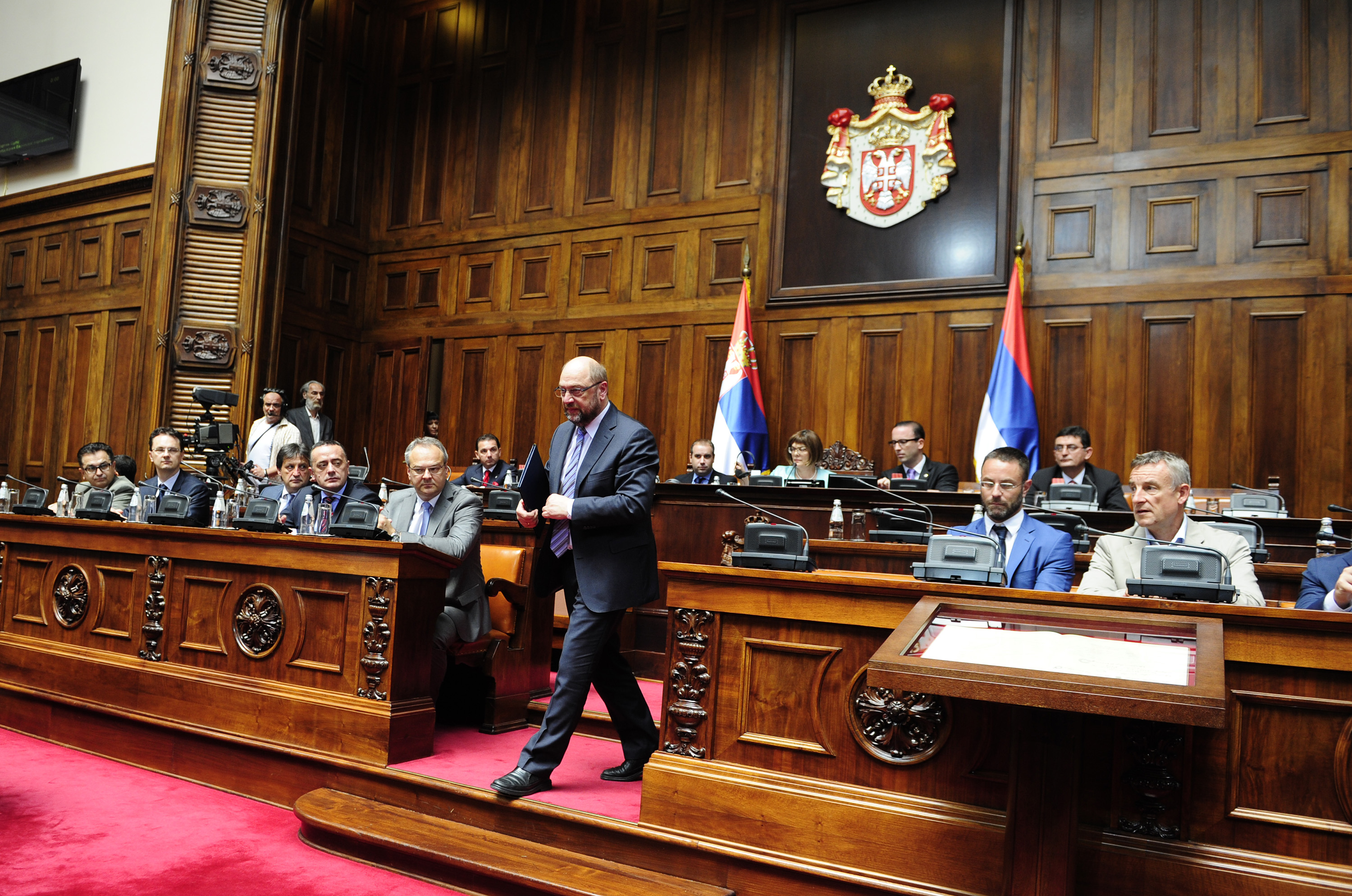 BELGRADE – President of the European Parliament (EP) Martin Schulz said on Wednesday that Serbia is the key country in the region and added that the country’s willingness for compromise did not go by unnoticed in Brussels.

Serbia has a key role in the region and you can build bridges and establish common values, Schulz said addressing MPs at the fourth special session of the Serbian parliament.

During his visit to the parliament, Schulz expressed appreciation to Prime Minister Aleksandar Vucic for participating in the memorial gathering in Srebrenica on July 11. We were deeply grieved by the fact that he was chased away by an angry mob and we condemn such behaviour, Schulz said and added that the prime minister can take credit for the fact that he was not dismayed by the incident.

Schulz expressed gratitude to the Serbian government for initiatives and engagement in view of stability improvement in the region and voiced an expectation that the first chapters in Serbia’s EU talks would open by the end of the year. Major work will begin at that point, he said and stressed the importance of media freedom and ombudsman’s work on the EU path.

According to Schulz, MPs have an important task in the talks because they are discussing laws and adopting them, so it is up to them to explain why reforms are important.