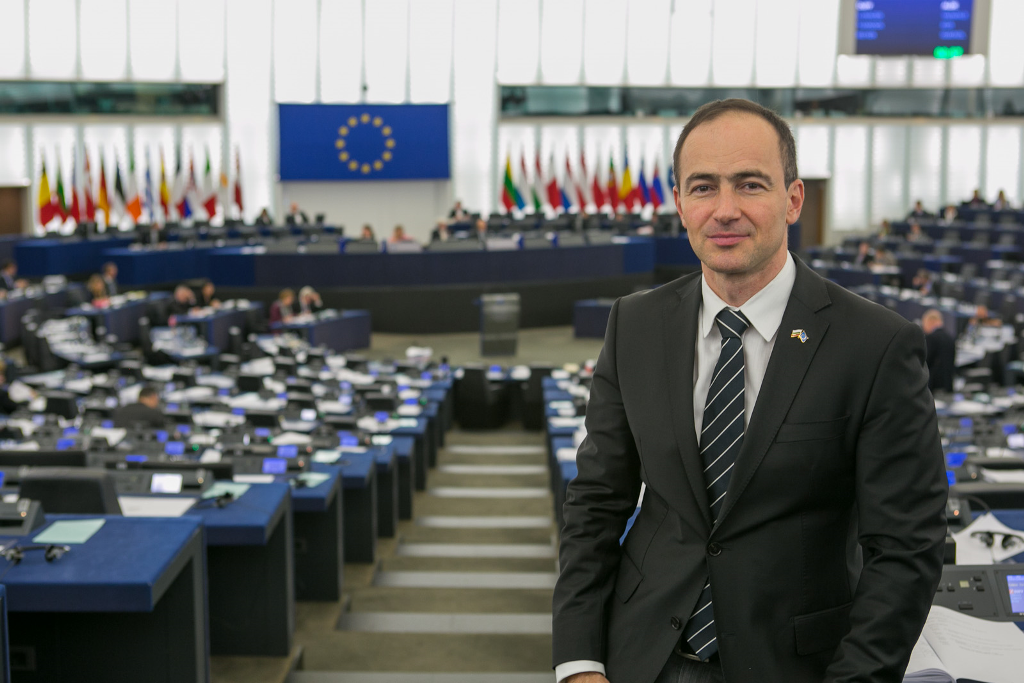 Andrey Kovatchev: The European Union is a result of a peace building process that started after the WWII and as such needs to continue to generate peace and freedom to the countries of the Western Balkans as well. The European project cannot be complete without the integration of the Western Balkan countries. Although there are no final acts of enlargement within the next few years, keeping a clear opportunity for accession of the West Balkans is of critical importance. Implementation of the democratic agenda and EU integration would automatically open a lot of opportunities in the infrastructure, trade, energy and security sectors.

AK: Simply adoption of European standards means adoption of democracy and rule of law, guaranteeing security and prosperity. It is very important for people to understand that integration is in the interest of Serbian citizens and the EU project is a project for the people, not for the bureaucrats. Also applying common community standards is an instrument to overcome the troubles of the past, the scars of nationalism and the marks of communism.

EWB: You spend some time in Serbia, a month ago, what are your impressions after this visit?

AK: I was very pleased to visit Belgrade in my capacity of Vice President of the Union of European Federalists (UEF). I took part in an important conference regarding Serbia’s EU candidacy. The event was organized by UEF and the “Konrad Adenauer” foundation (KAS). I was happy to meet many young Serbian pro-European people, motivated by the vision of united Europe. I also recognized the challenges on the European road of Serbia, which passes not only through Pristina, but through reconciliation with history. Furthermore, Kremlin’s administration tries to divert Serbia away from her European track. Our mission is to justify the advantages of European integration and to assure the citizens that these reforms are in their interest. EU and Serbia should also keep and deepen comprehensive political dialogue with the national political elites and hopefully work together to promote the benefits of EU membership to the public.

EWB: Serbia is facing serious allegations on media freedoms from the side of journalist, and civil society. As a member of AFET, do you agree with majority of them thatch serious reaction from Brussels will be absent until the Belgrade – Pristina negotiation last?

Media freedom is an important part of democracy, every intervention against media freedom is intervention against our values. In each progress report on Serbia the issue with media freedom is an important part and we address it with our recommendations. it is up to the Serbian authorities to follow and show sincere commitment to ensure freedom of media if they want to really see Serbia in the EU.  The European Parliament and the European Commission will continue to monitor Serbian media and will take into account all the policies taken by authorities on that matter.

EWB: The most important political issue nowadays in the Balkans is the crisis in Macedonia? Why there is no sharp reaction to the events in Macedonia from Brussels? As a member of AFET and substitute in Delegation to the EU-Former Yugoslav Republic of Macedonia Joint Parliamentary Committee do you agree that EU engage late in the process?

AK: The Parliament and the Commission have been taking the Macedonian issue very seriously: three months ago, the EP adopted a resolution on the 2014 Progress Report on the Former Yugoslav Republic of Macedonia, prepared by AFET. It is very sad to see how the Macedonian side and media controlled by government selectively read the recommendations and hiding the inconvenient ones from the public. Similar to Serbia, the legacy of Yugoslav communism can still be seen in various levels of society-media, politics, and economy. Until the Macedonian society does not find a way to overcome this legacy, I doubt that the EU would become a fast reality.

More specific many MEP and AFET members are deeply involved and monitor closely the current situation in this country. The situation is getting worse each year. The government of Nikola Gruevski is clearly incompatible with EU values-many opposition media and especially those critical to the regime of Mr Gruevski have been closed, opposition leaders have been sent to jail under false allegations, political corruption, impunity and political appointments are notoriously widespread, as evidenced by the nearly 40 “bombs” that were made public by opposition leader Zoran Zaev. In addition the Ohrid Agreement is not fully implemented. There is a clear discrimination against people, openly declaring their Bulgarian identity and if they do, they get prosecuted, fired from work, publicly humiliated in the pro-government media. In bilateral relations, the problem with the name with Greece is complemented with the reluctance of Gruevski’s government to sign an Agreement of Good Neighborly Relations with Bulgaria. The government uses history as tool of propaganda and to divide people. Instead of following the numerous reports’ recommendation to jointly celebrate common historical events with neighbors, the Macedonian government portrays Greek ancient and Bulgarian medieval and modern historical figures as ethnically   “Macedonian”.  The government also officially sponsors movies such as “Third halftime” that are complete historical propaganda and instill hatred towards neighbors (in the case Bulgaria). The list could be continued but it comes to show that many things have to be changed in Macedonia before it could start EU negotiation process and return on the path of democratic development. I am glad that today (15.07.2015), with the mediation of the EC and Commissioner Hahn and other international players reached an agreement for overcoming the political crisis. Gruevski’s government “will submit its formal resignation to parliament in due time to enable the new transitional government to be sworn in on 15 January 2016”. His party will nominate a new prime minister to lead that transitional government, whose tasks “shall be limited to the organization of the early parliamentary elections”, to be held on 24 April 2016. Let us hope that this deal and fair elections in April 2016 will return Macedonia on the road to normalization and EU integration.

EWB: You are Vice-President of the Union of the European Federalist, Western Balkans (at least part which belongs to former Yugoslavia) leave one federation, why you think that next one will be better choice?

AK: The EU is a globally unique project, uniting countries on a voluntary basis. Soviet Union and Tito’s Yugoslavia were multiethnic state entities based on totalitarian ideology and violence over the free will of the citizens. In the future EU could develop into a federation if citizens like this next step. By the end of 2050, the population of EU will only represent 5% of the world’s population.  If we want to stay globally competitive and stand a chance to tackle global problems such as lack of enough jobs, climate change and pollution, migration, etc. we need to stay together and to invest in common market of goods, services, free movement of people and capital. Nationalism and egoism lead only to disaster for people. We only need to look in our region’s history to see many examples for that.

EWB: What do you consider to be the most important for further integration of Western Balkans into EU?

AK: I believe that it is essential for us to establish a constructive political dialogue and mutual understanding with the national leaders in this region. Only together we can explain the benefits of European integration to their citizens and counter the anti-EU rhetoric that blames Brussels for “unpopular” and “arduous” reforms. It is also an imperative to help the citizens in this region to understand that they have a realistic opportunity to enter a Union that advocates for political and economic stability, democratic ideas, and equal rights for every member.

EWB: Dr. Kovatchev thank you once again for your time. We wish you very best in future work.