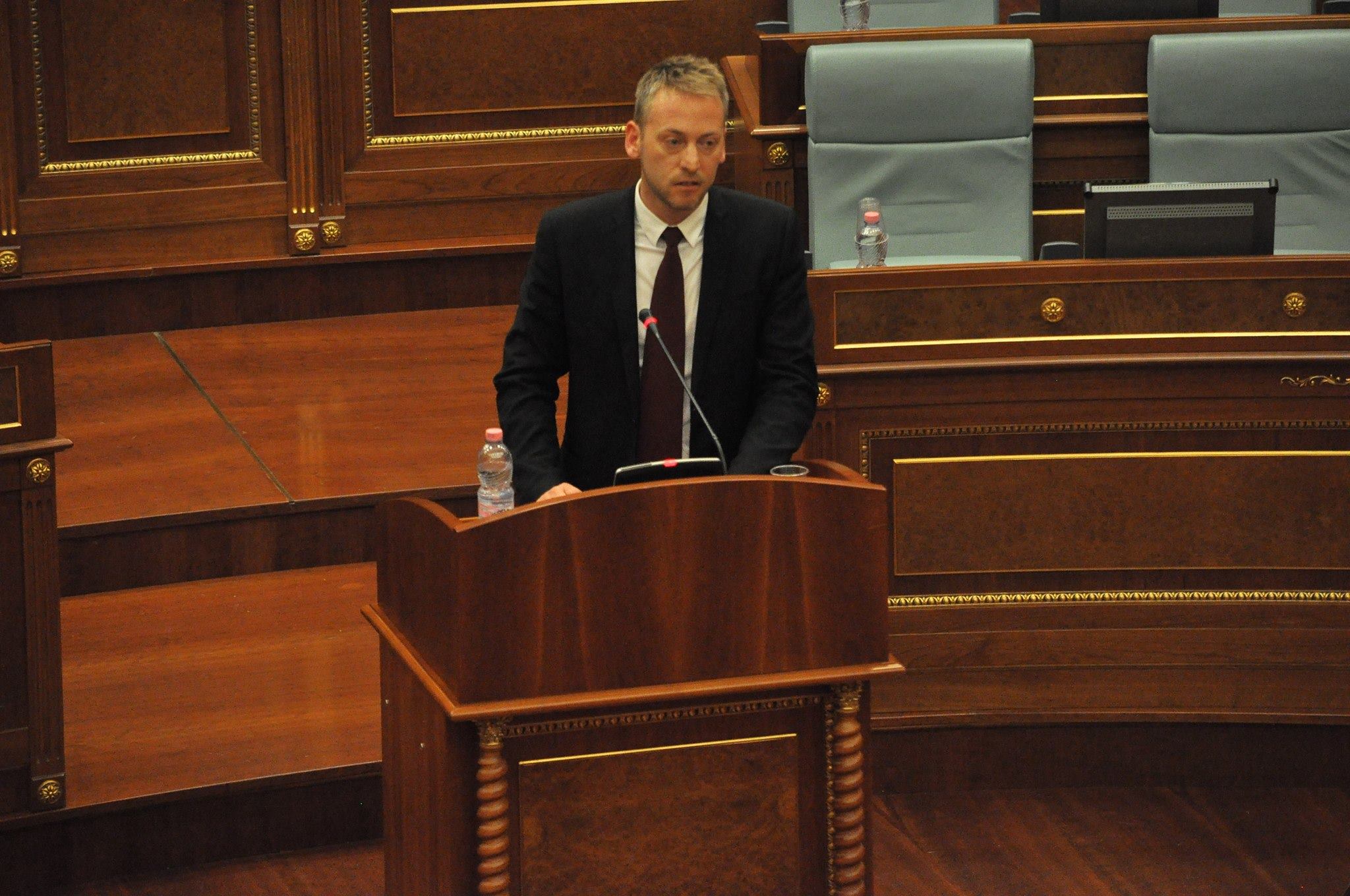 The Government of Kosovo, sworn in on 8 December 2014, composed of incompatible political partners – the Democratic League of Kosovo (LDK) of Prime Minster Isa Mustafa, the Democratic Party of Kosovo (PDK) of Hashim Thaci, and the Serbian List (SL) of Belgrade – agreed to continue the Brussels-led dialogue between Kosovo and Serbia, and implement all the reached agreements, primarily the creation of the Community of Serbian majority municipalities (ZSO).  This government provided a guarantee that the process would continue as it was designed – without a timeframe; non-transparent; without clarity; with permanent ambiguous interpretations. Most importantly, it guaranteed that it would serve European Union’s tool of buying time for its halted enlargement policy to the Western Balkans. The Brussels process intends to create a perception that through dialogue enlargement will happen.

The EU has used successfully its conditionality policy on Serbia, where Belgrade has moved significantly closer to the EU. The lack of its conditionality for Kosovo has left Pristina where it was – without a clear European path. It has also maintained the framework of Kosovo’s internal institutional rearrangement – producing absurd and in essence anti-European agreements, such as the Justice Agreement of February 2011. That agreement – in essence illiberal and discriminatory- has introduced ethnicity as the single most important criteria in judicial employment for both judges and prosecutors, and the court administration. It divided this sector in 55%-45% ratio between Kosovo Serbs and Kosovo Albanians, excluding Bosniaks, Turks and RAE to be represented in the justice system. It violated the Constitution of Kosovo, the principles of non-discrimination; the Council of Europe requirements, and the rulings of the ECJ and ECHRF.

For almost five years, the Brussels led dialogue has shown the significant weakness of the European facilitators. Without ambition, and left to a bureaucratic understanding of peace building, this process has produced an ambiguous “finale” of the process. This finale consists of the following “understandings” – a) introduction of  the concept of “shared sovereignty” between two states which do not recognize each other; by making  the ZSO a part of both Kosovo and Serbia and giving equal governing responsibility to Belgrade and Pristina over the Kosovo Serb populated areas in Kosovo; b) has introduced the notion of “legally binding agreement” between Kosovo and Serbia to be signed on the eve of Serbia’s full membership in the EU; c) calls for Kosovo’s “strategic patience”, by which Kosovo receives a modified Stabilization and Association Agreement (SAA) and potentially visa liberalization in exchange for Pristina’s “patience”  where Kosovo becomes an EU candidate state only after Serbia joins the EU, whenever that may be. At that unspecified date will a most probably federal Kosovo become a full member of the international community – joining the UN and OSCE, in the meantime becoming a member of the UNESCO, CoE, WTO and some other UN agencies.

The price for following such parameters of this process has been very high for the societies in both states. Since 2011, we have seen deterioration of democracy in both states; dwindling economy; weakening of institutions; decline in freedom of media; an introduction of semi-authoritarian style of governance; while most of the best and brightest young people have been leaving Kosovo and Serbia respectively. This process has revived the old political plan of Belgrade to create an autonomous Kosovo Serb region, introduced in early 1990s, and rejected by the West and Kosovo during the last decade and a half. The over 20 year old idea of a Kosovo Serb separate entity was always seen in Belgrade as an intermediate phase to partition of Kosovo. What had been rejected by Kosovo and the West in Rambouillet, during 2002-2004 decentralization process, during the Ahtisaari and the Troika processes in 2007 has succeeded with the Brussels “facilitated” dialogue on “normalization of relations”. It has also shattered the liberal Kosovo. All who advocated for a civic Kosovo have seen their ideal of a state being torn to pieces by this process.  I was a firm believer that the Kosovo Albanian leadership is responsible for care of Kosovo Serbs and build an equal society. It is the duty of a responsible majority. The Brussels process removes this responsibility. And corrupt and ignorant politicians obtained western support to serve the prevailing short-term stability agenda sacrificing democracy, development and justice.

During the last five years the US and Iran – along with the UK, France, Russia, China and Germany – have reached a “joint comprehensive plan of action” agreement to end their hostilities. That is what a serious process ought to result with. In almost five years Kosovo and Serbia have been discussing the same set of issues, often in disagreements on what the parties have agreed to. This practice must come to an end. A more credible and ambitious agenda is needed. This agenda would recognize that the much needed normalization of relations cannot be achieved through a never-ending process. We need an act, a real comprehensive agreement on normalization which would define the relationship between the independent and internally-cohesive Kosovo and the independent Serbia, including a tangible EU enlargement process for both states.