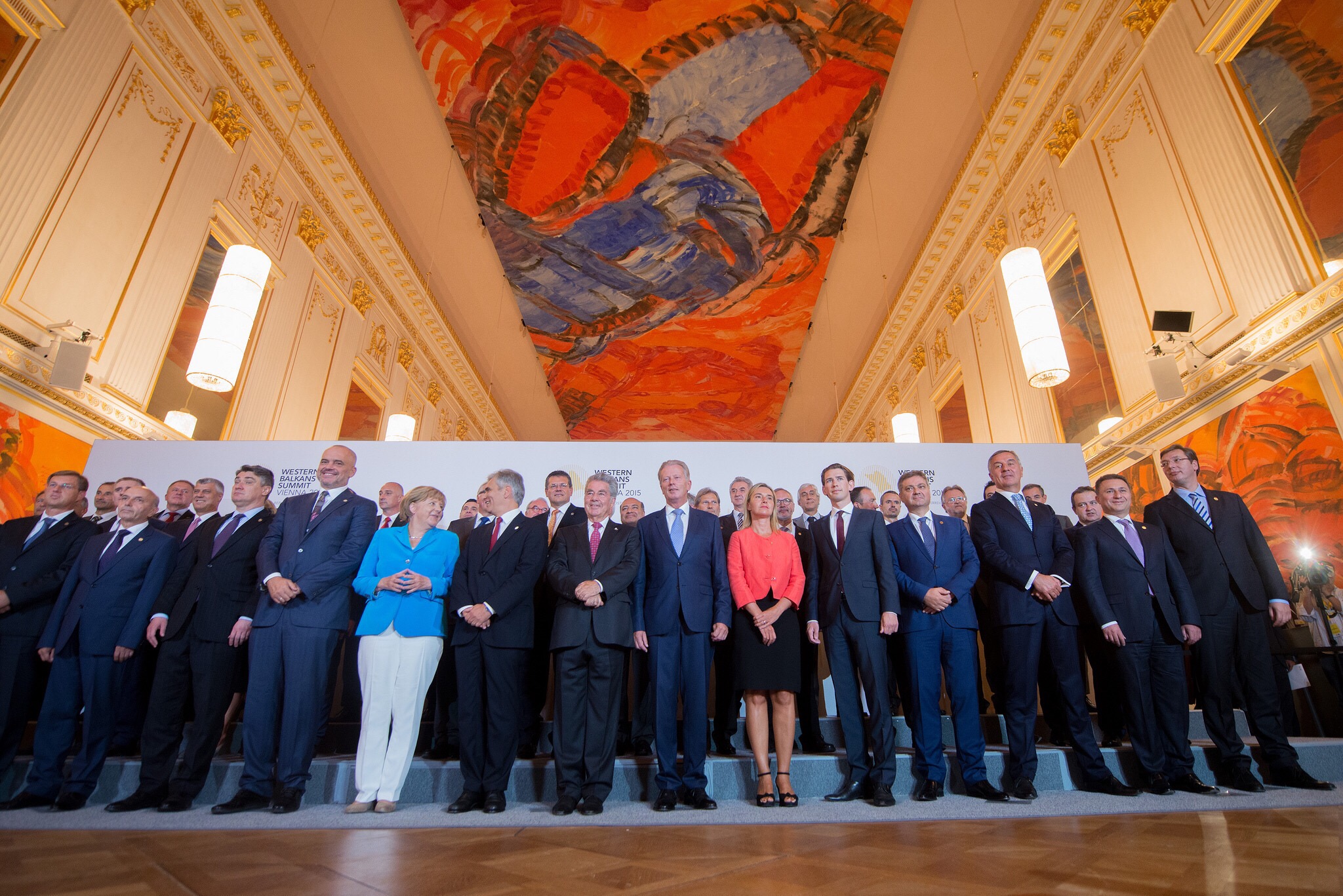 Yesterday, the Government of Austria hosted the leaders of the Western Balkans in a high-level meeting in support of the European Union perspective for this region. Together with leaders from Germany, France, Italy, Slovenia and Croatia, we as representatives of the EU attended this important Summit – a continuation of a conference hosted by the German government in Berlin a year ago – in the wake of a crucial step forward in the EU facilitated dialogue between Belgrade and Pristina. The four agreements reached last Tuesday in Brussels – on energy, telecoms, the establishment of the Association / Community of Serb majority municipalities and Freedom of Movement / Mitrovica Bridge – are a milestone in the normalisation of relations between the two countries. They send a powerful message to the whole region.
With a clear European perspective set out for the Western Balkans, this region is the closest to the European Union in terms of not only geography, but of values and aspirations. The citizens in the region want better socio-economic conditions at home, a strengthened rule of law and accountability, improved connections inside their countries as well as to their neighbours and to the whole EU. The youth seeks avenues to realise their hopes for education and good jobs, together with a safe basis for starting their own family life.

To achieve progress, it is clear that local leaders must put aside domestic rivalries and focus on their countries’ common interest, that is regional cooperation and the European perspective. The important domestic agreements in early 2015 in Bosnia and Herzegovina and more recently in the former Yugoslav Republic of Macedonia, together with the latest step in the Belgrade-Pristina dialogue, are examples of the dynamic needed.

The progress on connectivity is a very good example in this respect. The Western Balkan countries have taken ownership: their leaders should be commended for showing their political will and leadership in putting aside the differences of the past. They agreed to build bridges – not only physical ones but also ones of peace and reconciliation.

Reaching agreements to overcome outstanding disputes is a clear goal where the EU can offer support, but the fundamental political will must be garnered in the region’s capitals.

This summer’s events reminded us of how crucial the Western Balkans are to the European Union for yet another reason. Europe is facing the most serious refugee crisis since the end of World War 2, and our whole continent is affected. No country can pretend to address such an exceptional issue alone, every country has to do its part in this common challenge. We need a coordinated EU response, and the highest level of cooperation between our Union and our neighbours. We are ready for enhanced support and major financial aid to our partners, to help them with capacity building on border control and on fighting human smuggling. But we also need them to do their fair share in dealing with the crisis.

The European debate on migration, so far, has too often turned into a useless blame game. We have to stop pointing fingers at each other and work together to find common solutions. This cannot be delayed anymore: at stake is the life and dignity of so many people who flee from war, poverty, persecution. No one advocates the opening of the EU’s frontiers. But we hold a responsibility toward these people. The door of Europe cannot be shut in the face of the refugee, the exile, the outcast. If that happens, it is not Europe anymore.

Managing this crisis will be an important test for the EU, the Western Balkans and their European perspective.

This region can and should be integrated further into the European networks. In preparation of the enhanced integration with and into the EU, the inter-connectivity of this region is moving forward. Transport has to be facilitated along core routes. Also, energy grids should be improved and their capacity enhanced.

We believe that the Vienna Declaration adopted at our Summit yesterday sends a solid message of support for the EU perspective, regional cooperation, interconnectivity in the region and improved socio-economic conditions for all, including the youth. As the recent achievement in the Belgrade-Pristina dialogue shows, an increased EU role in the Western Balkans can only benefit our partners and ourselves. The EU and the Western Balkans share the same space and the same interests – and, we believe, we can share the same European future.

Serbia and Croatia to use opportunity to improve relations