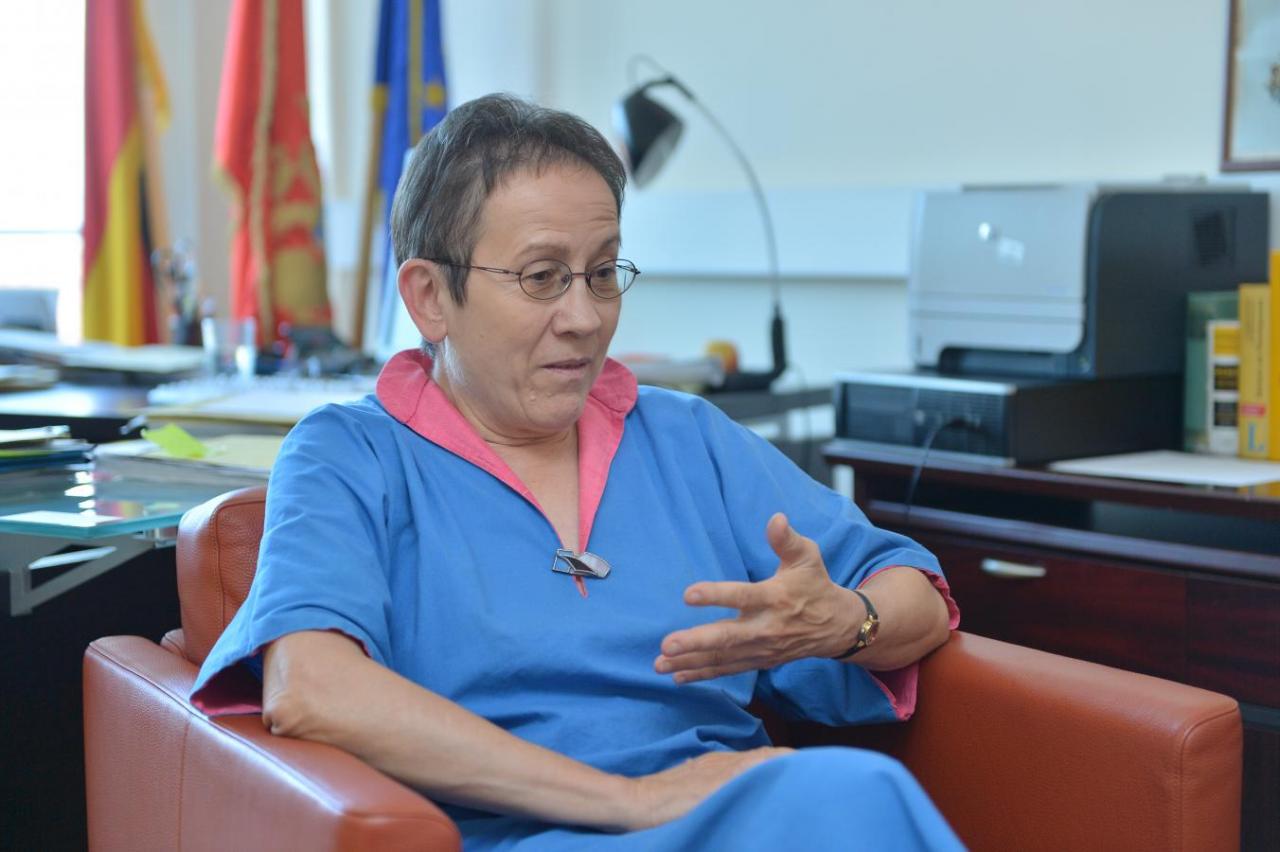 European Pulse: We don’t turn a blind eye but raise our concerns with regard to the fight against high level corruption with the government on all levels. But it is better not to talk publicly of such sensitive issues.

For an outsider it is amazing to see how divided the small Montenegrin society is and how this reflects in the media. The deplorably bad ratings of Montenegro in the ratings of NGOs like Freedom House and Reporters Without Borders speak for themselves.

Gudrun Steinacker: Montenegro’s main problem seems to be the gap between the reform of laws and regulations and the implementation on the ground. We want to see this gap becoming ever smaller. This gap is particularly visible in the reforms of chapter 23 and chapter 24. Germany has been supporting Montenegro to this effect with experts and numerous projects, Ambassador of the Federal Republic of Germany to Montenegro, Gudrun Elisabeth Steinacker told European Pulse. Asked to assess the progress Montenegro made in the first three years of negotiations with EU, she said that this was in the first line the task of the EU delegation and the relevant units in the EU Commission since, she said, a small embassy with 14 collaborators, most of them technical and consular staff, cannot have the capacity to evaluate the negotiations in detail. “Thus we generally support the evaluation of the EU Delegation and the EU Commission”, Steinacker said.

EP: Three years after the opening of the negotiations there has not been a single final verdict for high level corruption. Also, recently there have not even been indictments that would involve high government officials. Is it possible that Germany and the EU are turning a blind eye on such developments when it comes to Montenegro and its authorities?

GS: We don’t turn a blind eye but raise our concerns with regard to the fight against high level corruption with the government on all levels. But it is better not to talk publicly of such sensitive issues.  You cannot expect miracles. The new General Prosecutor started his job 8 months ago, the Special Prosecutor’s Office only started to work last month. It is in my view fair to give them some time and see what they can achieve.

EP: Germany strongly advocates Montenegro’s membership of NATO, or rather supports sending it the invitation in December. What actually needs to be done in Montenegro for the German representative to vote in favour of the invitation for Montenegro this December?

GS: NATO will decide whether Montenegro fulfills the conditions for the membership. But Germany agrees to what the Secretary General Jens Stoltenberg has said so far. We would like to see Montenegro in NATO.  But that depends on the public support for NATO in Montenegro and the further commitment of Montenegro to democracy and rule of law.

EP: For some time the analysts have been warning that the Montenegrin government only responds to strong international pressure, but remains deaf to demands of domestic stakeholders and opposition. One example is the Ulcinj Saline which, despite the warnings, appeals and critics from the NGOs and media, reacted only after Yours, and the letters of Your colleagues from France and Poland, thanks to which that reservation might be preserved. What is your experience with the Ulcinj Saline?

GS: Germany, France and Poland are in some way stakeholders in the protection of the Ulcinj Saline as a very important place for biodiversity in Europe. Our three countries supported projects there. Germany invested several hundred thousands of Euros. The German biologist Dr. Martin Schneider- Jaboby did invaluable research of the Saline together with the NGO CZIP. Unfortunately the degree of past mismanagement, in particular in the last three years, was considerable. But I’m optimistic that the government and especially the Ministry for Sustainable Development and Tourism understood now what needs to be done to preserve this unique place and will undertake all necessary measures to protect it.

EP: How do you assess the state of affairs with regard to media freedom and freedom of expression in Montenegro?

GS: For an outsider it is amazing to see how divided the small Montenegrin society is and how this reflects in the media. The deplorably bad ratings of Montenegro in the ratings of NGOs like Freedom House and Reporters Without Borders speak for themselves.  We would like to see fast improvements in this area which would certainly have a positive effect for the reputation of Montenegro in this field.

EP: I recently read a memoir of a German official from the last century who notes that corruption is nowhere so creative as in the Balkans. In support of this, he mentions the example of a judge who used to take bribes from both sides in the process, with the promise that he will return them if he is not in a position to rule in their favour.  After ruling according to what he thought was just, he would immediately try to return the bribe to the losing party, and in most cases they would refuse to take the money back, in the belief that since he wants to return it he must be really honest. What are your experiences with the corruption phenomenon in Montenegro and the Balkans in general?

GS: There is in my view a higher degree of corruption in the Balkans than elsewhere for many reasons, for historical reasons as well as due to developments in recent decades. This also implies that corruption is not only a Balkan phenomenon. Until several years ago German companies could even deduct bribes in foreign countries to get a tender etc. from the tax payments.  But I’m personally convinced that corruption has a detrimental effect on the society as a whole. It undermines trust and disturbs economic and social progress. Thanks to activities particularly of the civil society, NGOs like Transparency International, the overall awareness of the problem of corruption has risen. Thus we must all strive to fight corruption and to strengthen the relevant institutions to this aim.

EP: How would you comment the situation in the region, which faces occasional severe tensions in the relations among Western Balkan states?

GS: Montenegro has good relations with all its neighbors and thus contributes to peace and stability in the region. But I agree that the region is faced with many challenges. One of the major issues is to improve the social and economic situation of the poorer parts of the population in all countries of the region.

I find it difficult to accept that many thousands of citizens of the Western Balkan countries are right now migrating illegally to Western Europe and in particular to Germany while most of these countries  are EU candidate countries and even started EU negotiations.   It is in my view justified to expect more efforts from the governments to stop this kind of migration.

This article was originally published in the European Pulse, issued by Center for Civic Education.