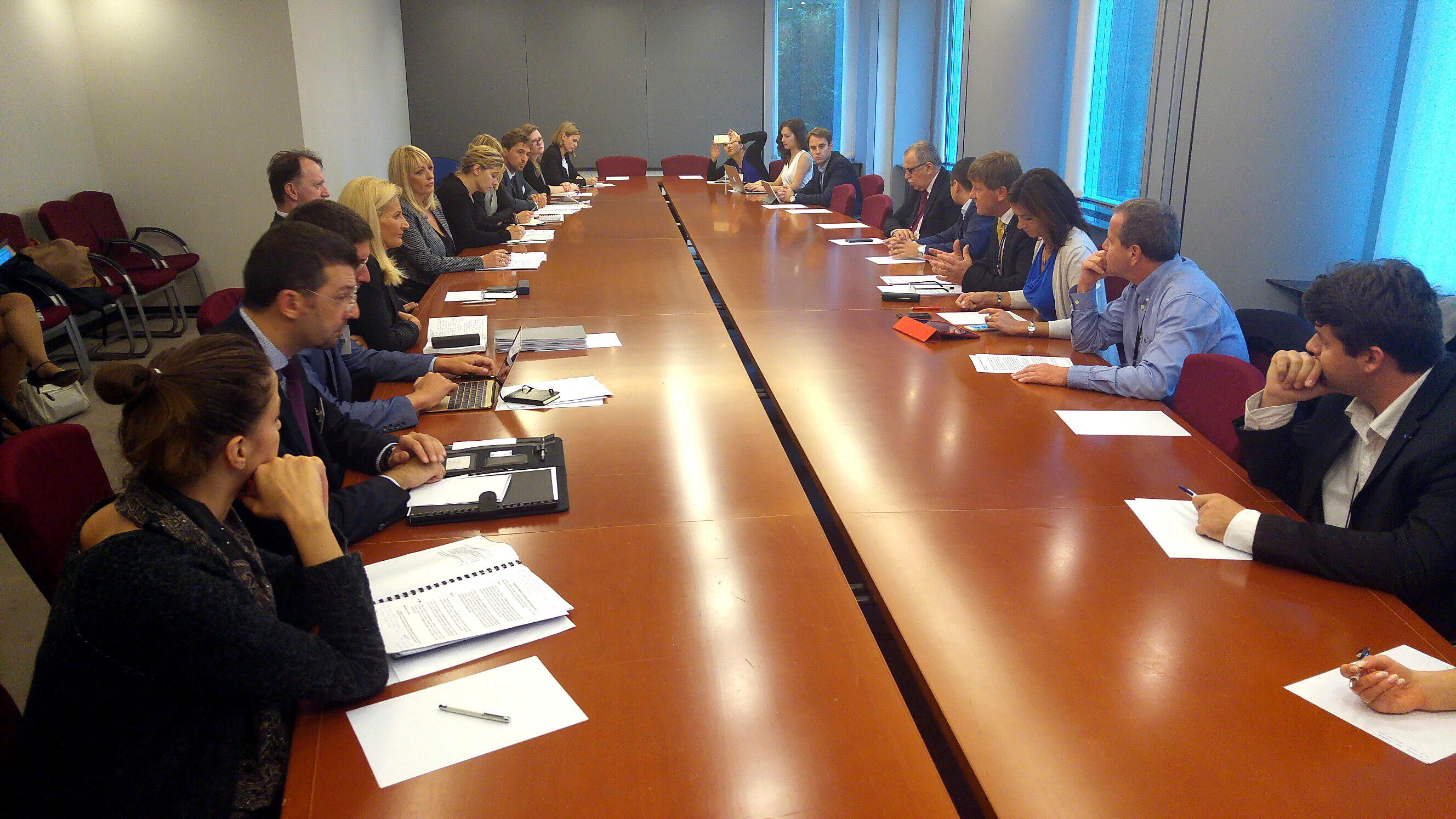 BRUSSELS, 16.9.2015 – Member of the European Parliament Franc Bogovič (SLS/EPP) – a member of the Delegation to the EU-Serbia Stabilisation and Association Parliamentary Committee and Vice Chairman of an informal group Friends of Serbia – hosted today at his own initiative together with the Chairman of the Group  Emilian Pavel (S&D) a meeting at the European Parliament with Jadranka Joksimović –  minister without portfolio in charge of the European integration in the Government of the Republic of Serbia, and the coordinator  for Serbia’s pre-accession help. The main goal of the meeting was to inform members of the European Parliament about current progress of Serbia in the process of its moving closer and accession to the EU and to exchange opinions regarding further EU expansion process, regional cooperation as well as regarding current refugee crisis.

Following the meeting with the Serbian minister for EU integration Jadranka Joksimović, MEP Franc Bogovič said that today’s meeting focused primarily on two current topics: Serbian integration process into the EU and migration problem or refugee crisis. Minister Joksimović acquainted present MEPs with current progress of Serbia in the process of its moving closer to the EU. On the other hand, Bogovič emphasized that Friends of Serbia group as well as other members of the European Parliament present at the meeting shared the opinion that Serbia has made a great progress in key areas which were the conditions for opening chapters for Serbia and that they support the opinion that first negotiation chapters for Serbian entry to the EU should be open as soon as by the end of 2015.

Regarding migration issues and refugee crisis Bogovič said after the meeting that these days this has been a focal topic also at the European Parliament since Europe is facing a difficult situation in this regard. »In such situation, Serbia is one of the countries which currently manages the problem in the best way and creates solutions, « said Bogovič. In his words, present MEPs from the Friends of Serbia group from different political groups share the opinion that the European policy has to be prepared first which would solve this problem, namely that refugees would be able to get to their desired final destinations, while on the other hand it should also be known according to which set of rules they are treated.

»On the other hand, all of us also emphasized that Serbia, Hungary, Greece and Italy should get help in form of the European money and that we should talk about serious money in that sense, as the amount which was previously mentioned (1.7 million euros) is really not a serious offer, « added Bogovič regarding financial support to the countries which are currently facing the biggest pressure due to the refugee crisis. Bogovič will strive for an increase of financial aid funds to those countries, including Serbia, for easier handling of migrant and refugee crisis.

Friends of Serbia, the informal group of members of the European Parliament, is comprised of MEPs from different parliamentary groups with the goal of supporting further expansion of the EU and establishing tighter relations with the largest EU candidate country from the Western Balkans – Serbia. The Friends of Serbia group focuses on strengthening dialogue with the government representatives, civil society, local authorities and media thus monitoring and trying to accelerate Serbia’s as well as other Western Balkans countries’ moving closer to the European integration.

EU has not yet lost the battle for the Balkans, but it has to make a strategic shift sooner rather than later, conc… https://t.co/7GLDgtuuUN