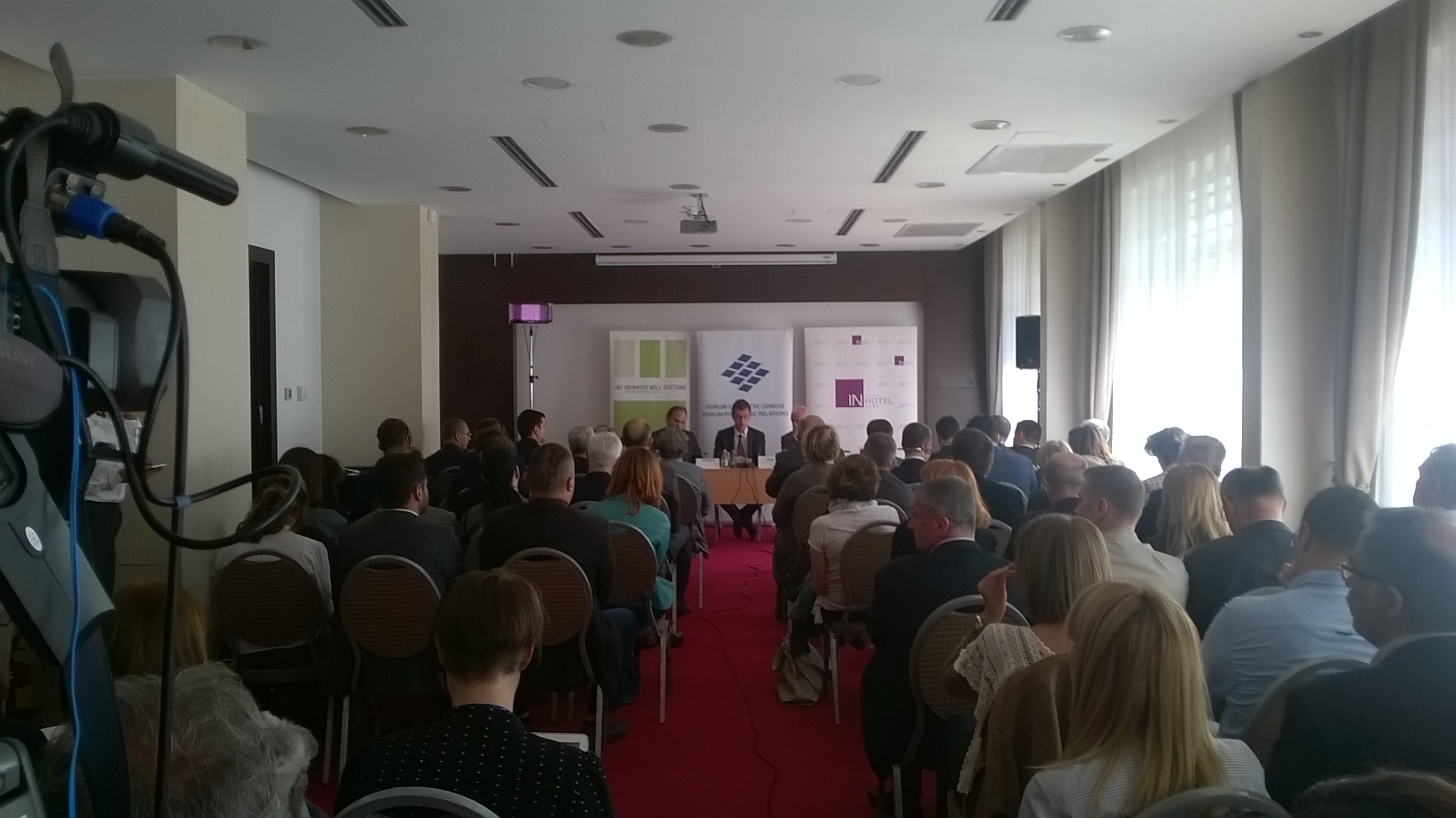 BELGRADE, 02.10.2015. – Forum for Ethnic Relations (FER) with the support of Heinrich Bӧll Stiftung organized a panel discussion on Brussels Dialogue and Normalization of the relations between Belgrade and Pristina today. The event was held in Belgrade and the speakers were Nenad Đurđević, FER coordinator, dr Dušan Janjić, FER president and Blerim Shala, Coordinator of the Dialogue for the Normalization of Relations between Belgrade and Pristina.

At the beginning of the panel discussion, Nenad Đurđević, moderator of this event asked the main question – What are the further steps which we can expect in the future of the Dialogue. Janjić stressed that the process takes too long and that a lot has been achieved considering the fact that elections have took place on the both sides during 2014. He said that the biggest problem is the implementation of the reached agreements and that “the process is giving the results for now”. Dušan pointed out that is really important to consider political and social differences of both societies and that the biggest challenge would be establishing the Community of Serbian Municipalities on Kosovo. “It is needed to establish stability in Serbian political community on Kosovo”, Janjić added. Three key points of the process of normalization in his opinion are “speeding up the process, the second to support the relations between entrepreneurs and their communication, and finally to use the Berlin process which is the chance for both sides” he concluded.

Blerim Shala said that is needed to accept the reality. “Our future is in reaching the goals which we have set and in establishing the friendly relations”, he added. He said that the logic of the negotiations is clear – there is no future for Serbia nor for Kosovo if they do not recognize each other as equal partners. “The process have to bring Albanians and Serbs to the normal friendly relations”, Shala stressed, then he pointed out: “This is irreversible process. There is no Plan B and there is no place for some conflicts in the future.” Blerim said that “unfortunately, dynamics of the process was three steps forwards, two backwards. These two steps are incomprehensibility in the field of implementation of the reached agreements”. He added that the Kosovo and Serbia are not stable democracies and that they are still in the process of transition which is the longest compared to the other countries which had the same process in their history. “Serbia and Kosovo can have only common future and it is to become the part of European Union”, he said and concluded that “the final step is to reach the mutual recognition of the states”.