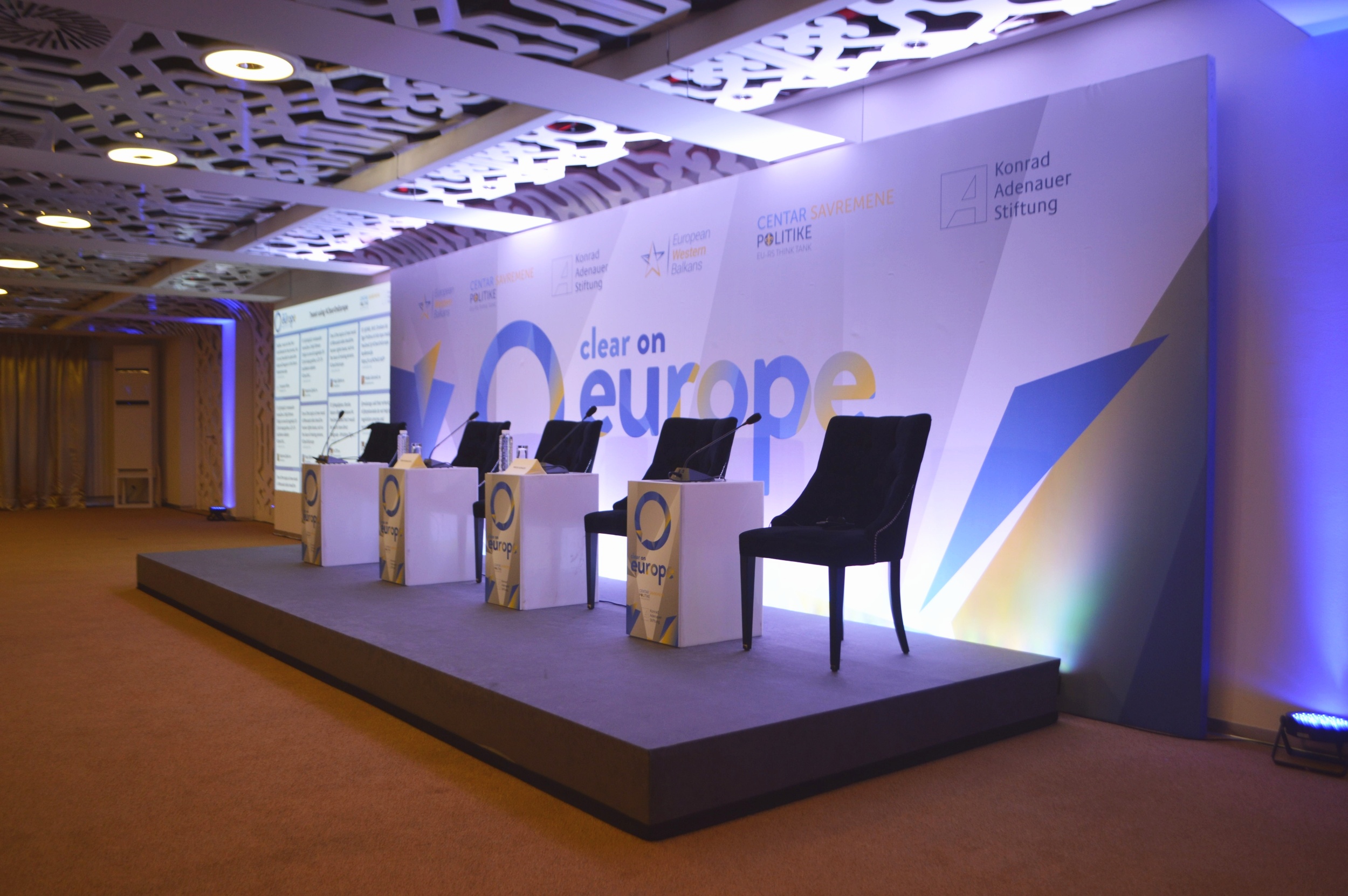 BELGRADE – On Tuesday 20 October Centre for Contemporary Politics in cooperation with Konrad Adenauer Foundation organized the conference „Clear on Europe“, on which there were talks about the dialogue between Belgrade and Pristina and the European integration process in the Western Balkans. Centre for Contemporary Politics also presented their Infographic and the Overview of the EU Negotiated Dialogue between Belgrade and Pristina, designed to provide clear and concise information about the Brussels dialogue in both visual and textual form.

Welcoming remarks were given by Mr. Axel Dittmann, Ambassador of the Federal Republic of Germany in Serbia, Mr. Norbert Beckman-Dierkes, Director of the Konrad Adenauer Foundation Belgrade office and Mr. Nemanja Todorović Štiplija, President of the Centre for Contemporary Politics and Editor-in-Chief of European Western Balkans.

The first session was opened by Ms. Joanna Hanson, visiting senior fellow at the European Institute of London School of Economics and Political Sciences (LSE). Participants in this session were Mr. Borislav Stefanović MP, former Political Director at the Ministry of Foreign Affairs of Serbia and the first head of the negotiations team of Belgrade and Ms. Vjosa Osmani Sadriu MP, member of the Committee for European Integration at the Assembly of Kosovo. The session was moderated by Ms. Valerie Hopkins, journalist from BIRN Kosovo. The second session, moderated by Mr. Igor Novaković, Representative in Serbia of the Council for Inclusive Governance (CIG), brought together Ms. Milica Andrić, Project Manager at AKTIV, and Mr. Leon Malazogu, Executive Director at Democracy for Development, representatives of two Kosovan civil society organizations. The third session consisted of two liaison officers, Mr. Valdet Sadiku, Liaison Officer of Pristina in Belgrade and Mr. Dejan Pavićević, Liaison Officer of Belgrade in Pristina. The session was moderated by Ms. Ljubica Gojgić, journalist from Radio Television of Vojvodina (RTV). Finally, the Infographic and the Overview of the EU Facilitated Dialogue between Belgrade and Pristina were presented by Mr. Nikola Burazer, Programme Director at the Centre for Contemporary Politics, who was joined by Ms. Irena Vinulović, Political Editor at Tanjug news agency. The conference was completed after closing remarks were given by Mr. Norbert Beckmann-Dierkes and Mr. Nikola Burazer. 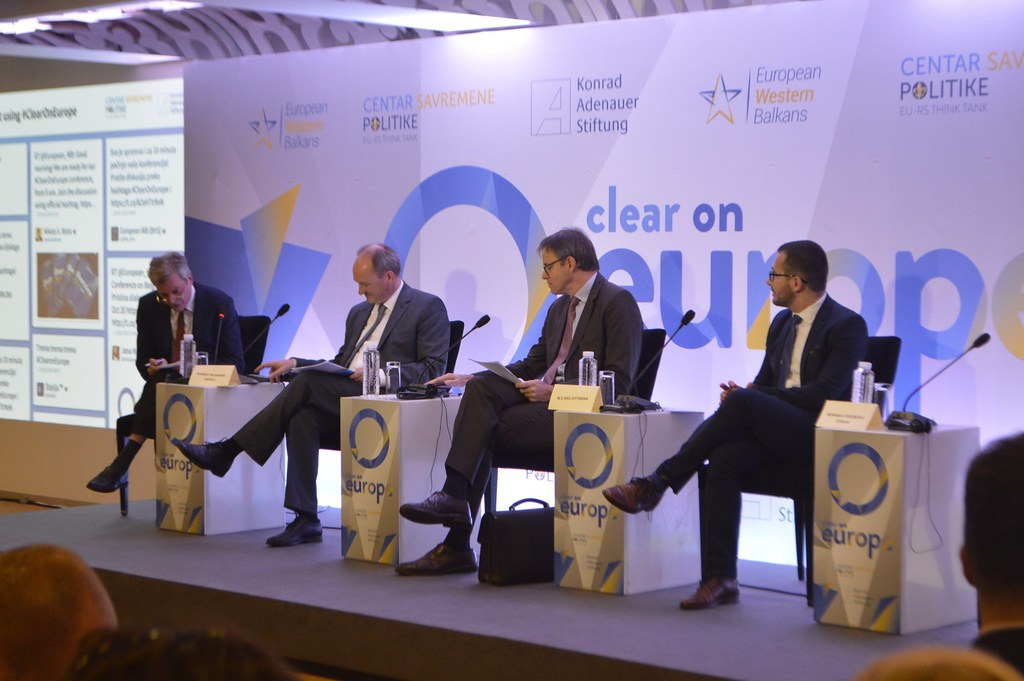