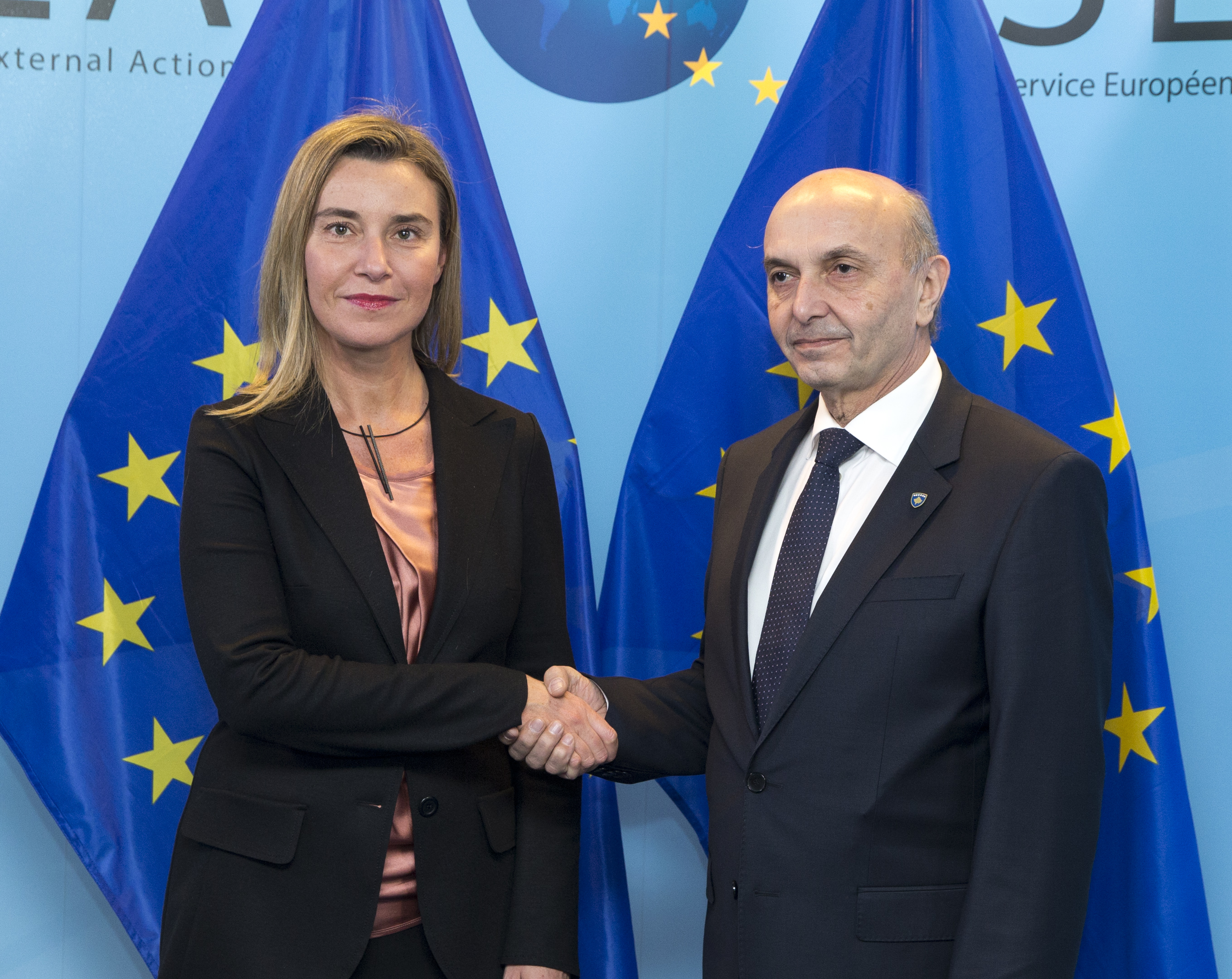 STRASBOURG – A Stabilisation and Association Agreement (SAA) between the European Union and Kosovo was signed today in Strasbourg. For the EU, it was signed by Federica Mogherini, High Representative for Foreign Affairs and Security Policy/Vice president of the European Commission and Johannes Hahn, Commissioner for European Neighbourhood Policy and Enlargement Negotiations, while on the side of Kosovo it was signed by Prime Minister Isa Mustafa and Minister of European Integration and Chief Negotiator Bekim Çollaku.

“This agreement is opening a new phase in the EU-Kosovo relationship. It represents an important contribution to stability and prosperity in Kosovo and the region at large. I am looking forward to its coming into force,” said High Representative/Vice-President Mogherini on the occasion of the signing.

“This agreement is a milestone for the EU-Kosovo relationship. It will help Kosovo make much needed reforms and will create trade and investment opportunities. It will put Kosovo on the path of a sustainable economic growth and can lead to much needed jobs for its citizens, especially the young,” added Commissioner Hahn.

The SAA was negotiated between October 2013 and May 2014, it was initialled in July 2014 and the Council of the EU agreed to its signature on 22 October 2015. Following consent by the European Parliament, the SAA is expected to enter into force in the first half of next year.

Once in force, the SAA will establish a contractual relationship that entails mutual rights and obligations and covers a wide variety of sectors. The SAA focuses on respect for key democratic principles and core elements that are at the heart of the EU’s single market. The SAA will establish an area that allows for free trade and the application of European standards in other areas such as competition, state aid and intellectual property. It will also help the implementation of reforms designed to achieve the adoption of European standards by Kosovo. Other provisions cover political dialogue, cooperation in a wide variety of sectors ranging from education and employment to energy, the environment and justice and home affairs.

The European Union will continue to support Kosovo’s progress on its European path through the stabilisation and association process, the policy designed by the EU to foster cooperation with the Western Balkan countries as well as regional cooperation. Stabilisation and Association Agreements are a core component of this process. In order to support the necessary reforms, the EU makes available Pre-accession Assistance to the Western Balkans and Turkey amounting to some €11.7 billion over the period 2014-2020, of which €645.5 million is allocated to Kosovo.

Baily: I’m worried that Macedonia is distancing itself from principles of democracy