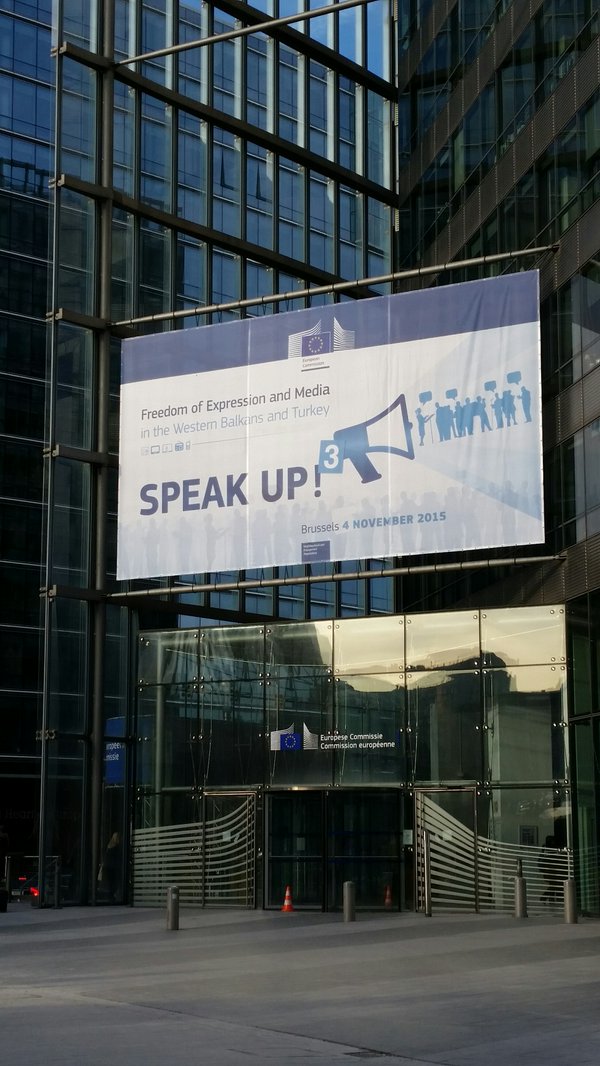 BRUSSELS – The European Commission’s annual strategy on EU enlargement, adopted in October last year, highlighted freedom of expression and media as one of the most important challenges for the countries aspiring to EU membership. Moreover, freedom of expression is considered an EU accession priority.

The two previous editions of the Speak-up! conference hosted by DG Enlargement in 2011 and 2013 produced valuable conclusions that have become an important reference point for tackling issues, formulating policies and assistance approaches in this field. Two years later, it is time to take stock of the results achieved and define the way forward.

To this end, the Speak Up! 3 conference on 4 November 2015 will bring together journalists, media analysts, decision-makers from the enlargement countries, authorities and experts from international, regional and national organisations committed to promoting freedom of expression to discuss achievements and persisting challenges.

This year’s edition will put the accent on media literacy, professional and ethical standards in mainstream media, the lack of solidarity among journalists that exposes them to political and economic pressures, prevents formation of effective self-regulation, leads to poor labour conditions in media outlets The conference will also examine the multifaceted role of social media in the context of democracy, the fine-tuning of the policy/assistance relating to media freedom and the way forward.

In Session 2 of the Conference “New Media” in the context of democracy and critical thinking, Executive Editor of European Western Balkans Mr Nikola Ristić, will speak about our portal, and our role in monitoring enlargement process in Western Balkans.

Conference on Belgrade-Pristina dialogue to be held Oct 20