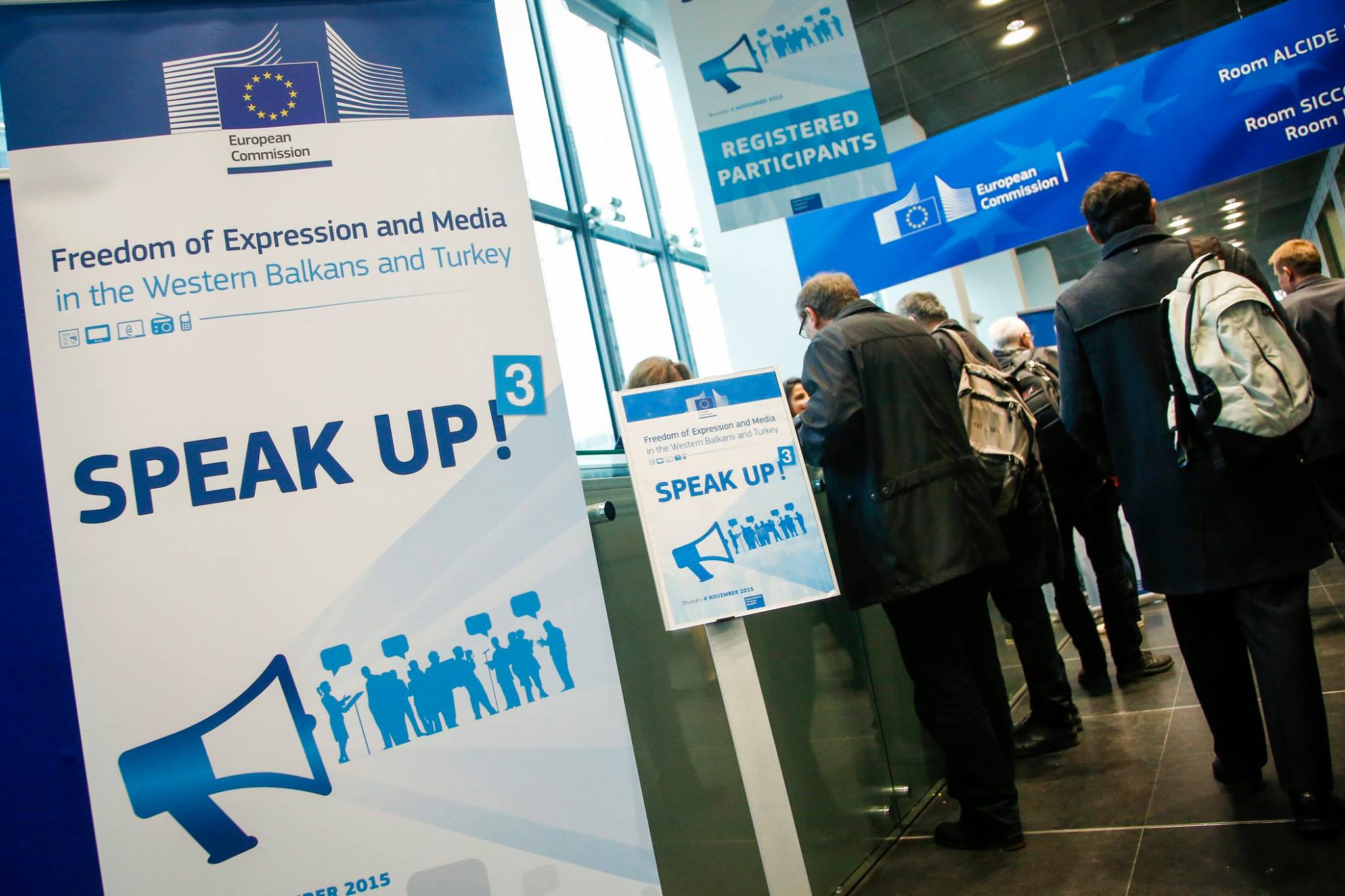 BRUSSELS, 06.11.2015. – On the 4th of November the European Commission’s Directorate General for Neighbourhood Policy and Enlargement Negotiations hosted the third edition of the Speak Up! conference in Brussels. Journalists, academics, NGO representatives, media analysts and officials from the candidate and potential candidate countries assembled in a conference room on the Law Street in Brussels to capture the situation of media freedom and media independence in the Western Balkans and Turkey.

Numerous problems were pinpointed during three panels: an unsafe environment for journalists, disappearing investigative journalism, political and economic pressure on journalists and editors resulting in lack of objective reporting, non-transparent and concentrated media ownership, lack of independence of the judiciary to prosecute attacks against journalists.

The European Commission is not oblivious to these challenges. Commissioner Johannes Hahn mentioned them in his opening speech and promised to boost EU support for media freedom and independent reporting in the region.

”Soon, the Commission will adopt this year’s enlargement package. Freedom of expression and freedom of media play a central role in our enlargement strategy for this Commission mandate. We will issue recommendations for action over the next 12 months and we will provide support for those actions in line with the guidelines developed as a follow-up to the SpeakUp!2 conference.”, said Hahn.

But he warned that the Commission can have real leverage on the (potential) candidate countries only during the accession negotiations, not before or after.

From the side of the European Parliament, Ulrike Lunacek confirmed EU’s support for media independence and emphasized its importance for democracy. ”Without the independence of the media, democracy does not work.”, said Lunacek.

Media representatives from the Western Balkans noted that more than a good regulatory framework is needed to overcome longstanding problems.

“The freedom of media is high on the EU agenda for negotiations. We have the laws in line with EU standards and regulations, because these laws were made with European assistance, but they did not respond to the local challenges.”, said Bobi Hristov,  editor at Telma TV in Macedonia.

The solutions suggested by Florian Raunig, OSCE Albania are active political commitment to guarantee freedom of media and editorial independence and real commitment of the judiciary to protect media freedom and media integrity.

Delo: EU should pay more attention to Western Balkans in 2017 due to Russia