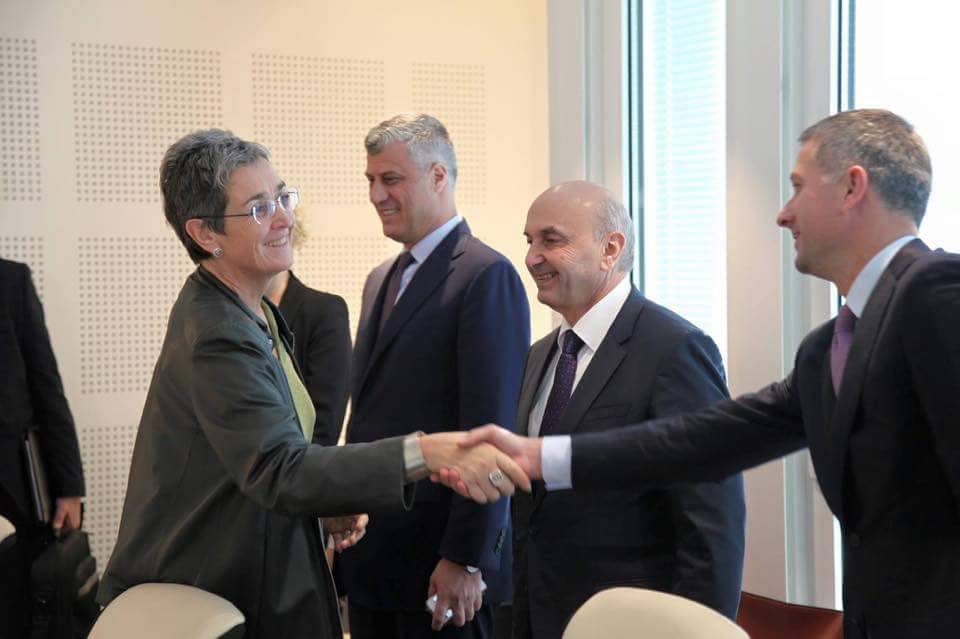 BRUSSELS – The Kosovo delegation in Brussels part of which is the Minister of the European Integration Mr. Bekim Çollaku, met yesterday with the EU High Representative Federica Mogherini, and Vice President of the European Parliament, Mrs. Ulrike Lunacek.

The topics of these meetings were focused on the priorities of European integration with particular emphasis on concluding the visa liberalization process. The representatives from the EU were also interested in the political developments in Kosovo, including the return to the normal course of functioning of institutions and the continuity of the dialogue for normalization of relations with Serbia.

The parties have discussed all important issues of common interest including the current developments in the EU, the current situation in Kosovo and the common challenges in the fight against terrorism and extremism. The main topic of the meetings was to discuss and have consent on the last procedural steps in closure of the visa liberalization process.

Donald Tusk in the Western Balkans

Basha-Ahmeti: Albanians in govt. to guarantee Ohrid Agreement and membership of Macedonia in NATO