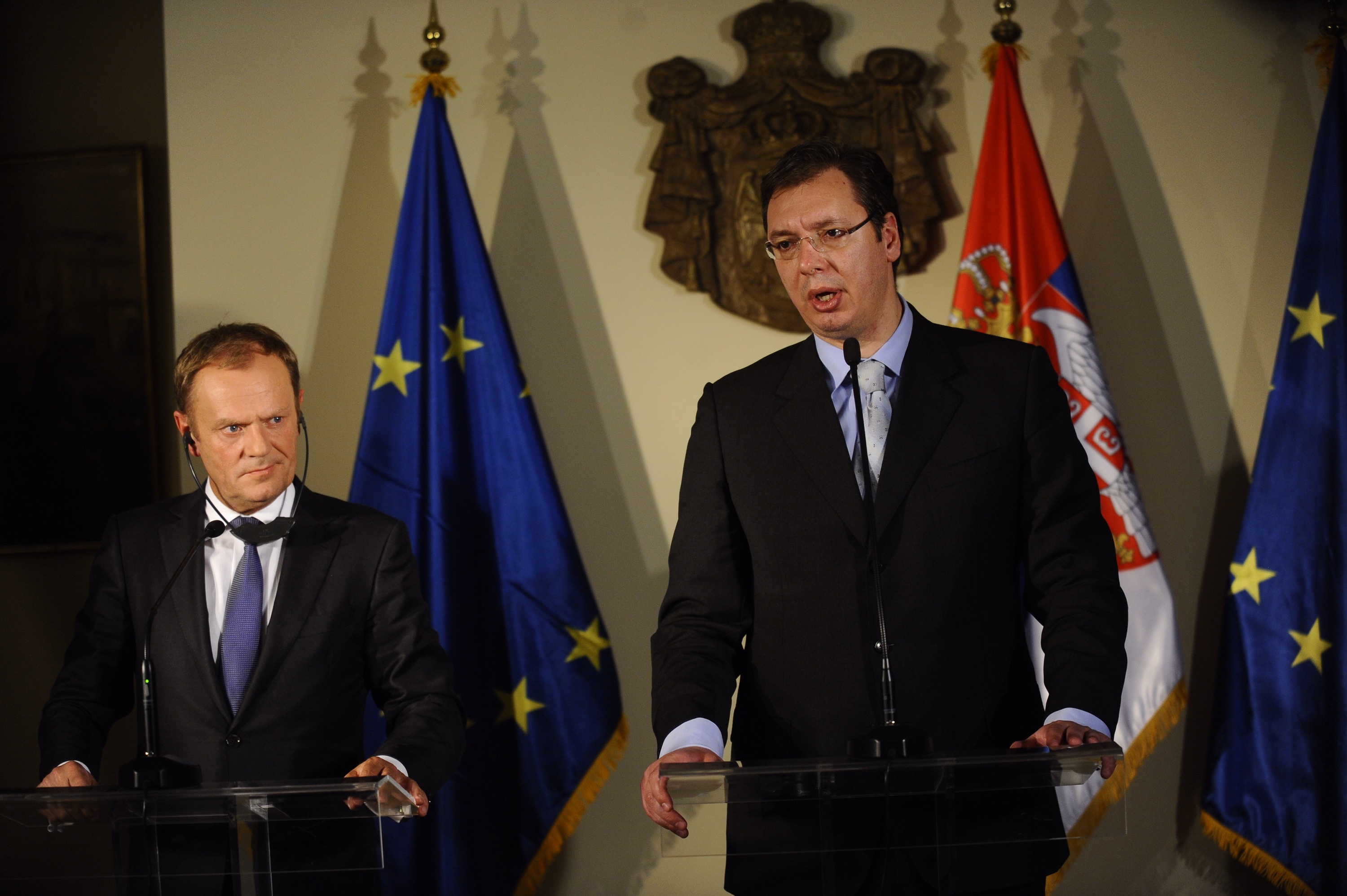 First of all, I would like to thank Prime Minister Vučić for welcoming me here in Belgrade this evening.

The reason for my visit is first and foremost the dramatic migration and refugee crisis that Serbia, the Western Balkans and the European Union face right now. Serbia is a crucial part of this. The figures are huge. Thousands of people are crossing your borders every day. This is not sustainable. Not for Serbia. Not for the European Union. And ultimately not for the refugees.

There is no one answer to this crisis. And we cannot rely on any single partner, such as Turkey; we must continue working on a comprehensive approach. This also means working with all partners in Africa, the Middle East, and here in your region.

I have said it many times, and recent events have only confirmed my conviction: that effective border control is absolutely essential. It is not the solution to all our problems but it is a necessary precondition to move forward. It is even an obligation we have all signed up to, including Serbia through its visa-free travel arrangements with the Schengen area. However, controlling our borders has to be done in a coordinated way, to avoid negative repercussions on our neighbours. But let me be clear. Due to the lack of effective controls on the external border between the EU and, inter alia, Turkey, some countries in the region are strengthening controls at their borders. We cannot condemn them for doing so. However, it would be better for Europe if coordinated and effective actions, aimed at protecting the whole of our external borders, were finally undertaken.

The European Union is determined to stand by Serbia. The challenge we face is unprecedented in scale, and requires our close and continued cooperation if it is to be managed properly. You can rely on the European Union’s continued political and financial support. I, for one, will call on EU leaders to step up our support to the Western Balkans countries, who are on the frontline in this crisis. If we are serious about saving Schengen, we have to be serious about our support to frontline countries such as Serbia. This is our common endeavour.

We also discussed the accession process of Serbia to the European Union. I greatly appreciate Prime Minister Vučić for Serbia’s achievements and progress on this path. I hope that the Council will agree to open the first accession chapters very soon. This will be an important step forward in what is always a long, challenging but in the end also a rewarding and transformative process. I am convinced that the Prime Minister will continue to do all he can to bring Serbia closer to the European Union, a relationship of tremendous value to us.

Finally, let me underline my strong belief that the future of the Western Balkans lies inside the European Union, and there is no better alternative future for the region. Thank you.

Mogherini in Western Balkans for next four days