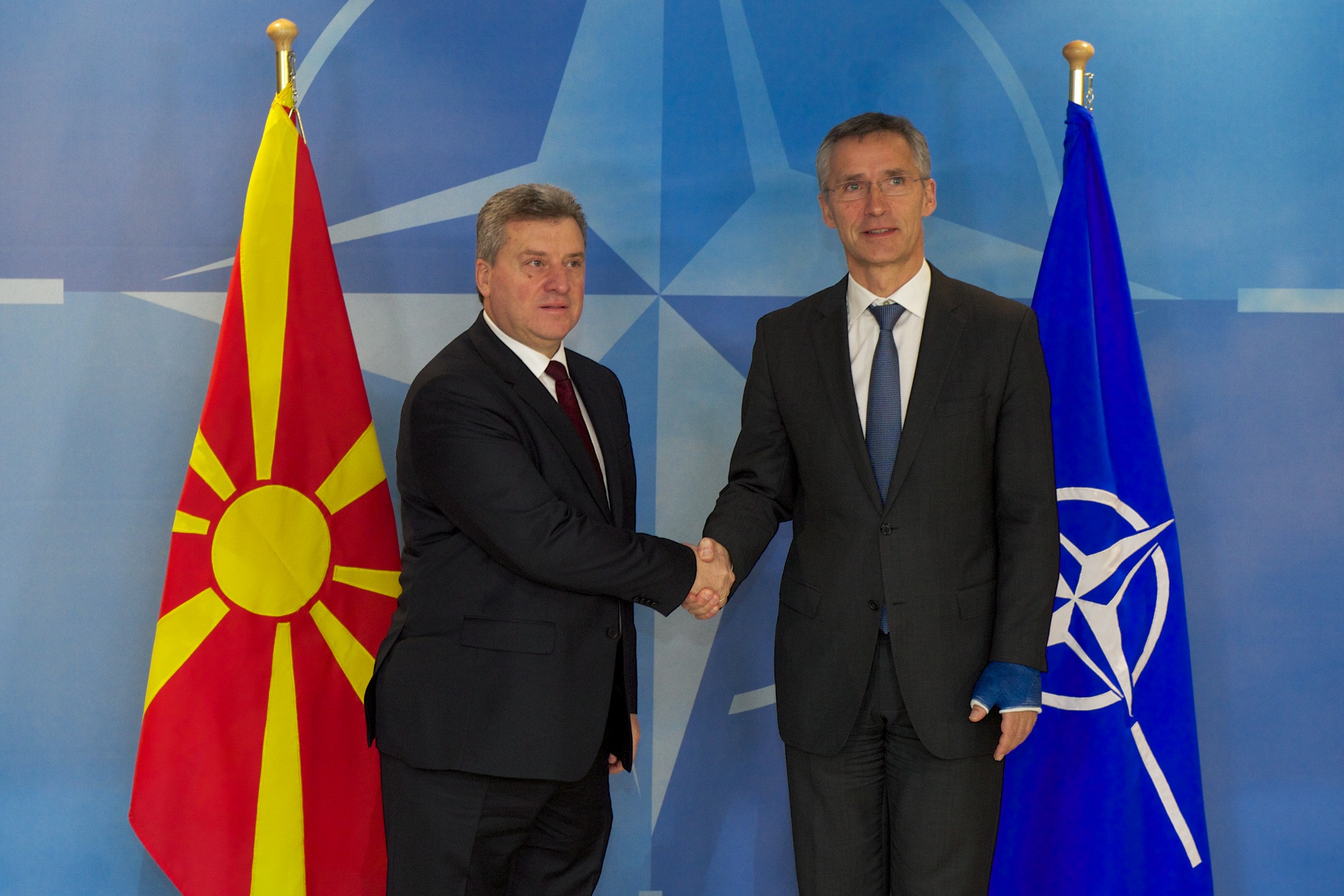 BRUSSELS, 24.11.2015. – President of The Former Yugoslav Republic of Macedonia Gjorge Ivanov and NATO Secretary had a meeting in Brussels today.

Mr. NATO Secretary General stated: “I just had an excellent meeting with President Ivanov where we discussed Skopje’s path toward NATO membership and political developments in the country.

The former Yugoslav Republic of Macedonia makes valuable contributions to international security, specifically to NATO’s mission in Afghanistan and in support of KFOR.  Our cooperation is excellent.

Over the past 20 years we have developed an important partnership and we are committed to continue to support Skopje’s path toward Euro-Atlantic integration including NATO membership. NATO’s 2008 Bucharest Summit decision on an invitation still stands.

We discussed the political situation in the former Yugoslav Republic of Macedonia¹. All Allies recognize the concerns raised by the European Union over recent political developments. I underlined the importance of ongoing political and democratic reforms. It is vital that all political parties live up to their commitments and deliver a political process leading to new elections which will be recognised by all parties.

During our meeting we also discussed the migration flows passing through the Balkans and the international response.”

Sela after meeting Hahn: Crisis is in full swing