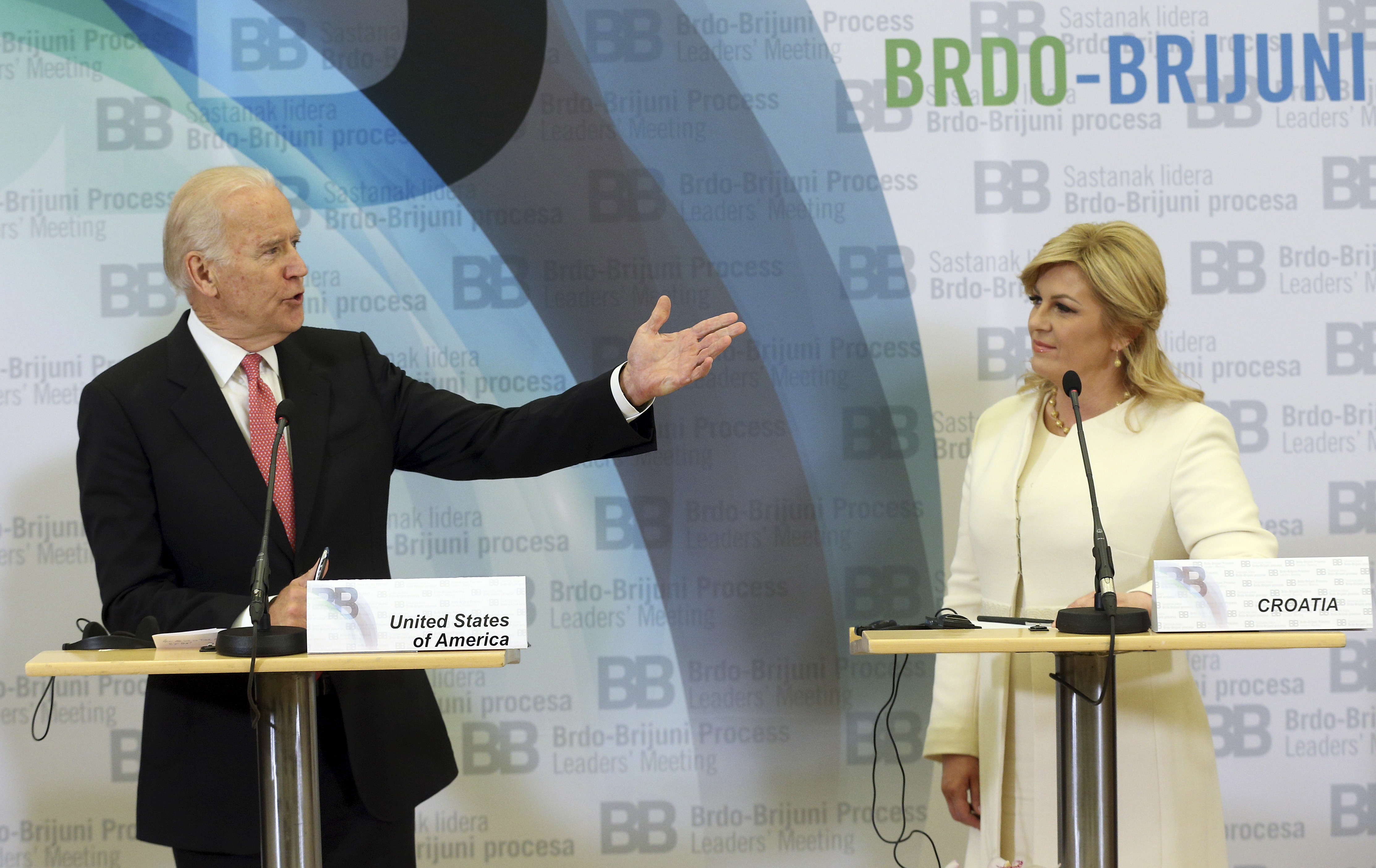 ZAGREB – Vice-President of the United States Joseph Biden has welcomed the steps that Belgrade and Pristina are taking toward a constructive dialogue, describing them as a historic achievement.

We welcome the steps that Serbia and Kosovo are taking toward a constructive dialogue. The EU is assisting in that, and that is a historic step, Biden told a news conference in Zagreb at the close of an extraordinary summit held as part of the Brdo-Brijuni Presidential Process.

Biden also said that the US supported the Dayton Peace Agreement and the region’s EU integration.

The EU should include the countries of this part of Europe, Biden noted.

Speaking about the refugee crisis, Biden said the cooperation on this issue was as important as the one in the fight against terrorism.

We will assist the EU in its efforts to prevent entry of terrorists, the US vice president said.

Heads of state in region, Biden together against terrorism