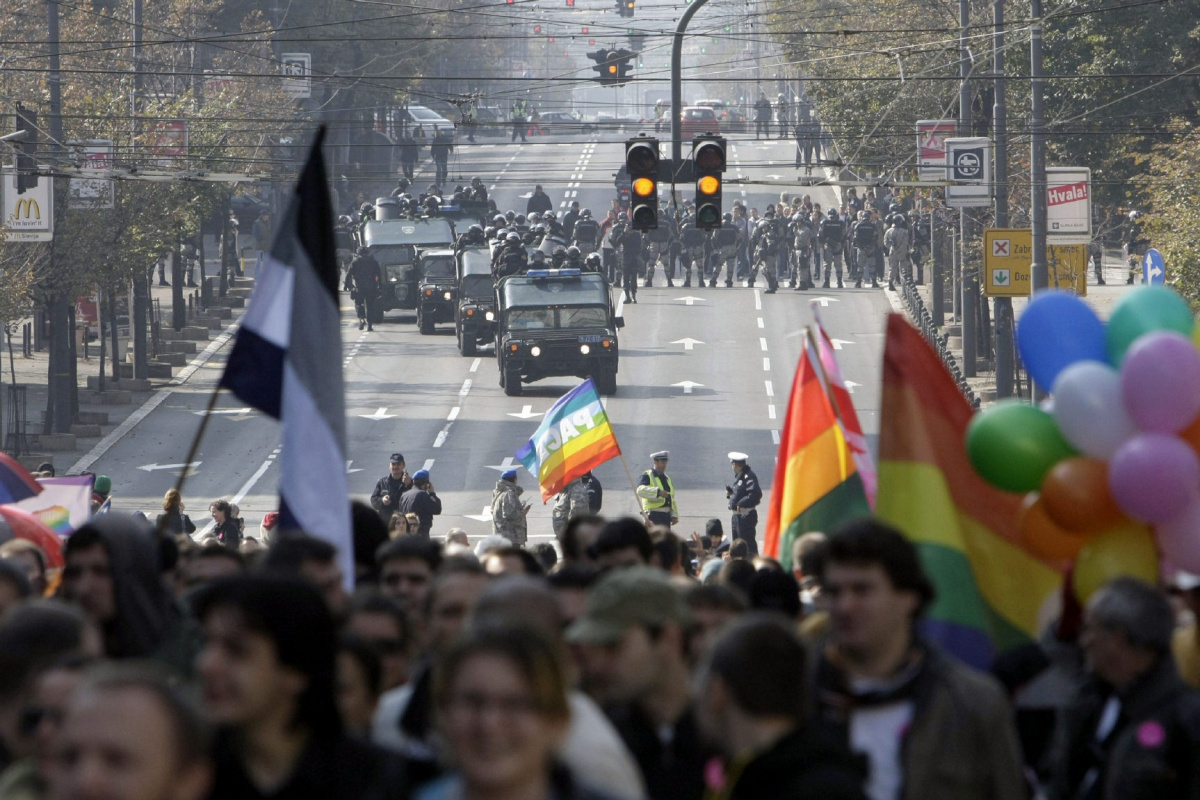 Young, educated and urban residents in six countries in the Balkans show measurable support for LGBTI rights, but most respondents to a regional poll released by NDI today do not believe that LGBTI people should be able to live openly based on equal rights. The poll is a guidepost and a call to action to LGBTI groups seeking equal rights for their communities. NDI conducted the research as part of its commitment to more inclusive political processes, wherein all segments of society are able to influence decisions affecting their well being.

The poll reveals low levels of knowledge about the groups comprising the lesbian, gay, bisexual, transgender and intersex communities, and a correspondingly high degree of resistance to conferring equal rights and opportunities based on sexual orientation and gender identity. At the same time, poll respondents roundly disavow physical violence against LGBTI members of society. And for certain demographic groups, among them young and urbanized citizens, there is a small and perhaps growing acceptance of LGBTI rights.

The research was conducted over the summer of 2015 in Albania, Bosnia-Herzegovina, Kosovo, Macedonia, Montenegro and Serbia.

“In new democracies struggling to overcome ethnic and sectarian conflict, LGBTI rights have not been as high on the development agenda as they should be,” said Robert Benjamin, NDI’s Central and Eastern Europe Regional Director. “This poll suggests that homo/transphobia is not a fixed prejudice in the Balkans and that LGBTI rights are beginning to receive public recognition. Research of this kind is a critical tool, but to be effective the data needs to be integrated into communication and advocacy strategies that promote equal rights for LGBTI people.”

“The fact that LGBTI people are largely invisible to the general population produces low understanding of the size and scope of discrimination, physical violence and psychological abuse towards LGBTI people,” said Marko Ivkovic of NDI/Serbia, who directed the research. “In Serbia, for example, only 18 percent of the general population personally knows someone who is openly LGBTI, and that’s the highest rate among the countries surveyed.”

According to a LGBTI sample within the poll, three out of four LGBTI people have been exposed to psychological abuse and verbal harassment, one out of four have suffered physical violence, and one out of two LGBTI persons has faced discrimination at school, at work, or elsewhere due to their sexual orientation and/or gender identity. The general population perceives discrimination and violence against LGBTI citizens to be far less in frequency and scope.

LGBTI people surveyed in the poll and participating in companion focus groups expressed interest to become politically active, in terms of joining political parties and running for elected office. They report voting rates higher than the average turnout.

NDI is presenting data from the poll to LGBTI groups across the Balkans, and to elected officials and media. NDI is also helping LGBTI groups use the findings to build their activist base, giving their community visibility, engaging the public in ways that can shift general sentiment, and advocating before legislators for their physical security and open integration into society. NDI’s work with LGBTI communities is guided by the understanding that political participation is a fundamental means of addressing the social and economic inequities associated with marginalization.

The NDI poll was conducted in summer 2015 in Albania, Bosnia-Herzegovina, Kosovo, Macedonia, Montenegro, and Serbia in coordination with Ipsos Research. The poll was funded by the U.S. Agency for International Development (USAID), with additional financial support from the U.S.-based Victory Institute and Sweden’s Civil Right Defenders and pro bono technical support from Grindr for Equality.