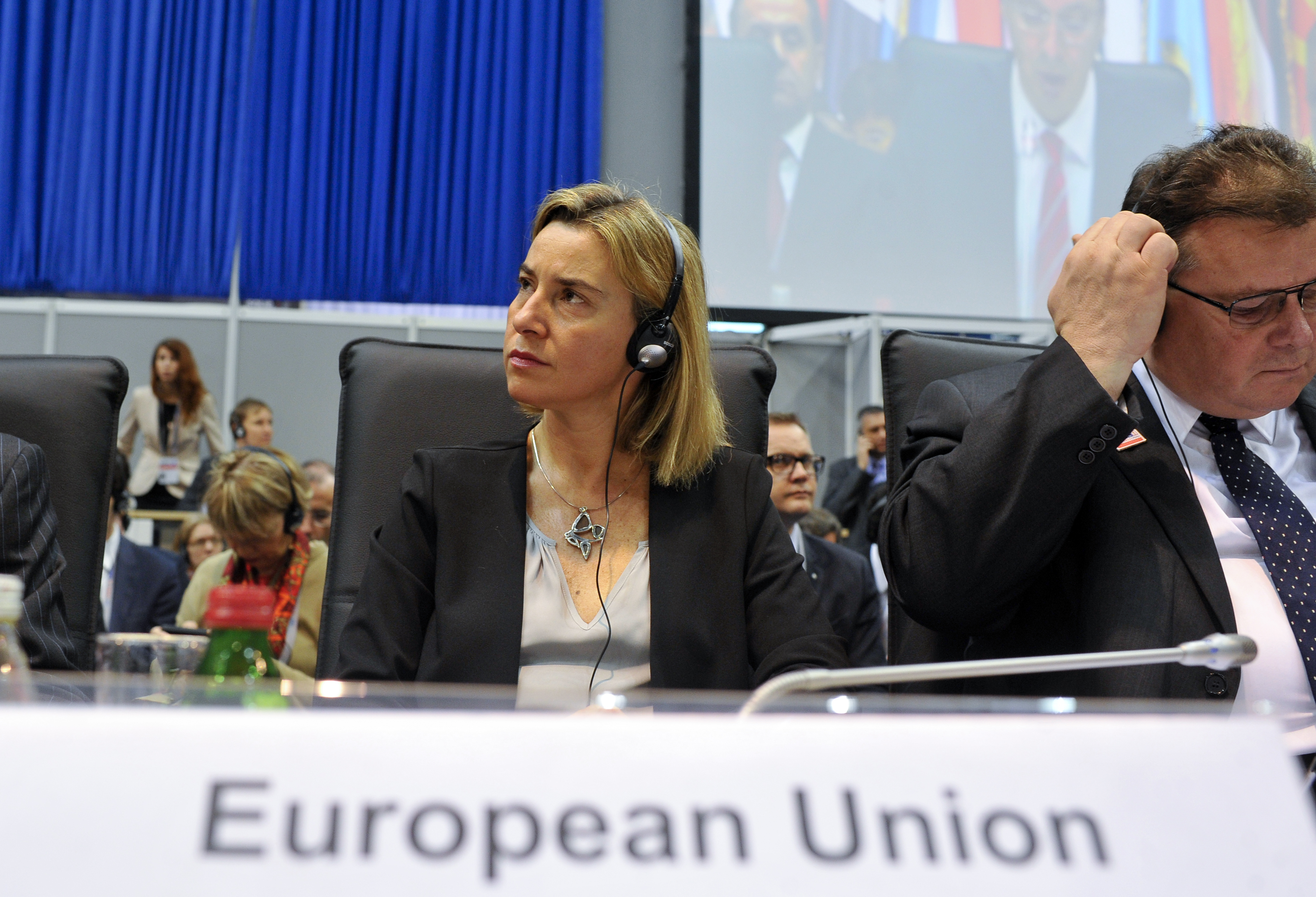 BELGRADE – At the joint press conference, held together with Serbian Prime Minister Aleksandar Vučić, EU High Representative for Foreign Affairs and Security Policy Federica Mogherini announced the opening of Chapters 32 and 35 within the EU accession process, pointing to the importance of cooperation in the region of Western Balkans in combating radicalisation and terrorism and thanked on the great work Serbia had done during its OSCE Presidency.

“Main message of the OSCE is cooperation and it is the foundation of our security. It is also the foundation of our common work in the past year regarding the issue of Belgrade-Priština dialogue,” said Mogherini and added that Serbia could always count on her and the EU “to guarantee to both sides, and to the maximum possible extent, unhindered implementation of the agreements reached and continuation of the dialogue in the areas in which the agreement can be reached to the satisfaction of both sides.“

She said that her nationality also influenced her stance regarding the interest of the Western Balkans. “What is good for the region, is also good for Europe, and we are aware of this every day while tackling migrant crisis, regardless of being an EU Member State or not. We see it every day in combating terrorism and radicalisation, and we see there is no difference, no boundary.”

Mogherini said that Serbian role in the past years was “more than symbolic and included taking of rather concrete steps towards improved mutual understanding in the region.”

She announced that opening of Chapters 32 and 35 would begin on 14 December. “I believe we can now thick that off as a done job. Now we must step up cooperation. I am thankful for it; you have repeatedly said that this is important for Serbia, but I would say it is equally important for the EU,” said EU High Representative for Foreign Affairs and Security Policy Federica Mogherini.

Serbian Prime Minister Aleksandar Vučić said that Serbian representatives had high hopes about their visit to Brussels on 14 December, convinced that Serbia’s future was in Europe.

€1.5 million in humanitarian assistance to refugees and migrants in the Western Balkans