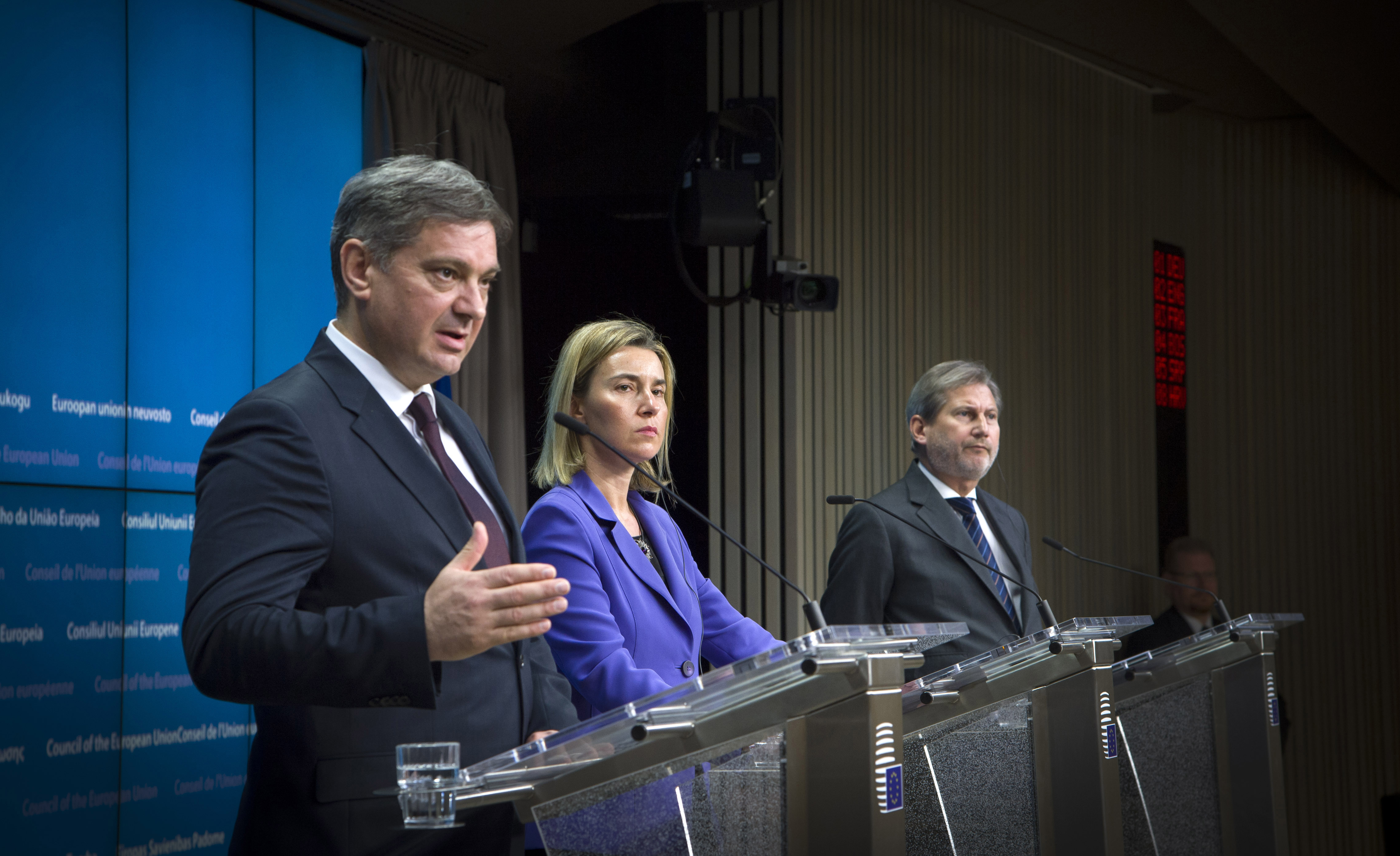 Commissioner for Neighborhood Policy and Enlargement negotiations Johannes Hahn hosted a lunch on a high level meeting dedicated to Bosnia and Herzegovina reforms on its European path. The meeting took place immediately after the first Stabilisation and Association Council between the European Union and Bosnia and Herzegovina.  Together with the Chairman of the Council of Ministers Denis Zvizdić, Federation entity Prime Minister Fadil Novalić and Republiska Srspka entity Prime Minister Zeljka Cvijanović, Commissioner Hahn specifically discussed the state of play of the implementation of the Reform Agenda adopted by Bosnia and Herzegovina authorities in July 2015.

“I am very encouraged by the initial achievements made by Bosnia and Herzegovina authorities over the past months in the implementation of the Reform Agenda”, stated Commissioner Hahn after the meeting. Together with International Financial Institutions, I will continue lending my support to the country further delivering on the needed reforms and in this respect intend to visit Bosnia and Herzegovina in the near future“.

The Reform Agenda is a comprehensive set of policies and measures aimed at tackling the serious shortcomings Bosnia and Herzegovina faces, notably regarding socio-economic aspects, rule of law as well as public administration reform. Meaningful progress in the implementation of the Reform Agenda is the necessary condition for the EU to consider the next step in Bosnia and Herzegovina’s EU path. The Commissioner also underlined the urgency of the Stabilisation and Association Agreement adaptation following the accession of Croatia to the EU, as an important element of the commitment of the country authorities to the EU integration process and the need to improve the internal coordination on EU affairs to enable Bosnia and Herzegovina to fully benefit from opportunities provided under the Agreement.