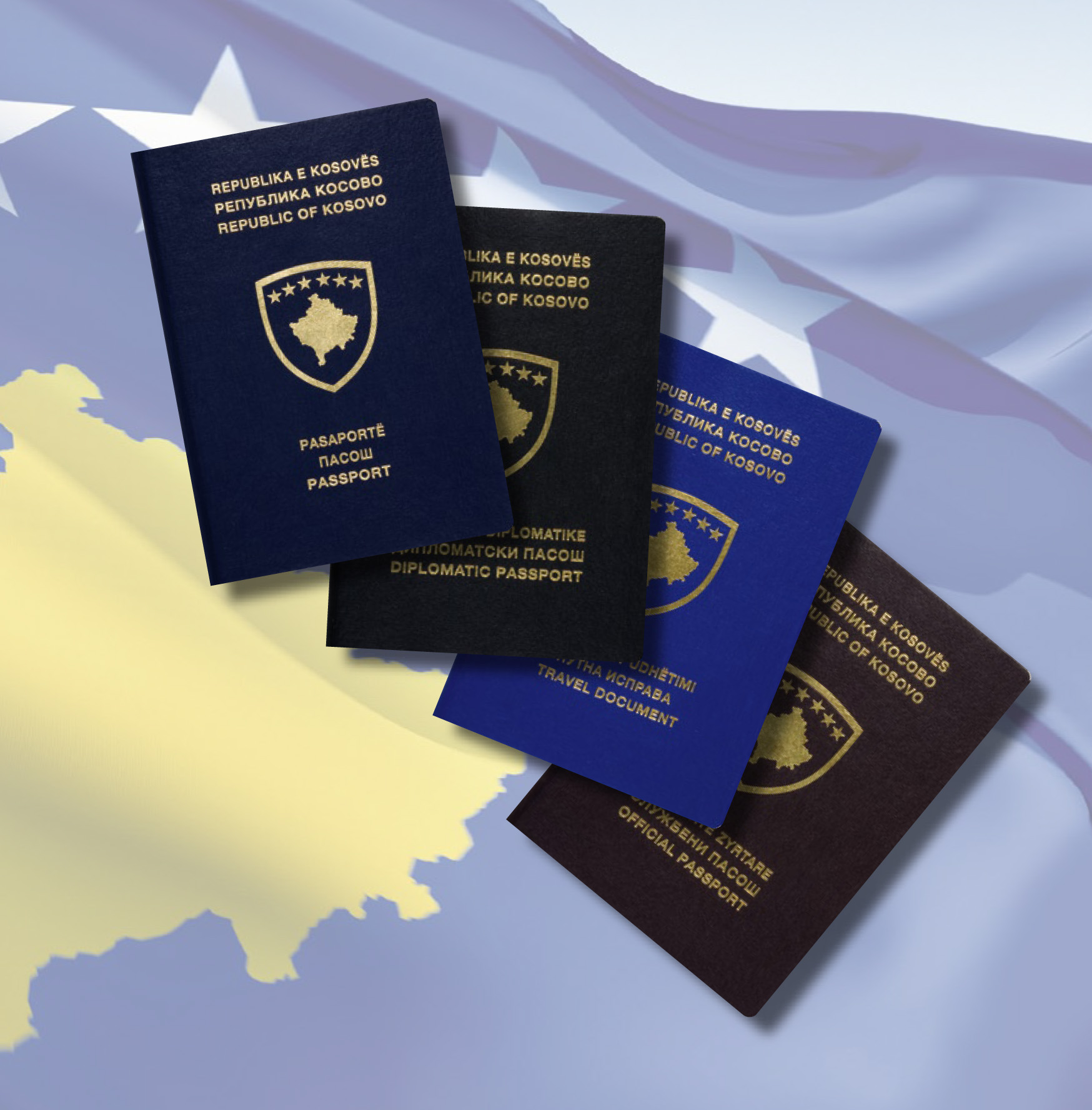 In 2009, the Youth Initiative of Human Rights, and NGO from Kosovo, issued a campaign to lobby for visa liberalization for Kosovo, by claiming that “our Santa needs visa to bring you a gift”. The campaign was very creative and it got the attention of many people, including domestic politicians. As a result, the visa liberalization issue was a perfect promise to be given in each and every pre-election campaign in both central and local level elections. Over the years, different dates and years were mentioned and many un-kept promises were given from both national and European politicians. In the end, six years later, Kosovo’s Santa STILL is isolated, and he still needs to wait long hours and spend lots of money to obtain a Schengen visa in order to deliver some gifts in Europe.

Since receiving the Roadmap, Kosovo has already submitted three Reports to the EU, reporting on the achievements made on fulfilling the conditions set by the Roadmap, which mostly are related with the controlled migration, border controls, fight against corruption and organized crime and rule of law in general. It is worth mentioning that Kosovo received the Roadmap four years after the other countries in the Region, and with twice many criteria to be fulfilled than the other Balkan countries.

Despite the fact that Kosovo has been doing well with most of the criteria foreseen on the Roadmap, such as border control and the repatriation process of asylum seekers, there is still one major problem, more like a cancer, who is massively holding back the desired progress for ‘earning’ the liberalization: fight against corruption. Till the present time, there isn’t yet a single Court decision against the so-called ‘big fishes’ in Kosovo – mostly politicians and other powerful people, alleged for being engaged in shady and corruptive deals. This fact was also confirmed by the latest Progress Report for Kosovo,  by it’s keyword on fight against corruption and the rule of law in general, which, according to Commission, is ‘on early stages’. In the other hand, Kosovo had to deal with an unfortunate happening during this year: the massive asylum-seeking flows from Kosovo to EU. However, in this regard Kosovo has done a really good job, and so far more that 15.000 people have been returned in Kosovo, and by the end of the year this number is believed to increase to 20.000. The reintegration of these persons remains a big challenge for the institutions, but there are positive actions being undertaken on this regard.

So, more or less, this is the situation on the country: almost everyone is ready to do what it takes in order to get rid of the visa-regime for traveling to EU. Signs of progress are expected to be seen in the Judicial system, and the fight against corruption must be intensified, since this is a major problem in the society, and it is also ‘shocking’ for the friends of Kosovo too, as the British ambassador stated last week.

Now let’s turn the page and see what the EU is doing in this regard.

As a general rule, decisions on visa free access to the Schengen Area may follow from bilateral negotiations. They are based on the progress made by the countries concerned in implementing major reforms in areas such as the strengthening of the rule of law, combating of organized crime, corruption and illegal migration and improving of administrative capacity in border control and security of documents.

The EU made a political commitment to liberalize the short-term visa regime for the Western Balkans, as part of its Thessaloniki agenda announced in 2003. On January 2008, the Council welcomed the Commission’s intention to launch a visa dialogue with all the countries of the region and expressed its readiness to further discuss this issue, with a view to defining detailed roadmaps setting clear benchmarks to be met by all the countries of the region in order to gradually advance towards visa liberalization. On December 2009, the Council underlined that Kosovo should also benefit from the perspective of eventual visa liberalization once all conditions are met and invited the Commission to move forward with a structured approach to bringing the people of Kosovo closer to the EU. As previously stated, Kosovo received its Roadmap in 2012, four year after other Balkan countries and with twice many criteria to fulfil. One might argue that Kosovo wasn’t even a country before 2008, and therefore this is a natural development of processes. However, it would be strange making such kind of comparison, since Kosovo is almost in the same level of development, human rights protection and rule of law as most of the other Balkan countries, namely Bosnia and Herzegovina, Albania and Macedonia. Still, Kosovo was left the last one (and still is).

Further, strangely enough, EU continued its visa-free regime agenda with many other countries which have the same, and even bigger problems, than Kosovo. First, it was Moldova who got visa liberalization in 2014. Further, in 2015, visa regime was removed with United Arab Emirates in May, and now lately, even with Colombia. Finally, during EU – Ukraine Summit in April and Riga Summit in May, EU showed full commitment to Ukraine for visa-free regime, and Ukrainian authorities are expecting to reach an agreement with the EU in 2016, which would immediately become applicable. Despite all these (strange) developments, Kosovo was left outside.

Having in mind all these (non) developments regarding visa issue, one may ask what are Kosovo citizens thinking about the whole process. It is a well-known fact that Kosovo citizens are among the most pro-European nation in the world, but this fact should not be taken for granted. Several scandals related with EULEX mission in Kosovo (the biggest external mission of EU – ever!), damaged the trust and reputation of the EU in the country. Many citizens of Kosovo are not happy with the EU-facilitated dialogue between Kosovo and Serbia, and it is a common way of thinking of many people that the EU is actually making the Kosovo government to negotiate. The refusal of the EU to get rid of the visa regime for Kosovo citizens, which in total would fit in a single suburb of a middle-sized European city, is endangering even more the credibility of a structure who helped a lot and did a lot for Kosovo.

What makes the situation even worse, the visa-application process is very costly for Kosovo citizens, who are officially the poorest in Europe. According to a 2013’s report of Prishtina based GAP Institute, in three years, 217.862 Kosovars applied for “Schengen” visas,  of whom 82.450 in 2010, 67.901 in 2011 and 67.556 in 2012. Over 17% of visa applications were rejected by states of the “Schengen” area. Over the past three  years Kosovars spent 15 million euro for visa application processes, of which 9  million were spent on direct payment in embassies (visa fee), whereas at least 5.8  million in expenditures for obtaining various supporting documents needed to  complete the visa application form, including bank fees and travel expenses. The largest number of applications for “Schengen” visas is submitted in the German and Swiss Embassy.

Kosovo faced a massive migration flow during the last winter, mostly because there are myths created to the people that the EU is the paradise on earth. A visa-free regime would allow these people, who hear and read a lot about wealthy EU, to go there for a short visit and see what it really is; a chance to see that there are specific rules and procedures to get a job, to apply for residence permit and so on. Most important, it is important for these people to see that there are no employers waiting with bags full of money just to offer them a job. Instead, people of Kosovo (65% of whom are under 35 years old), would use all the opportunities that EU and its open society offer: from picturesque views of old towns with history, well-known universities with rich libraries and science labs to many cultural and sportive events. Kosovo citizens need to experience Europe, not only dream and wonder how it looks like and how it feels to be there. Isolation is a concept of the ugly past, and it is also against one of the founding principles of the EU, the freedom of movement.

Kosovo institutions, especially Judiciary system has to do its job properly. And the EU should remain engaged on the process, by practicing the ‘European perspective’ always promised for Kosovo and its citizens.  By doing so, maybe by the next Christmas, Kosovo’s Santa won’t be needing a visa anymore.

Kosovo is ready. Yes to Kosovo.