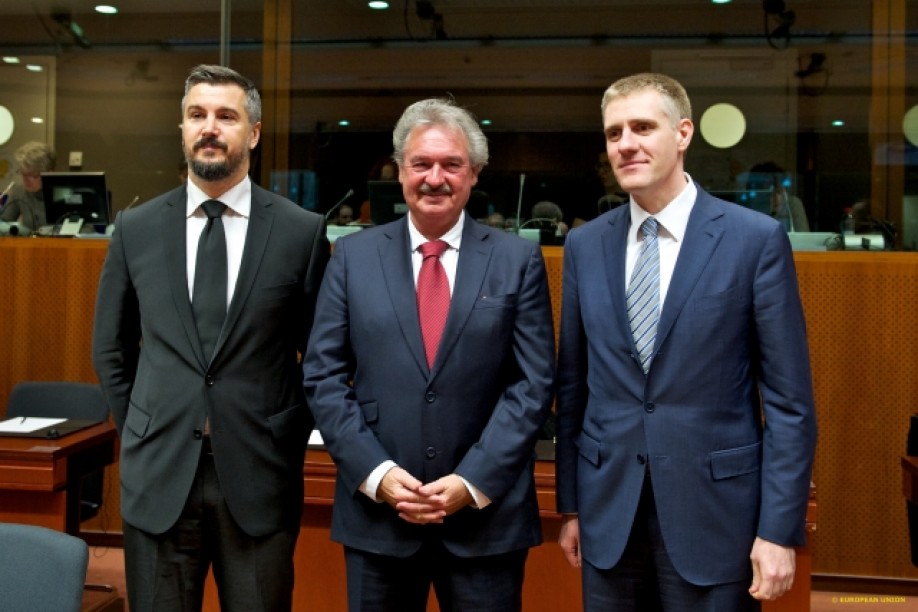 BRUSSELS – On the seventh meeting of the ministerial-level conference on Montenegro’s accession to the EU negotiations on Chapter 14 – Transport Policy and Chapter 15 – Energy were opened.

On behalf of the Luxembourg presidency of the Council of the European Union Minister of Foreign and European Affairs of Luxembourg  Mr Jean Asselborn was chairing the conference. The European Commission was represented by director in the Directorate General for the European Neighbourhood Policy and the enlargement negotiations Catherine Vent, while the Montenegrin delegation was led by Deputy Prime Minister and Minister Foreign Affairs and European Integration Igor Luksic.

The EU had carefully analyzed the current level of preparedness of Montenegro in connection with the opening of negotiations in Chapter 14 and 15 relating to transport policy and energy. The need for Montenegro is to continue and to make progress in the alignment with the acquis and its implementation in these chapters. Also, the EU noted that there are standards that need to be fulfilled in order temporary closure of this chapters.

Accession negotiations with Montenegro were opened in June 2012. With today’s conference, Montenegro opened 22 out of 35 negotiating chapters, of which two chapters provisionally closed. Future accession conference will be planned appropriate dynamics, in order to further the process forward in the first half of 2016.

The benchmarks for each chapter opened are as follows:

McAllister: Important for Serbia to continue along same path

RTK2: Agreement on ZSO in line with Kosovo Constitution