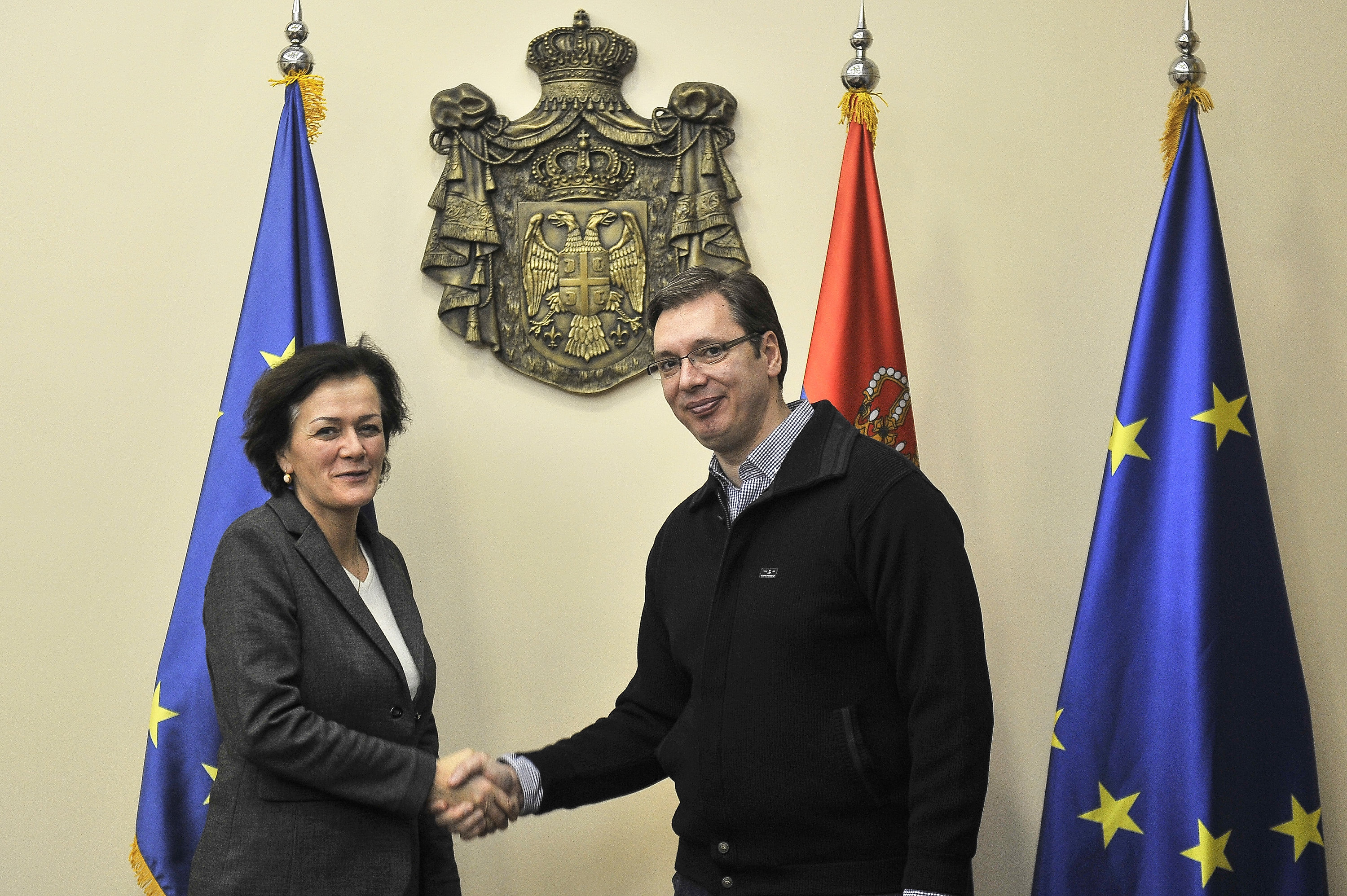 BELGRADE – Serbian Prime Minister Aleksandar Vucic told European External Action Service Director for Western Europe, Western Balkans and Turkey Angelina Eichhorst Wednesday that Belgrade was willing to resume talks with Pristina and the EU official told the PM that Brussels was committed to ensuring progress in the dialogue.
Vucic pointed out that Belgrade was ready to resume talks with Pristina and discuss all issues concerning the implementation of the Brussels agreement, the government’s press office said in a release.

The prime minister said he hoped the new round of talks would be successful as it was important to ensuring stability and prosperity of the entire region.

Eichhorst stressed that Brussels was committed to making sure progress was made in the dialogue between Belgrade and Pristina, the release said.