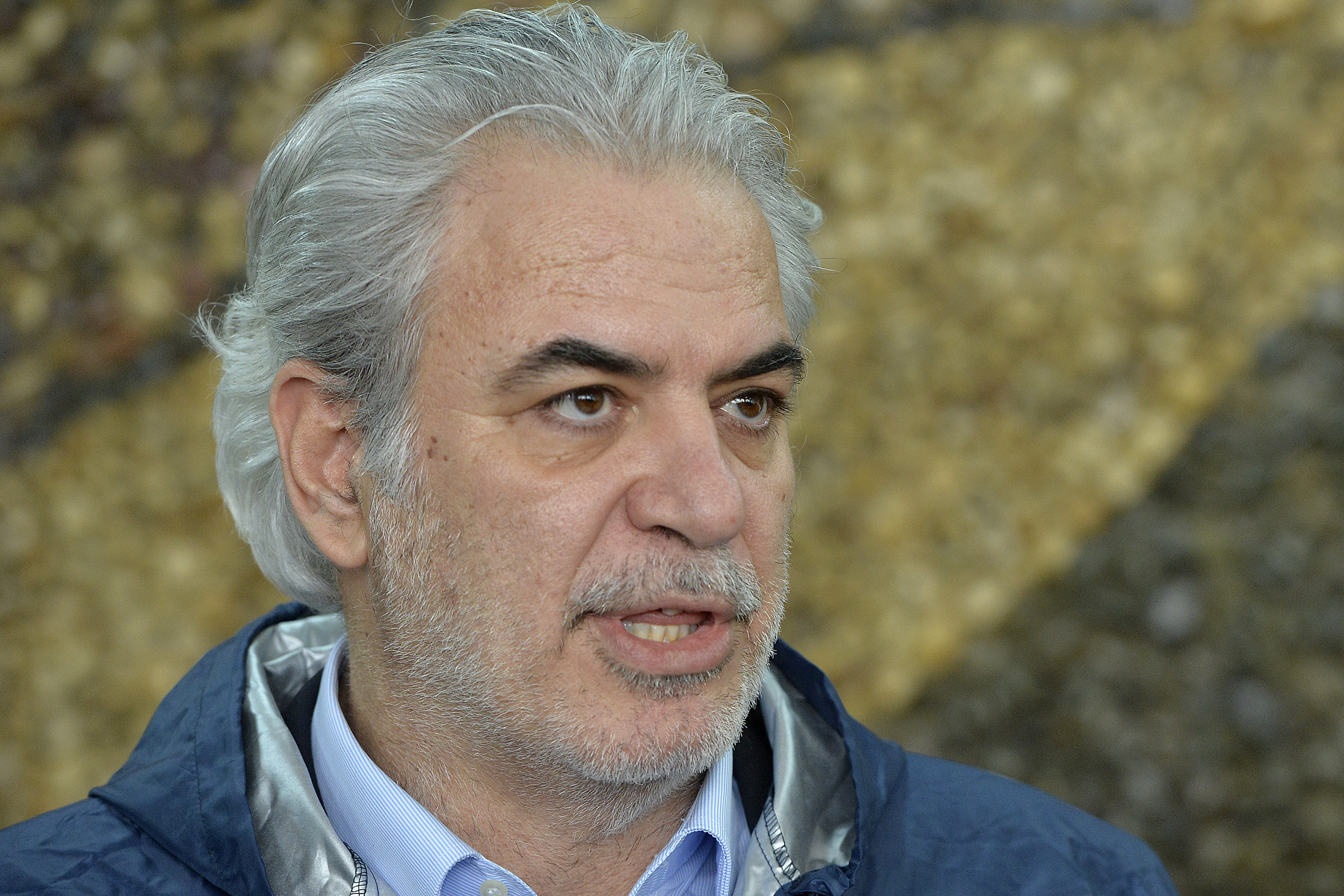 BELGRADE / ADAŠEVCI – During his visit to Serbia, European Commissioner for Humanitarian Aid and Crisis Management Christos Stylianides toured the aid point Adasevci and inaugurated extended child-friendly space aimed at mothers and children. His visit to Serbia started with the meeting and discussion with Prime Minister Aleksandar Vucic.

“Serbia is the Key EU Partner”

“Serbia is the key EU partner. You know what this means. This was proven when we opened the first chapters within EU-Serbia negotiations. Serbia is the key EU partner because of the manner in which it manages the migrant crisis. The scale of this crisis is not national of regional, but global,” said Stylianides at the joint press conference following his meeting with Prime Minister Vucic.

He said that Serbia “should be admired” for the work it has done, adding that border guard services and civil society also contributed to such work.

In order to tackle the refugee crisis, it is necessary to find political solutions to conflicts in Syria, Afghanistan and Iraq, Stylianides said.

Prime Minister Vucic said that Serbia would continue “be responsible” in managing the crisis, but he also underlined it needed EU support in order to do so.

He thanked Stylianides on the decision to establish Belgrade Office for Humanitarian Affairs and added the decision represented “a positive signal” for Serbia.

Answering the press, Vucic said that even if a large number of migrants should be returned from certain European countries, he believed Serbia was facing another migrant crisis.

“It is not a realistic prognosis. Our cooperation with the EU is good. We regret the pressures faced by Germany, the Netherlands and Sweden. These countries are heroes in facing this issue. We are merely part of the transit route,” Vucic said.

European Commissioner Stylianides did not completely dismiss the possibility of a new influx of refugees into the Western Balkans, but he underlined that positive steps were made in terms of addressing the crisis at EU-level and that there was political will to tackle it.

The EU will continue to support Serbia in tackling the crisis, he said and reminded that the EU approved EUR13 million in December for crisis management.

Child-Friendly Space Opened in Adasevci Thanks to EU Support

The Commissioner for Humanitarian Aid and Crisis Management Stylianides, together with the Minister of Labour, Employment, Veteran and Social Affairs Aleksandar Vulin and the Commissioner for Refugees and Migration Vladimir Cucic visited the Adasevci aid point.

Together with UNICEF representative Michel Saint-Lot and Minister Vulin, Commissioner Stylianides inaugurated the extended child-friendly space, which is used by mothers and babies for feeding and changing as well as for children to play. The child-friendly space was set up in December 2015 with financial support from the European Union by the World Vision and UNICEF in close coordination with the Commissariat for Refugees and Migration. The new extended space now offers even more room for mothers and children to rest and obtain information and advice on nutrition for their children, hygiene and safety.

Commissioner Stylianides also visited the Adasevci aid point and got acquainted with different services offered to migrants and refugees. The European Union, in cooperation with international organisations and NGOs, is providing a number of services for refugees and migrants in Adasevci including helping the Commissariat for Refugees and Migration to cover running and maintenance costs of the centre, providing beds, hygiene products, clothes and food as well as services such as first aid, psychosocial support, translation and information for refugees and migrants. The EU’s partners in Adasevci include UNHCR, UNICEF, the Serbian Red Cross, the Danish Refugee Council and World Vision.

Following the visit, Stylianides said the entire centre and the child-friendly space were a showcase of EU solidarity and support offered to the countries of Western Balkans through EUR20 million. Part of this money has been invested in this newly opened child-friendly space.

“The EU is your partner and will continue to help you and support your efforts,” Stylianides said.

Background information on EU assistance to refugees and migrants in Serbia

The EU has already given 14 million Euros to Serbia since summer 2014. The aid package is structured in the following way:

– 6 million Euros of humanitarian aid have been given by the EU’s Directorate for Humanitarian Assistance and Civil Protection (ECHO) to provide basic essentials such as temporary shelter, food, health, water, sanitation and protection for women and children. The aid is delivered by the EU’s international partner organisations.

– 7 million Euros have been given through the EU’s pre accession funds (IPA-funds) to help Serbia’s authorities to increase operational capacity and pay salaries for staff in migrant reception centres as well as to purchase equipment needed to support the refugees such as vans and buses. The aid is implemented by the Commissariat for Refugees and EU Delegation’s NGO partners ASB, Danish Refugee Council and Help.

– Close to a million Euros have been re-allocated by the EU Delegation from pre-accession funds to meet immediate needs in reception centres such as purchasing sanitation equipment and refurbishing reception centres.  ECHO has allocated an additional 13 million Euros to the Western Balkans in humanitarian aid. The majority of this will be used for Serbia for continuation of activities such as winterisation and provision of basic health and protection services, delivery of hot meals to refugees during the cold period, assisting the Commissariat for Refugees and Migration in the management of the camps and the running costs (sanitation, heating, maintenance) and providing additional shelter.