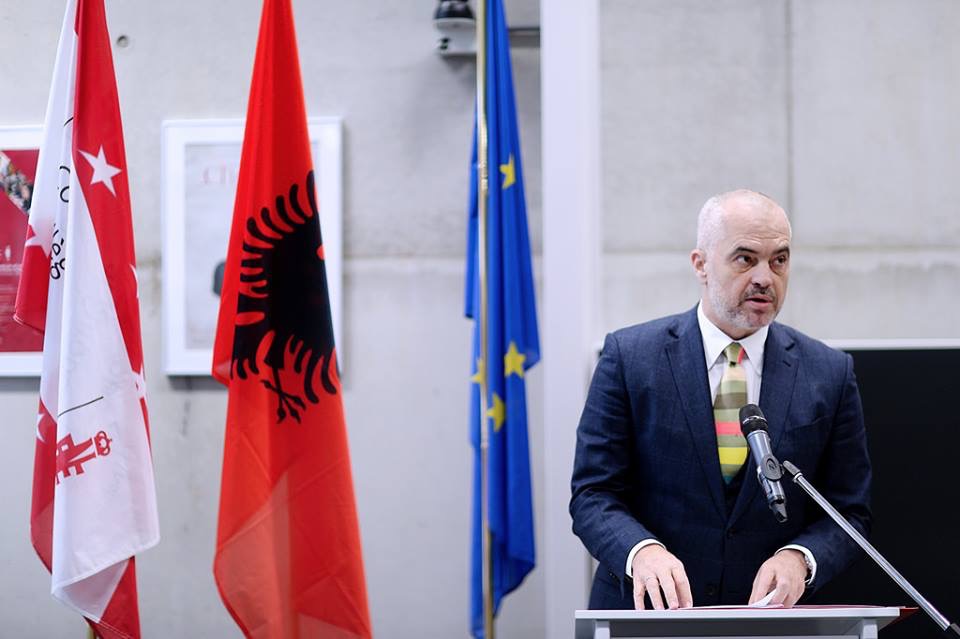 BRUGES – On Friday, 22nd of January 2016, Albanian Prime Minister Edi Rama gave a lecture at the College of Europe in Bruges. In his speech, entitled ‘Keeping the Dream of an Open Europe Alive’, he addressed the significance of the European Union and the enlargement process from the Albanian and regional point of view.

He talked about the transformative power of the EU, noting that European Union’s standards and criteria are the main catalyst for reforms, which are led by the determination of the aspiring countries to join the EU.

”The integration process is a unique tool for a country like Albania and the ex-communist countries in general, to democratize and modernize. There is no question when we can all come to Brussels, but when we will be able to be a normal part of the European family, and the fact that we talk about it doesn’t mean that we are already there; there are no additional obligations for the EU, while for us is essential to keep our country and our society on the right path.”, said Rama.

In the context of the aligning with EU standards, the Prime Minister mentioned justice reform in Albania. “Now we are in the first phase of finalization of the justice reform. The Venice Commission is recognized as an adviser by both sides, so I am confident that we will overcome the obstacles.”

He also talked about the free movement for Kosovars, noting that there is a paradox in the visa requirements for Kosovo: “People in Kosovo today can not move freely, while ironically, when they were a marginalized community in Yugoslavia, could move smoothly. They are the only country in Europe that still need visas. This is a terrible paradox. This makes them feel trapped in their own independent state and in view of the common people, it sounds like a betrayal by Europe.”