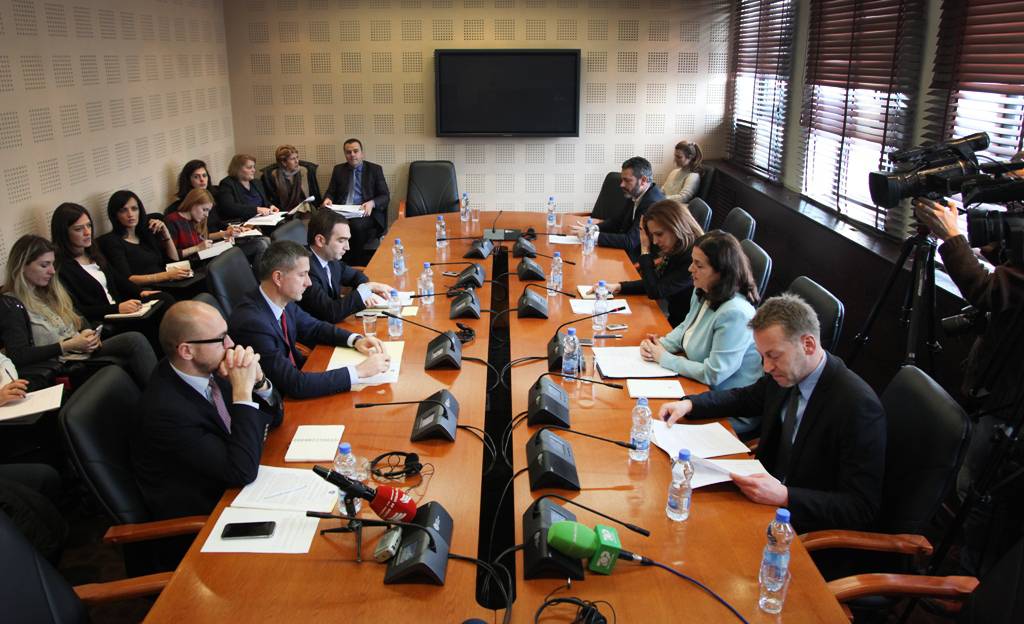 PRISTINA – Minister of European Integration, Mr. Bekim Çollaku today reported before the members of the Parliamentary Committee for European Integration of the Assembly of the Republic of Kosovo on the fulfilment of the last eight recommendations for the visa liberalisation process.

Minister Çollaku confirmed that these criteria have been fulfilled and emphasised that the recent inputs delivered to the EU a few days ago, contain the outcomes and specific achievements in regard to the fulfilment of the last eight recommendations, and expressed his belief that the same shall be positively assessed by EU institutions. The Minister of European Integration also presented before the members of the committee the achievements for each recommendation separately, and responded to the concerns of the members on the matters related to these criteria.

“We expect a positive assessment by the EU with regard to fulfilment of such criteria, and hope that it will happen during the visit of EU Commissioner Mr. Dimitris Avramopoulos to Kosovo. A positive assessment would officially open the path of our citizens for visa-free travel to Schengen Area countries within the year”, stated amongst others Minister Çollaku.

Additionally, minister Çollaku extended his gratitude to the MP’s for the active supervisory role of the Committee throughout each steep in this important process to the citizens of Kosovo.