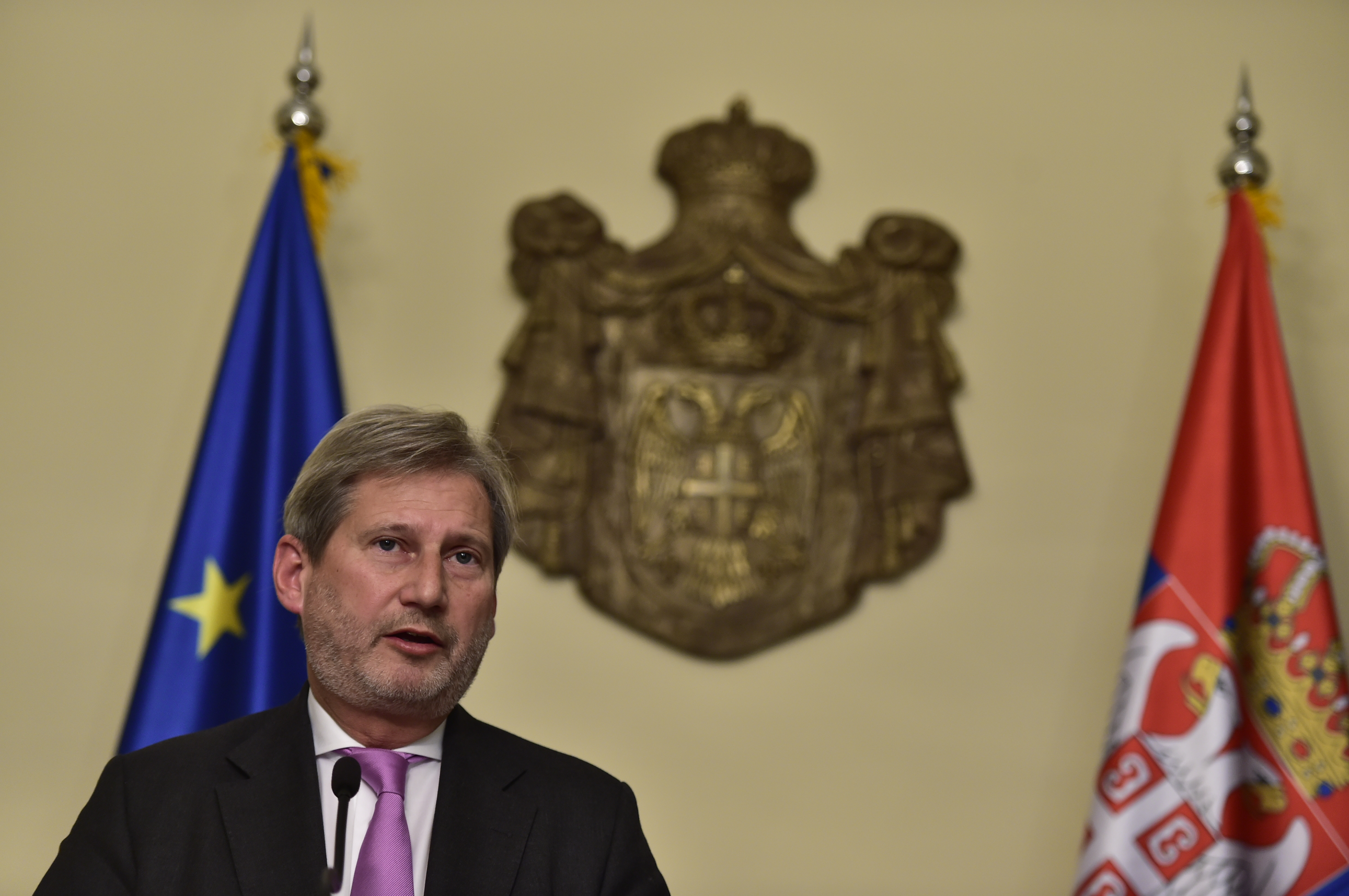 STRASBOURG – Serbia is on the right track, Serbian Minister responsible for European integration Jadranka Joksimovic and the European Commissioner for Enlargement Johannes Hahn agreed in Strasbourg Wednesday.
Joksimovic and Hahn discussed Serbia’s European integration, particularly in the light of Serbia’s early parliamentary elections to be held this year, and agreed that Chapters 23 and 24 could be open by mid-year.

After meeting with Hahn, ahead of a European Parliament (EP) debate on a resolution on Serbia, Joksimovic told Tanjug that the current government took their commitment to making Serbian society more efficient most seriously, something that the European Commission and the EP had already recognized.

Hahn told Tanjug that it was important for Serbia to remain committed to furthering accession negotiations and opening new chapters.

Hahn: Serbia has taken major steps on its EU path

Commissioner Hahn in Pristina on 17 May