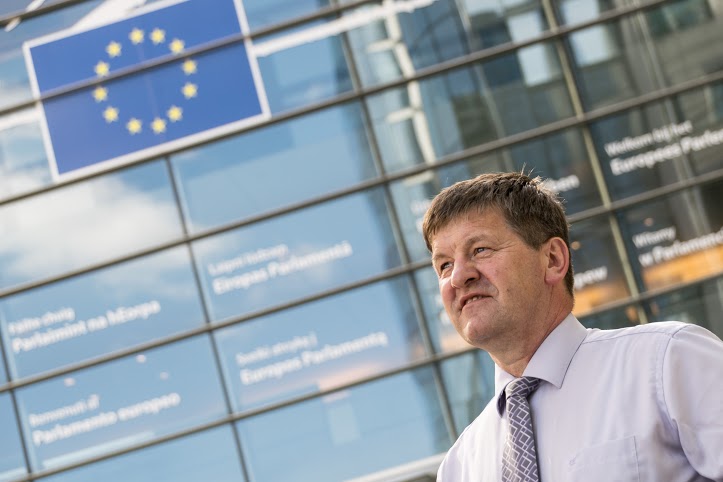 Bogovič: For three decades, the people of Serbia have been hostages of their own politicians, while today when entering the EU they are hostages of politicians from the neighbouring countries and of hesitating EU enlargement policy

STRASBOURG – On yesterday’s third day of the February European Parliament session, Franc Bogovič, MEP (SLS/EPP), greeted the Report on progress of Serbia in 2015. In his opinion the report is balanced and very motivating, for which he congratulated to a colleague and Rapporteur for Serbia David McAllister (CDU/EPP).

Serbia has made a big progress in many areas; therefore, it opened entirely legitimately the chapters No. 33 and 35 on 14 December last year, said Bogovič in the introduction and emphasized that Serbia proved to be very reliable and stable partner at solving the migrant crisis, for which he believes it will continue to act in such a way when the migrant course still runs on the Balkan route. “Stable, democratic and economically successful Serbia is a guarantee for young Serbs to see their bright future at home, in Serbia; also, such Serbia is a prerequisite for stable entire Western Balkans”, emphasized Bogovič.

According to his warnings, the EU must help Serbia on its path of urgent economic reforms, with sufficiently large pre-accession help to improve the traffic and environmental infrastructure and by means of the IPARD funds (Note: IPA Rural Development – the EU’s pre-accession program for helping agriculture and small industry) to enable new jobs in agriculture and small industry.

“We expect the opening of Chapters No. 23 and 24 about judiciary, fundamental rights, freedom and security in the beginning of this year”, also said Bogovič in his speech. He sees opening of these chapters as the right and important way of the democratization of the Serbian society and of improvement of conditions in these areas.

Bogovič wished Serbia a successful path towards the EU even after the elections.

You can watch his speech here.

MEPs call for faster opening of Chapters 23, 24 with Serbia