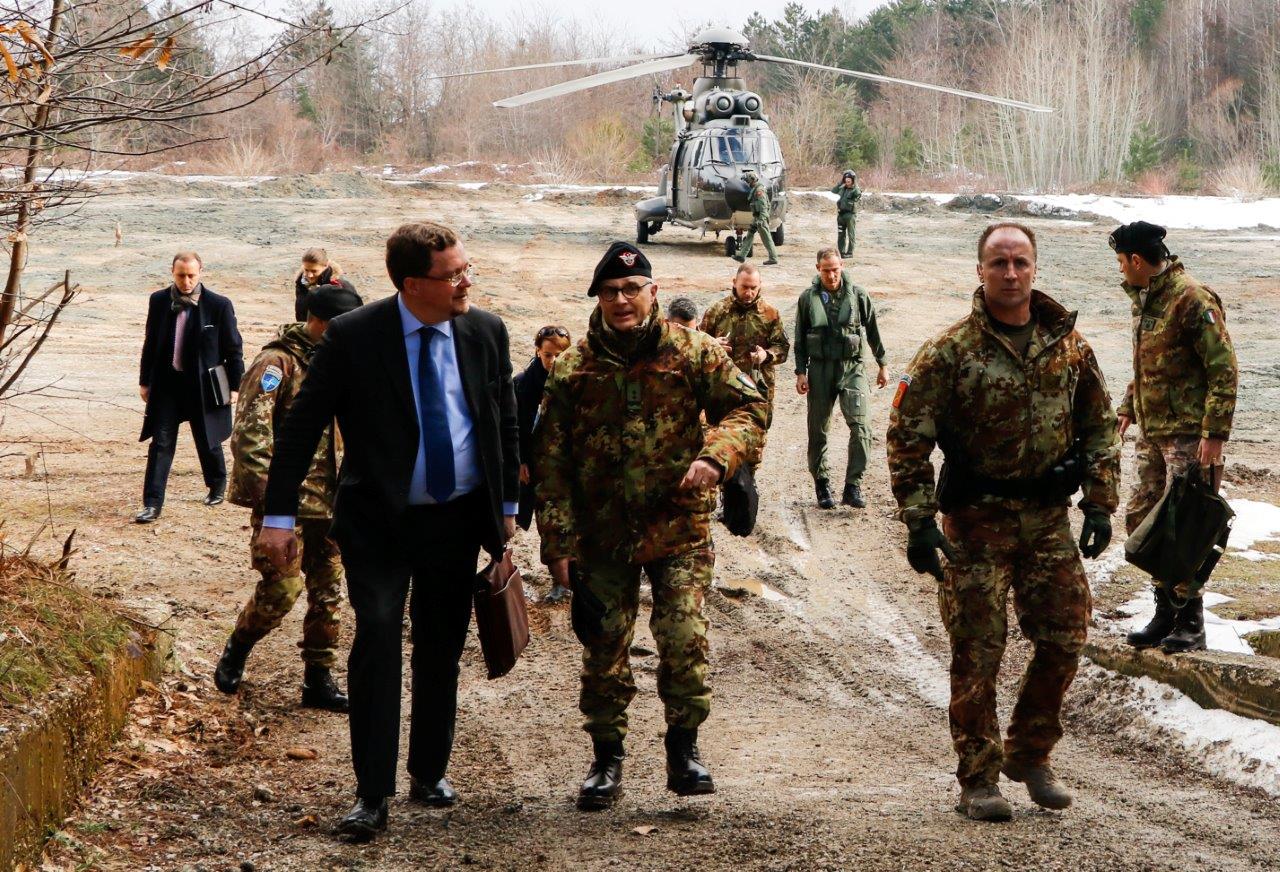 Mr. Patrick Turner during his visit to Kosovo

During his visit, the Assistant Secretary General stressed once again the commitment of the Alliance to ensure a safe and secure environment and freedom of movement for all citizens and communities in Kosovo under the UN mandate.

Mr. Turner met with Major General Guglielmo Luigi Miglietta, the Commander of KFOR. He also met with a range of high level Kosovar officials, with representatives of the international community, including the Head of the EULEX Mission, Mr. Gabriele Meucci, and the Deputy Head of UNMIK, Mr. Christopher Coleman, and with the Directors of both NATO Liaison Teams.

Thirty one countries, including NATO members and partners, provide approximately 5,000 troops to KFOR.

The Rome Declaration: Keeping door open to those who want to join