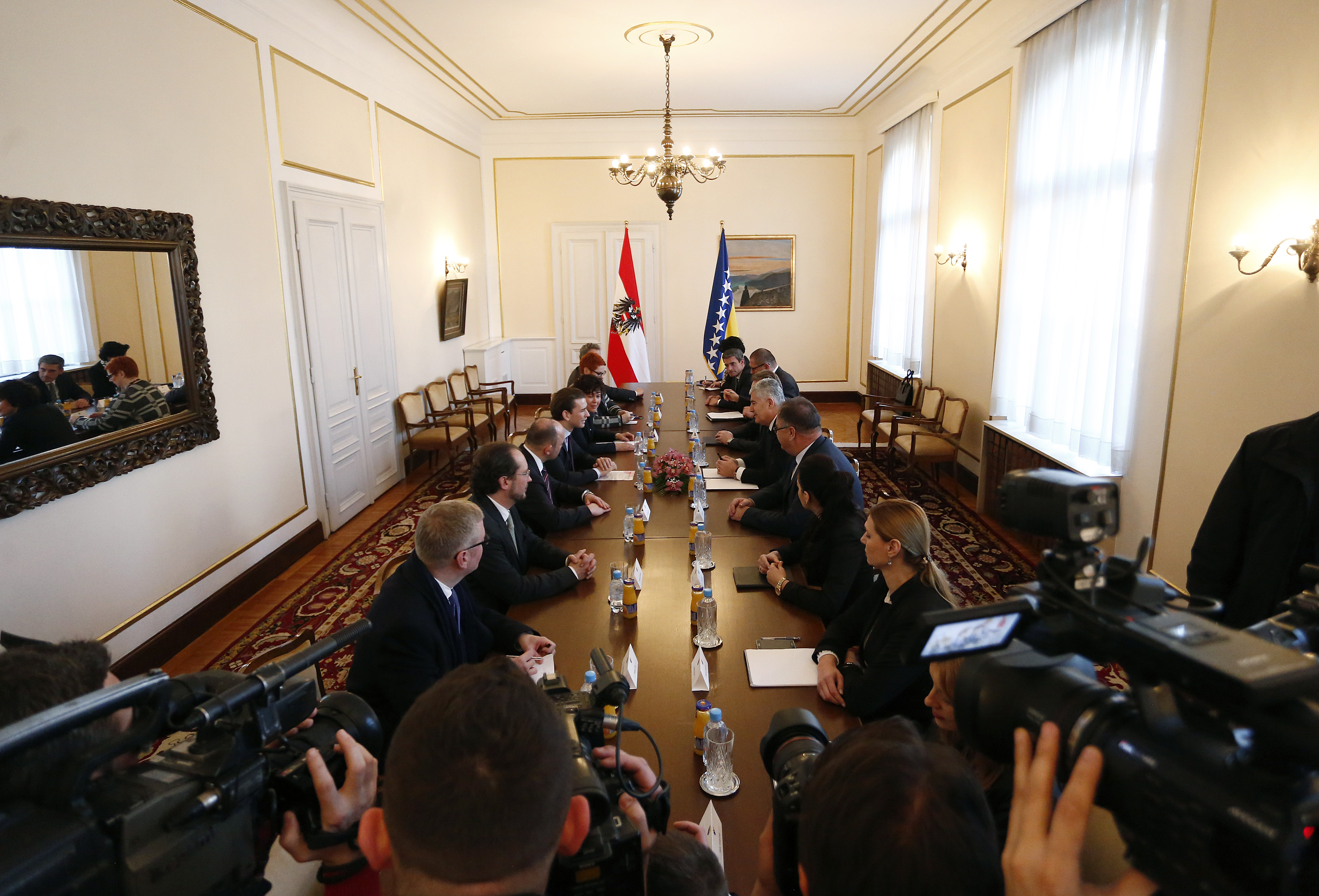 SARAJEVO – Sebastian Kurz, Minister of Foreign Affairs of the Republic of Austria, was today in Sarajevo as the first stop on his official visit to all of the Western Balkans states. Kurz conveyed messages of good cooperation and understanding between the two countries, stating that the Western Balkans, and Bosnia and Herzegovina in particular, are a foreign policy priority for his country. He also stated that „a European Union without the Western Balkan states, is a Union which is incomplete“.

54th meeting of COSAC in the Hague