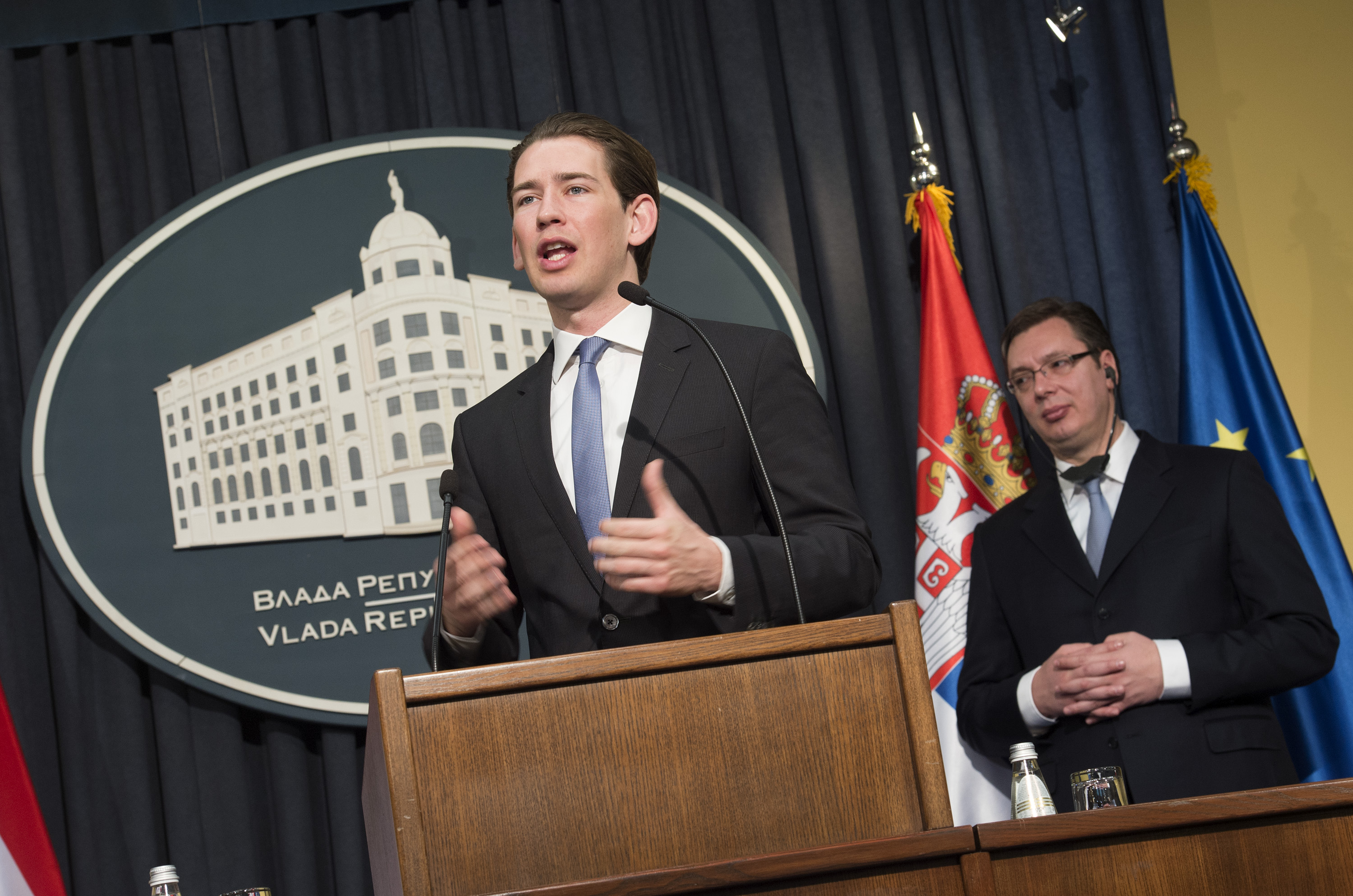 BELGRADE – Austrian Foreign Minister Sebastian Kurz and Serbian Prime Minister Aleksandar Vucic presented the action plan of cooperation between Austria and Serbia in 2016, which provides for the Austrian government supporting Serbia in opening more chapters on its way to the EU and cooperative efforts in tackling the refugee crisis.
The plan envisages the support of next steps in the Serbia’s EU accession process.

Underthe plan, a number of chapters, including Chapters 23 (Judiciary and Fundamental Rights), 24 (Justice, Freedom and Security), 5 (Public Procurement), 15 (Energy),25 (Science and Research) and 26 (Education and Culture), should be opened in 2016.

The plan provides for cooperation in the deradicalization process and combating terrorism.

When it comes to the refugee crisis, close cooperation along the Balkan Route will continue to help control the wave of migrants.

BELGRADE -Austria supports Serbia along the EU path, notably the opening of new chapters, not only Chapters 23 and 24, but also Chapters 5, 15, 25 and 26 that deal with public procurement, energy, science and research, education and culture, Prime Minister Aleksandar Vučić said on Tuesday.

At a joint press conference with Austrian Foreign Minister Sebastian Kurz, the prime minister noted that the Action Plan on the cooperation between Serbia and Austria would give an added impetus to the country along the EU path.

The prime minister underscored that Serbia attached a great importance to the economic cooperation, the plan being to increase the volume of trade from EUR 700-800 million to EUR 1 billion this year.

“In Serbia, there are many Austrian investments, and those firms are expected to hire 2,000 new employees this year,” Vučić said.

Kurz: 2016 will be an even better EU integration year for Serbia

BELGRADE – Austrian Foreign Minister Sebastian Kurz said in Belgrade Monday evening that he believed 2016 would be an even better year for Serbia when it came to Serbia’s progress on EU path.

Addressing a meeting of the Austrian Business Circle, an Austrian businessmen forum in Belgrade, Kurz said he was happy to be in Serbia again, a country which was an important partner to Austria and also the most important country in the region.

He particularly thanked the Serbian government and Prime Minister Aleksandar Vucic for Serbia’s efforts in making the region stable.

Kurz said that Serbia was a country offering many opportunities to Austrian businessmen, which was why around 500 Austrian companies were already present in the country.

Speaking about Serbia’s European integration, Kurz said he was confident that 2016 would be even more successful than the previous one in that respect and Austria would remain a strong partner on the way.

Füle: Assembly must not be a place for ‘military maneuvers’