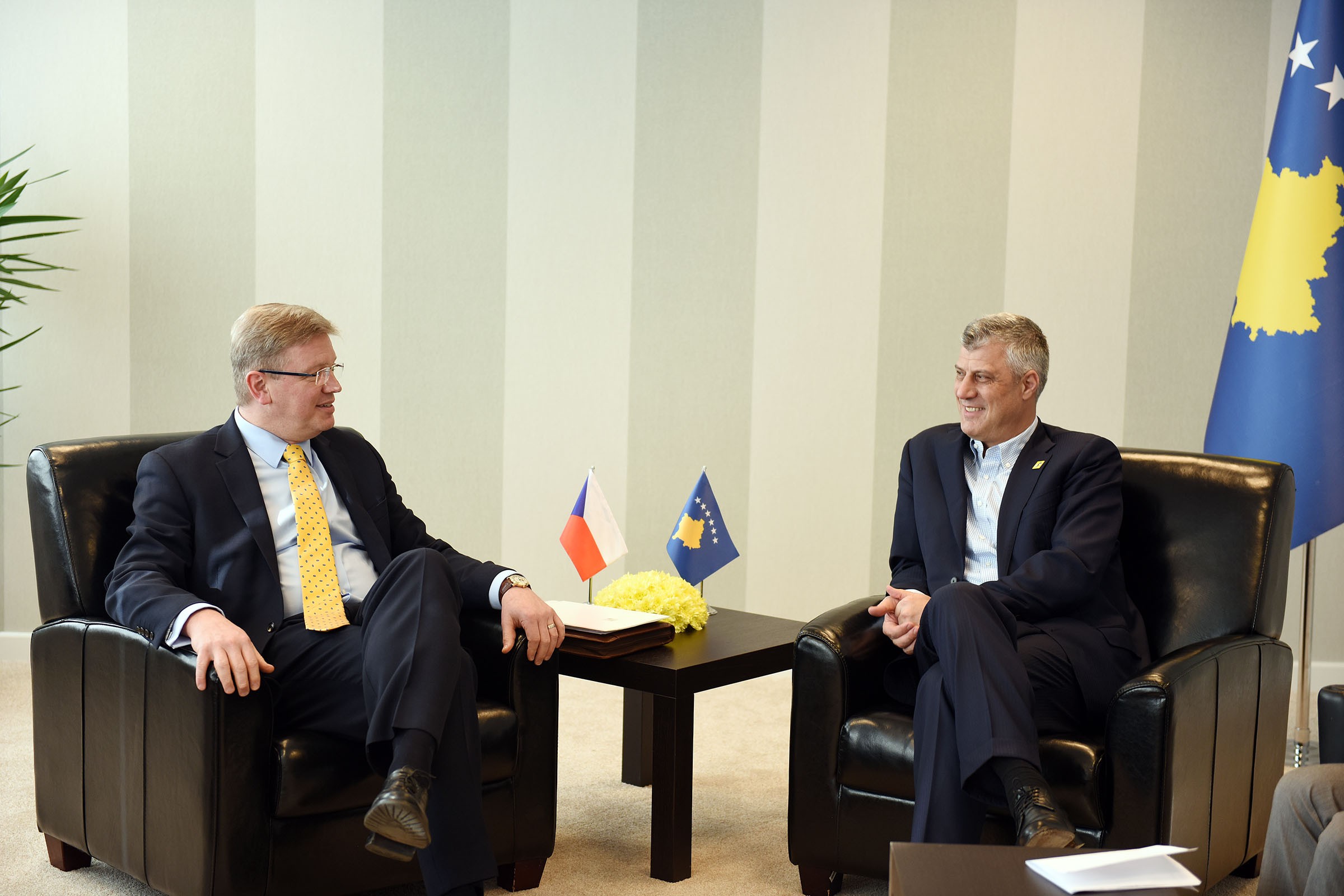 PRISTINA – First Deputy Prime Minister and Minister of Foreign Affairs of the Republic of Kosovo, Hashim Thaçi has received today the envoy of the Czech Republic for the Western Balkans and former Commissioner for European Neighborhood Policy and Enlargement, Štefan Füle.

Prime Minister Thaçi thanked the former Commissioner Füle and the Czech state for the support given to Kosovo on its European path.

“The Stabilization and Association Agreement implies Kosovo’s entry to contractual relationship with the EU”, Thaçi said and added that Kosovo will stand behind its international obligations.

Thaçi said that the dialogue with Serbia will continue and that the agreement reached will be implemented. He stressed that that the Czech Republic remains an important partner of Kosovo towards integration into the EU and NATO.

On the other hand, the Czech envoy for the Western Balkan, Štefan Füle congratulated Deputy Prime Minister Thaçi for Kosovo’s achievements in the EU integration process, but expressed his concern over the domestic political developments.

Füle delivered the official letter informing the Kosovo authorities that the official Prague supports visa liberalization for Kosovo. As regards the internal developments in Kosovo, Füle stressed that “the Assembly must not be a place for ‘military maneuvers’, but rather a place for debate, where problems are resolved”.

54th meeting of COSAC in the Hague